Virginia, the wife of conservative Supreme Court Justice Clarence Thomas, was involved in just about every possible way she could in trying to overturn the outcome of the 2020 presidential election so that Donald Trump would remain in power. 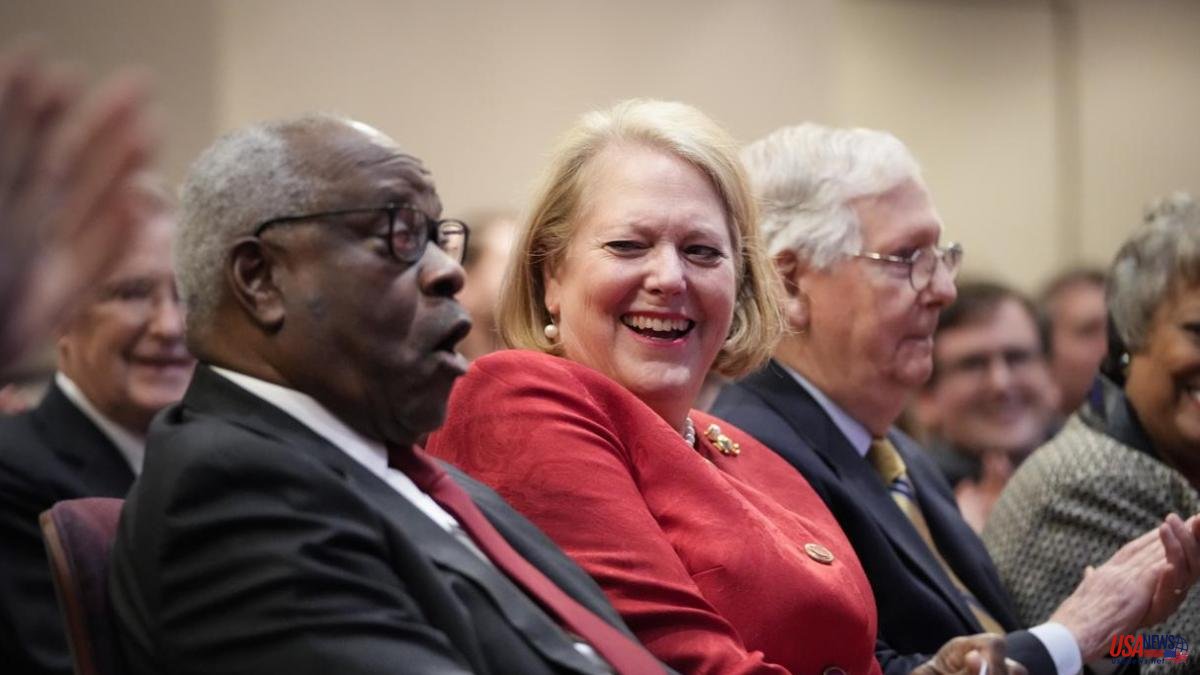 Virginia, the wife of conservative Supreme Court Justice Clarence Thomas, was involved in just about every possible way she could in trying to overturn the outcome of the 2020 presidential election so that Donald Trump would remain in power. The scandal aggravates the disrepute of the institution – now especially eroded by the leak of its draft against the right to abortion – and increases the pressure for Judge Thomas to refrain from any case related to the assault on the Capitol on January 6, 2021, in which a mob of Trump supporters violently took over the headquarters of Congress to try to annul the elections.

Thomas's wife, a veteran ultra-conservative activist, urged at least two Arizona state legislators, after the November 2020 elections, to choose their own list of intermediary voters: those who in the US electoral system decide -in principle in function of the popular vote but with a certain margin of decision- which candidate each state opts for. In her messages, Ginni Thomas falsely claimed that the provisional result that gave the winner to Joe Biden was tainted by fraud, according to The Washington Post.

“As state legislators, you have the constitutional power and authority to protect the integrity of our elections, and we need you to exercise that power now!” the judge's wife wrote in her email to certain Arizona parliamentarians. "Never before in our nation's history have elections been so threatened by fraud and unconstitutional procedures," she added.

Virginia Thomas sent the message, as far as is known, to the president of the state House of Representatives, the Republican Rusty Bowers, and to the deputy of that body and member of the same party Shawnna Bolick, who this year will run for the position of secretary of state of Arizona : A position that would make her the top election administrator in the state.

The emails prove a much more direct involvement of Ginni Thomas than previously thought in the conspiracy against Biden. And that the traces of that participation in the intrigue were not few. As was discovered months ago, she also wrote to Trump's last chief of staff, Mark Meadows, after the election to encourage him to work on overturning the election result. She and she admitted to having attended the former president's rally that preceded the assault on the Capitol, resulting in 9 deaths. She specified, yes, that she left before Trump spoke and before his followers stormed the parliamentary headquarters.

Clarence Thomas was the only one of the nine members of the Supreme Court, including the other five of the conservative majority, who in January voted against Trump's attempt to block the delivery of presidential records to the congressional committee investigating the January 6 insurrection.

The Democrats have insistently asked the magistrate to refrain from judging any case related to the events of 6-E and even any possible lawsuit about the 2024 presidential elections.

The Supreme Court is today the scene of crossfire between progressives and conservatives in the US, inside and outside the court. One of the magistrates closest to the center-left, Sonia Sotomayor, was explicit when, at the hearing on abortion in December, she asked a question: Will this Court survive the "pestilence" generated by the public perception of the politicization of justice?