The Week, between the Diada, the fantasy, the classics and the batucada

La Diada also forms part of La Setmana del Llibre in Català, and in this 40th edition, the proximity of the event, on the other side of the coastal ring, marked it in atmosphere and sound. 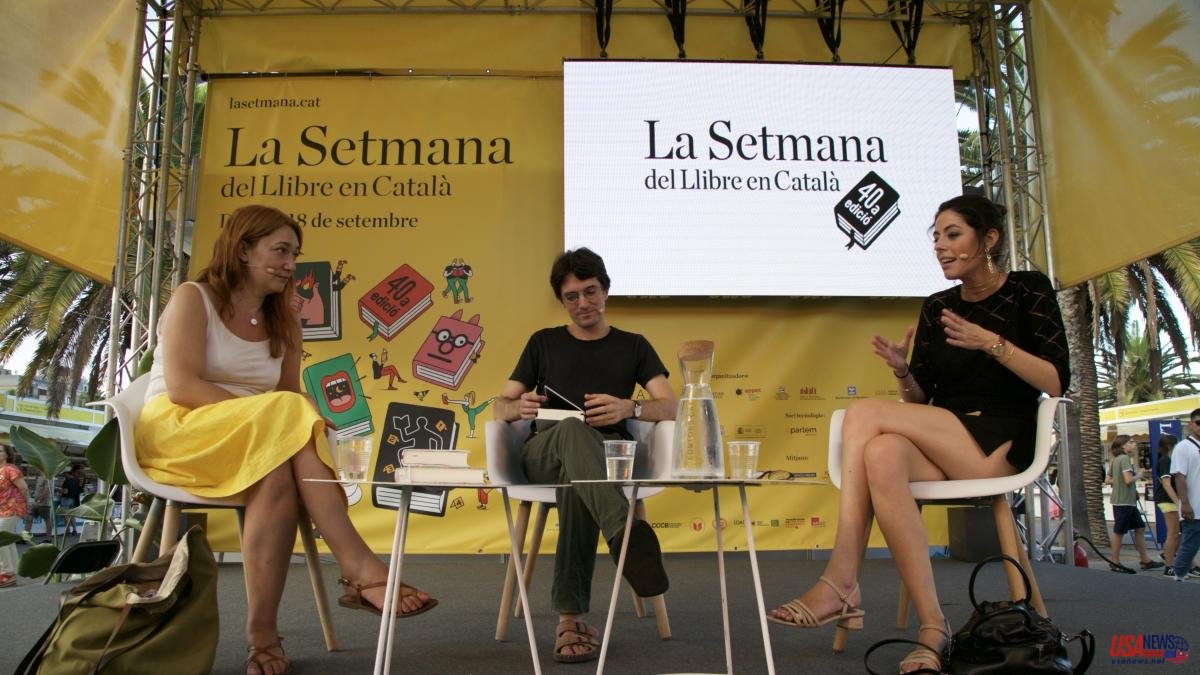 La Diada also forms part of La Setmana del Llibre in Català, and in this 40th edition, the proximity of the event, on the other side of the coastal ring, marked it in atmosphere and sound. In addition, part of yesterday's programming was focused on the Diada, but there was also room for the classics from here and there, as well as witches and fantasy and science fiction. And crime.

The morning was marked by the programming of the party, with a conversation with president Quim Torra based on his book Les hores incertes (Símbol), the presentation of The Defeat of Catalonia and the Destruction of Barcelona, ​​by Josep Plantí (Adesiara) , or a session on the history of Catalonia, with books by Francesc Canosa (Water in the veins, Fonoll), Magí Sunyer (The myths of the republic, Eumo) and Angelina Llongueras (Eines vitals para independencia, Llibres de l'Index ).

In the afternoon the contemporary classics gained ground under the blessing of the sun and the heat, the helicopter, the shouts of the demonstration and, after 7:00 p.m., an eternal batucada.

Isabel Monsó, Bernat Puigtobella and Valèria Gaillard spoke about Marcel Proust, taking advantage of the fact that the centenary of his death will soon be celebrated, and that in a few days Vienna will publish the last volume of Josep Maria Pinto's translation of A la recerca del temps perdut. Gaillard, who is also translating it for Proa, assured that "it's like a black hole, it absorbs all the energy", and they dispelled some of the myths about the difficulty of reading it.

Pau Minguet, Joan Safont, Teresa Ibars and Joan Todó spoke of another classic, Guillem Viladot, whose centenary is being celebrated, who claimed the vanguard of a writer who, although he felt on the sidelines, dealt with very current issues and points of view.

Raül Garrigasait, the wise man from Solsona, the poet and translator Míriam Cano and the editor Blanca Pujals spoke among the batucada of Jane Austen, whom they described as a writer of female empowerment. Garrigasait was surprised by the ability to attract today's readers, considering that contrary to what happens in his books, nowadays "feelings and relationships are very fast and you don't have to depend on relationships to get ahead ”. Pujals recalled that series like Sex and the City or Clueless are in fact adaptations of her and Emma's Pride and Prejudice, respectively, while Cano emphasized the underlying values: "By being intelligent, kind and individualistic you can have a full life."

After a chat about witch hunts, fantasy and sci-fi news were the stars of the afternoon, and Crims.cat celebrated its 10th anniversary. “Catalonia is Wagnerian but also Proustian”, he had said to himself in the middle of the afternoon. It's also fantastic.