The wars lost by Russia and the half won

There is no country that has an impeccable military record; In its history, along with great victories, resounding defeats tend to coexist. 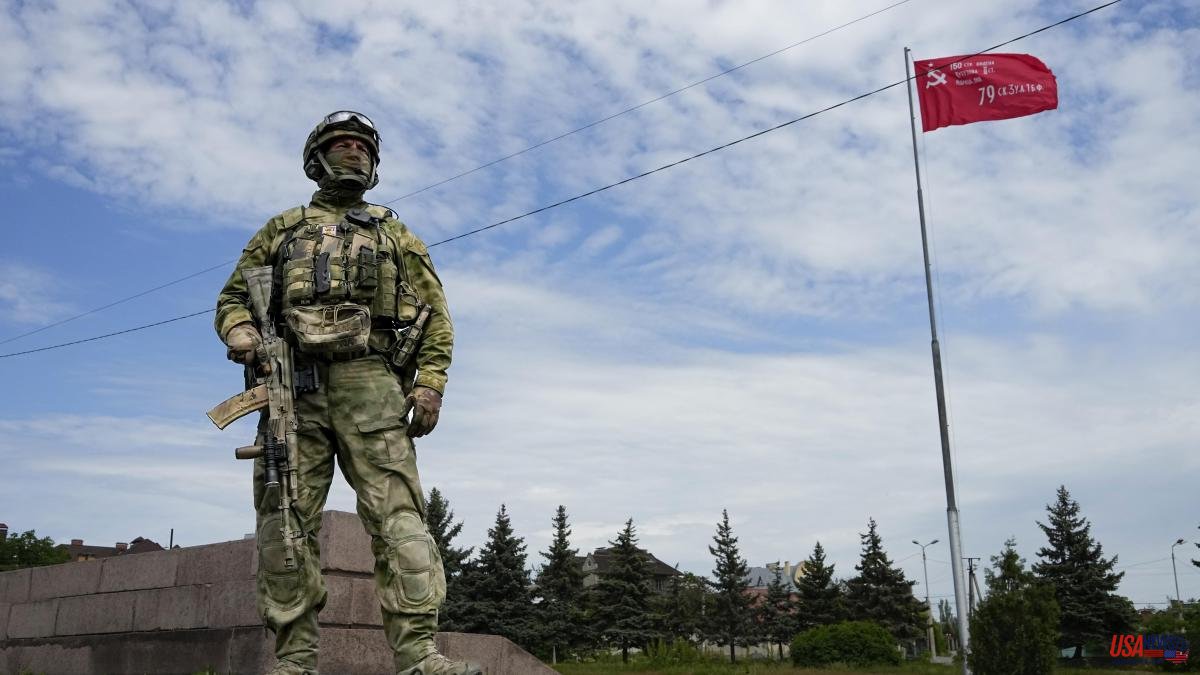 There is no country that has an impeccable military record; In its history, along with great victories, resounding defeats tend to coexist. With regard to the major wars waged by Russia since the beginning of the 20th century, apart from the conflict in Ukraine, the balance is very irregular, with a high proportion of failures and extremely costly victories in human lives compared to the standards of other countries. The Russian military culture, the political decisions and the dynamics of the economy, explain a sinuous trajectory.

In the last 120 years, Russia -or the USSR- have taken part in dozens of conflicts of greater or lesser importance and many of them have ended successfully, especially the smaller ones. Interventions in the midst of the Cold War, such as those in Hungary or Czechoslovakia (perhaps something similar to what was intended with the current invasion of Ukraine), were quick and relatively neat military operations. Others, like the interventions in Georgia or Transnitria or the second war in Chechnya (but not the first) ended just as Putin had planned.

But in larger wars, the balance has been more unequal. Throughout history, the development of these conflicts has shown a series of constants in the form of problems in military preparation, errors in prior analysis or in the execution of strategic decisions. All this has meant that even the victories have had an enormous cost. These warlike confrontations have always had consequences in Russian domestic politics. These are the main among these armed conflicts.

Greg Carleton, a specialist in Russian military history at Tufts University, distinguishes between wars that are necessary, basically defensive and that Russia has successfully completed, and those that are waged by choice, that is, those that obey strategic objectives and that do not they are unavoidable. Of the latter, the first that Russia waged in the 20th century was the one that faced Japan (1904-05), then an emerging power but considered third-tier. Until she proved otherwise.

In a case that bears parallels with the position of the Spanish establishment before the war in Cuba, the excessive triumphalism of the official Tsarist propaganda presented the Japanese as "insolent Mongols" whom Tsar Nicholas II himself called makaki (monkeys). . The war in the Pacific, which should have been a military outing, turned into an ordeal for poorly equipped Russian troops fighting on a front 10,000 kilometers from the capital. The regime did little more than send icons to soldiers to boost their morale. "The Japanese are pounding us with machine guns, but it doesn't matter: we will pound them with icons," General Dragomirov said.

The war ended in a humiliating defeat with devastating consequences for the country and the army. The disaster revealed the lack of industrial and military resources but also the harmful influence of the core of the court that had favored the war and in particular the Tsar. As Orlando Figes recalls in The Russian Revolution (Debate), the failure of the war undermined the foundations of tsarism and opened the revolutionary period.

By the time the First World War broke out, Russia had not solved the military problems, while the social and political ones grew. The army went to the front with serious problems of enlistment, internal cohesion, officer capacity and lack of supplies. The Russians went to the first great conflict of an industrial nature with a backward and rural production system.

All this, together with the incompetence of the high command, was already evident in the first act of the war, when the offensive against East Prussia failed in which a quarter of a million men were lost, a figure that already showed a constant that it would continue in most of the wars in which the country has participated since then: the great sacrifice of human lives in its ranks, a fact that has surprised observers in the case of Ukraine.

Conditions did not improve in the following years and the enormous losses and consequent massive levies, as well as the hardships in the rear, increased social discontent and further undermined the tsarist system. A huge army -6 million soldiers- but demoralized did not oppose the seizure of power by its Bolsheviks who signed the peace of Brest-Litovsk in March 1918. Russia suffered more than nine million casualties, including dead, wounded , prisoners and disappeared.

Finland has reason to be worried about Russia. And vice versa. At the end of 1939, the USSR crossed the border and started the Winter War, a conflict that, apart from the distance, is reminiscent of the Ukraine. Soviet territorial claims were the reason for launching an offensive in which Stalin's forces outnumbered the Finnish army 4 to 1, also much inferior in material resources.

The world expected a landslide victory for the Soviet giant over a country of just over four million inhabitants. But it was not like that: the guerrilla tactics of the defenders, who invented and used Molotov cocktails profusely, put the invaders in serious trouble. These, with a chain of command decimated by the Stalinist purges, achieved a Pyrrhic victory, in which more than 100,000 soldiers fell (more than double the losses of the defenders). The USSR seized territory from Finland, but Finland maintained its sovereignty.

When Hilter invaded the Soviet Union in 1941, the Finns sided with the Germans and thus began the Continuation War, but when in 1944 the Nazi retreat was a fact, the USSR and Finland signed an armistice by which the Baltic country changed sides . Again Stalin had won the war, but it cost him more than half a million casualties.

The great victory of the USSR in World War II cannot hide the serious strategic and preparation errors that in the summer of 1941 caused its defenses to crumble before the German push. Misreading of Hitler's intentions, a purge-plagued chain of command, an ill-equipped army and a flawed defensive strategy all added to the high command's underestimation of the adversary, according to Columbia University professor Cynthia A. Roberts. . The result was a disaster that brought the Nazis to the gates of Moscow and an incalculable toll of human life that might not have been lost with the right strategy.

The Soviets regained lost ground, but with a huge human and material investment. In the counteroffensive that culminated in the capture of Berlin in 1945, the constant in the Russian-Soviet military strategy was confirmed, which resulted in a large number of casualties, much higher than that of the rest of the armies. In the conquest of the German capital alone, they suffered 78,000 dead and 274,000 wounded, according to historian Antony Beevor. “These losses (...) were due in part to the intention to reach the capital of the Reich before the Western Allies and in part to the fact that they sent so many armies to assault the city, which caused them to end up bombing a few to others".

Brigadier General Carlos Javier Frías recently pointed out in an article that, while the German strategy consisted of looking for the weak point on the enemy front, the Soviet strategy was the opposite, that is, "the doctrine, with an absolutely centralized army and without initiative was the abundance of means: where the Germans looked for a weak point, the Soviets created it. In other words, in a constant that may have been repeated in the first months of the war in Ukraine and that would explain the high number of casualties, the strategy would be based on the concentration of offensive power, on brute force.

In the general's words, the Russian troops were characterized by the fact that decisions were made in a strongly centralized manner, a method that was largely the result of the communist system itself and that took initiative away from the commanders at the front. Various observers have pointed out that this problem could be repeating itself today, a legacy from Stalinist times.

The development of the Soviet invasion of Afghanistan, which began in December 1979, is in some ways reminiscent of the dynamics of the war in Ukraine. On that occasion, a force of 30,000 soldiers entered the Asian country in order to support the pro-communist factions and strengthen the country as a satellite. But US support for the mujahideen through massive arms shipments turned the operation into the Vietnam of the USSR.

The USSR never came to control the country, just as it would later happen with the American invasion. When the Soviet troops withdrew ten years later, the invasion had not achieved its objectives, had required the permanent deployment of 100,000 soldiers, and had caused a total of 15,000 casualties among the invading troops, not to mention the balance of civilian deaths and the millions of displaced The imprint on Soviet society was very deep and its impact on the collapse of the USSR, shortly after, was not negligible.