The Warriors leave Doncic's Mavericks on the ropes

No team in 146 times in NBA history has gone 3-0 against in the playoffs. 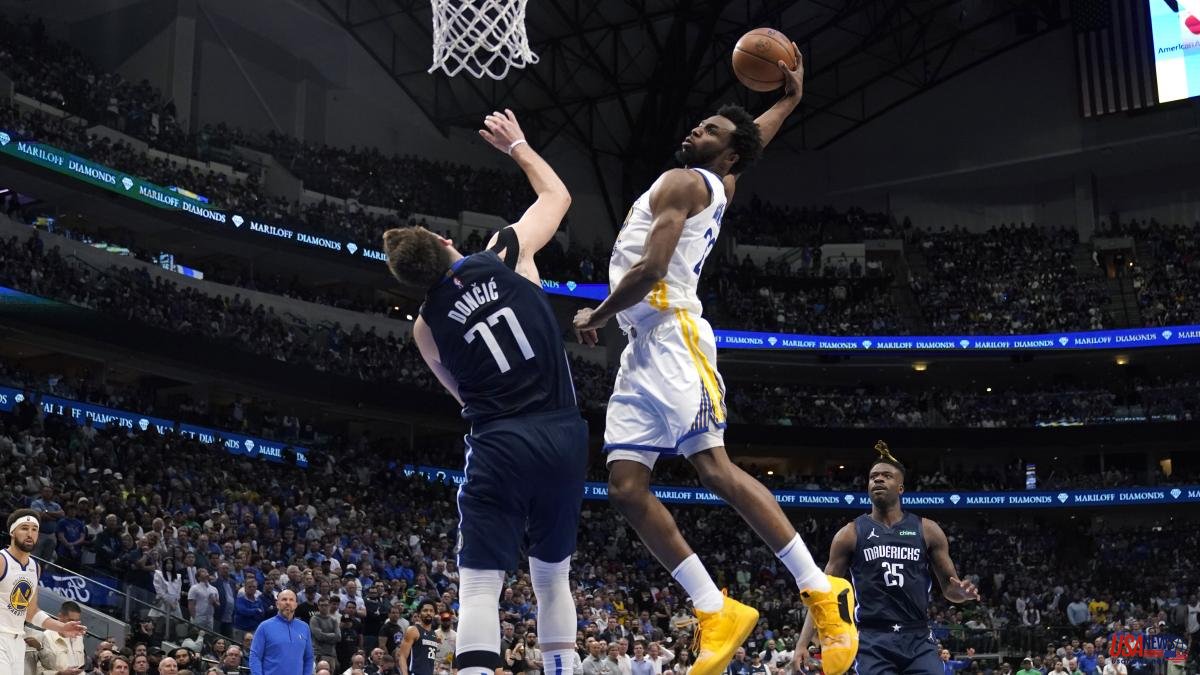 No team in 146 times in NBA history has gone 3-0 against in the playoffs. The Dallas Mavericks will have to make a unique, unprecedented comeback to continue in the fight for the ring after losing the third consecutive game in the Western Conference final against the Golden State Warriors (100-109) at the American Airlines Center, where Stephen Curry stood out with a double-double of 31 points and 11 assists.

The point guard's best ally was Andrew Wiggins with 27 points and 11 rebounds, who also signed the game's basket in the last quarter with a spectacular mate in the face of Luka Doncic. The Slovenian will be remembered from the third game for this play, in which he ended up on the ground, and his 40 points and 11 rebounds, ultimately in vain, will be forgotten.

Doncic already has eight games in the playoffs with more than forty points and left behind the mark of Dirk Nowitzki, a Mavs legend, present in the stadium. However, the German, architect of the only ring in the Texan franchise, recorded six wins and only one loss when he overcame that barrier, while Doncic has a balance of 2-6.

The Warriors had an early 12-point lead at 7-19, before the Slovenian raised his voice and helped cut the gap to three late in the first period with a marvelous 3-pointer at the buzzer.

The Mavs, pushed by their fans, completed their comeback with a strong start in the second quarter (16-6) to take a 38-31 lead, but at that moment Curry appeared with some convincing triples that allowed the Warriors to get ahead on the scoreboard at halftime, with a 47-48 in the light.

Doncic gave it his all trying to prevent the Mavericks from losing, but the Warriors responded with 3-pointers with Curry and Klay Thompson as spearhead. The icing came with the Wiggins mate to make it 83-93.

Dinwiddie gave the Mavericks hope with a 3-pointer that made it 104-99, but seconds later Poole sealed the visitors' victory and practically the tie with another three points from the perimeter. On Tuesday, Curry and company will get their first chance to return to the NBA Finals after a three-year absence.