Mercenaries from the Wagner Group, who are taking part in the Russian assault on the Ukrainian city of Bakhmut, are the latest critics of the Russian high command for their way of organizing the military campaign in Ukraine. 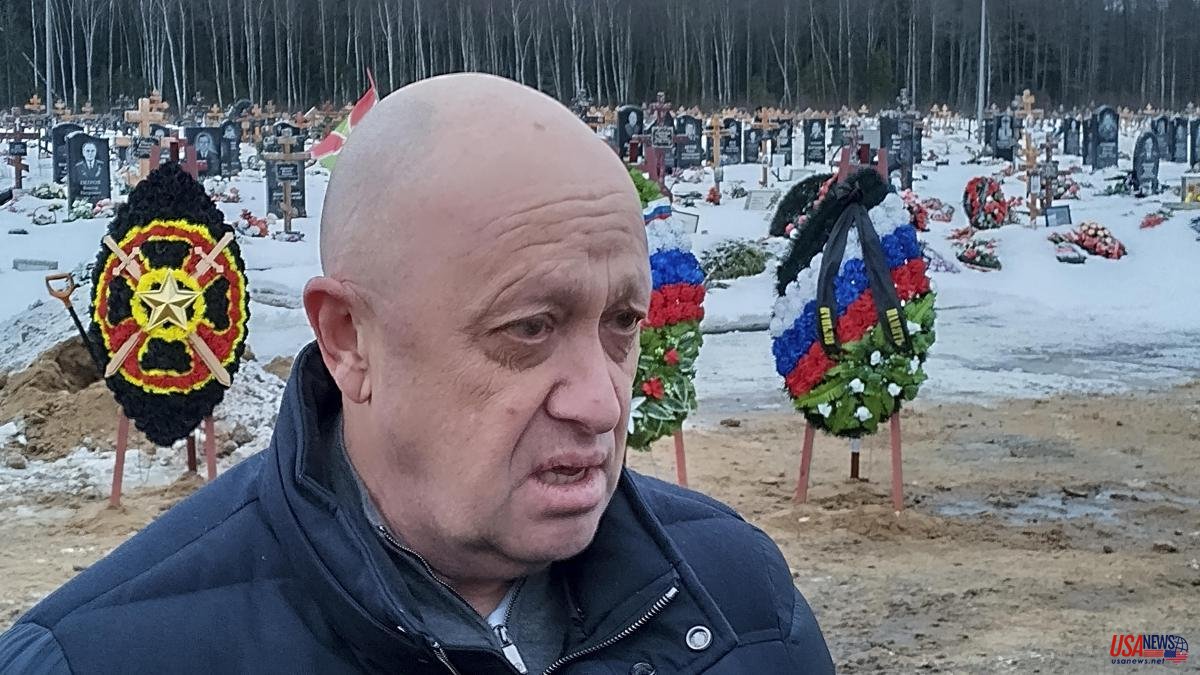 Mercenaries from the Wagner Group, who are taking part in the Russian assault on the Ukrainian city of Bakhmut, are the latest critics of the Russian high command for their way of organizing the military campaign in Ukraine. In a videotaped message, they address the Chief of the General Staff, General Valeri Gerasimov, whom they insult and hold responsible for a situation in which "they have nothing to fight for" and "they have no artillery shells". The oligarch Yevgeny Prigozhin, Wagner's boss, has supported his fighters.

Two men in military uniforms appear in the recording, one with insignia of the Wagner Private Military Company. Using profusely obscene vocabulary, they address Gerasimov, showing their anger at the lack of support.

"We have no projectiles, the boys are dying there for us and we are sitting here, we are not helping," say the two fighters, their faces hidden. “We are close to Bakhmut fighting against the entire Ukrainian army. Where are you? Help us at once! You can't be called anything other than a fagot! While the boys are dying, where are all of you?"

After the video appeared on Wagner-related Telegram channels on December 26, other patriotic military channels began writing that it was a provocation by “Ukrainian nationalists” dressed as Russian mercenaries.

But on Tuesday Prigozhin assured that the video was authentic. “I have gone urgently to see the men. Our main task, and that's what they talk about all the time, is to go and take Bakhmut. (...) And as for the problems that, unfortunately, arise, (...) we will solve them or we will have them solved. There are no nationalists in that sensational video," said the businessman in a voice message broadcast on networks.

Wagner's fighters actively participate in the fighting for the city of Bakhmut, which has been going on for several months now.

Bakhmut is a medium-sized city by Donbas standards. Before the conflict, it had 70,000 inhabitants. But located in the north of the Donetsk province, it is an important transport hub. The highways to important cities of the region pass through this area.

In addition to a good dose of morale after the withdrawals from the Kharkiv province and the city of Kherson, in the event of occupying Bakhmut Moscow would create a serious threat to the supply of the right flank of the Ukrainian units that plan to attack Lisichansk and Severodonetsk, taken by the Russians in early summer. In addition, Kyiv would have to expend energy creating new defensive lines, something that is not easy in the dead of winter.

But the Ukrainian forces are managing to resist. On December 20, the President of Ukraine, Volodymyr Zelensky, visited Bakhmut and decorated the defenders of the city.

Criticism of the Wagner mercenaries has been joined by Igor Guirkin, a former FSB officer who in 2014 served as Defense Minister of the self-proclaimed Donetsk People's Republic (DPR) and who today has become an influential blogger and commentator for the most hard, who defends the confrontation with Kyiv. Last month a court in the Netherlands found him guilty of the deaths of the 298 people on the Malaysia Airlines flight when he was shot down in July 2014 over Donbas. He was sentenced to life imprisonment along with two others involved.

“Gerasimov should not occupy the position he holds, in this I fully support all those who speak like this about Gerasimov. He must be tried by a military court for planning the operation he carried out in March of this year. I am not supporting Prigozhin's criticism, (because) I made this criticism long before, from the beginning of the special military operation," Guirkin, nicknamed Strelkov (the shooter), told the National News Service agency on Tuesday.

From the Duma, the deputy and lieutenant general Viktor Sóbolev, rejected all these criticisms. "As a soldier," at a time of armed conflict, "criticizing those who organize the fighting is unacceptable," he declared.

It is not the first time that the most radical Russian nationalist bloggers and commentators have openly criticized the Russian Defense Ministry. Criticism intensified especially in mid-September, after the "withdrawal" of Russian troops in Kharkiv, as the Ministry of Defense called it. Prigozhin and the head of Chechnya, Ramzan Kadyrov, were among the most active.