The voices of the Camp Nou

In his film Film socialisme (2010), Jean-Luc Godard includes slow-motion images of Andrés Iniesta disputing a ball and falling on the pitch. 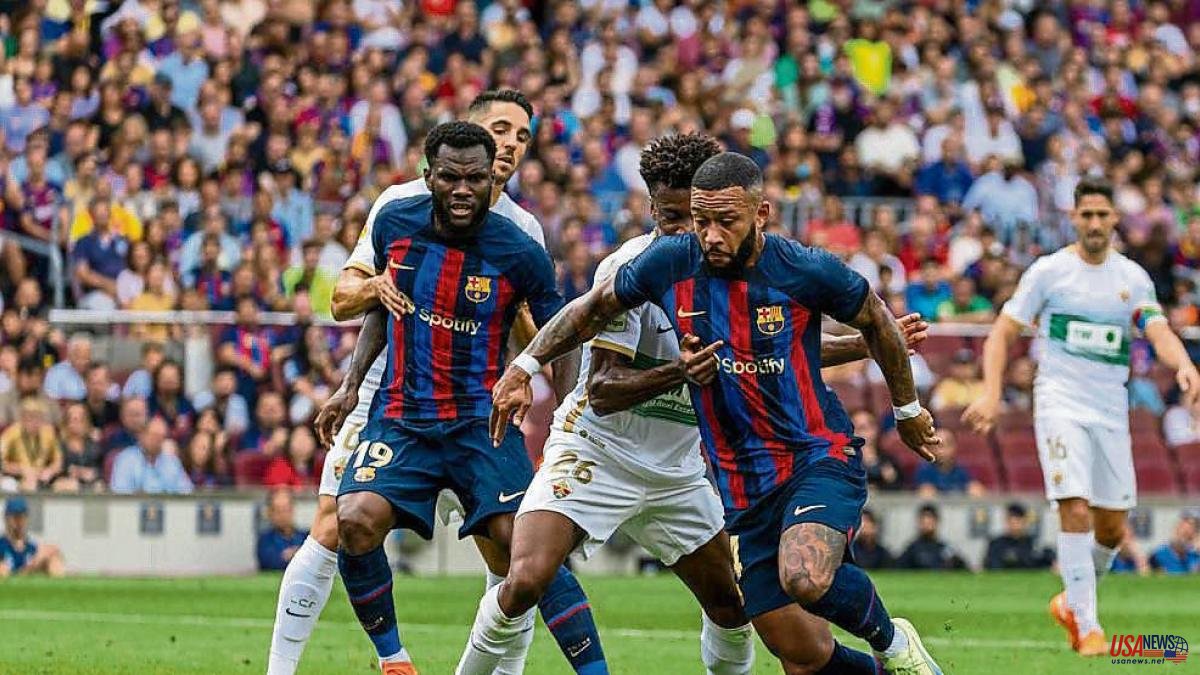 In his film Film socialisme (2010), Jean-Luc Godard includes slow-motion images of Andrés Iniesta disputing a ball and falling on the pitch. It is a tribute to the Barça of the Guardiola era. The image is part of a sequence that tests our ability to relate random audiovisual and literary stimuli. Iniesta appears with the same level of cryptic importance as Hitler, Stalin or Hemingway. The film was presented at the 2010 Cannes Film Festival and the essential magazine So Foot chronicled it (by Jean-Maria Pottier) focusing on Godard's relationship with football.

A footballer with complementary interests in boxing and tennis, Godard included in his films references to Puskas's Real Madrid, the Hungarian national team or Cruyff's Holland. Godard told a founding anecdote: “I perfectly remember the end of the war. We were playing soccer and someone came to tell us that the war was over. I played goalkeeper, and as I turned, I conceded a goal”. All fans know that, in the small area, a second of distraction can have an irreparable cost. On Saturday, Memphis reminded us of it with a gesture that the narrators of yesteryear defined as the ability to move “in an inch of land” and some Argentine broadcasts with the metaphor of a “tango contortion”.

The sensational goal connects with the tradition of the strictly marked striker who, without space, knows how to get out of the shadow of the defenders. Intention, cunning, talent intervene, but also knowing how to receive the ball from behind and impose yourself with a turn that speeds up the sequence and multiplies its effectiveness. It is one of the moves that footballers dream of before a game and that we fans celebrate like the patient fisherman appreciates that, after an infinite wait, a beast takes the bait.

The Camp Nou celebrated Memphis' goal (and those of Lewandowski, one of the most pain-killing players we've ever had) with renewed enthusiasm. You can already talk about generational sorpasso in the soundtrack of the stadium. If with Rijkaard's Barça the cliché of a Camp Nou de Liceu, suspicious and tribune, was broken, the support and the way of expressing it no longer have anything to do with the liturgy of the last century. If before the anatomy of many culés was head, trunk, limbs, cigar and sandwich, today what identifies the public, in addition to the shirt, is the mobile, turned into a notary, witness and disseminator of any incident that happens in the Camp Nou. The match experience has changed. If before the fan was a sponge that reacted to all the nuances of the game and who, as a tip, took the opportunity to unload repressed passions, today the game is a wholesaler of content that is filtered through the image that the attendees want to offer in the social networks. Before the privilege was to be there. Today is for you to find out that I was there. So many culés are lucky enough to know how to do two things at the same time: they watch the match and build the story that exploits the privilege of having been witnesses and protagonists. That the stadium is called Spotify must be, although it is difficult for some reactionaries to admit it, an act of coherence.