The head-on clash between the Popular Party and the PSOE on account of the renewal of the General Council of the Judiciary (CGPJ) was definitively sealed yesterday after the visit of the Commissioner of Justice of the European Union. 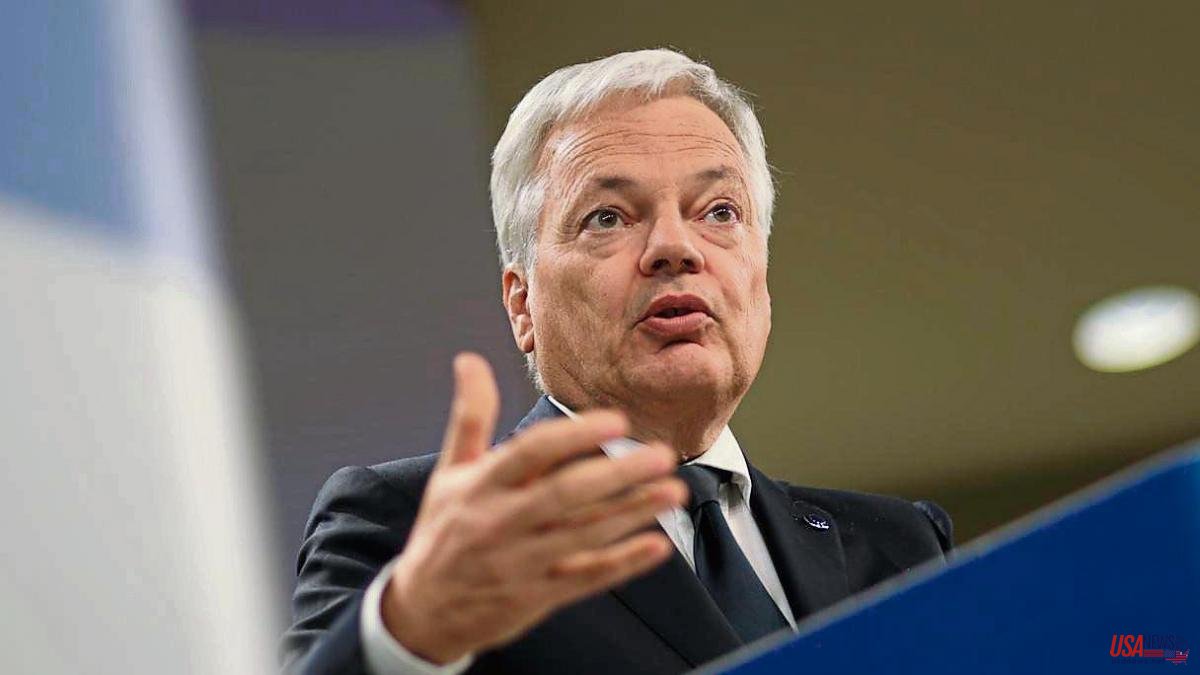 The head-on clash between the Popular Party and the PSOE on account of the renewal of the General Council of the Judiciary (CGPJ) was definitively sealed yesterday after the visit of the Commissioner of Justice of the European Union. Didier Reynders arrived in Spain to test the point of conflict in the judicial crisis and try to act as a bridge to resolve a situation that is beginning to cause concern in Europe.

After his meeting with the person in charge of institutional relations of the PP, Esteban González Pons, and the ministers Félix Bolaños and Pilar Llop, in addition to several judicial associations, it has been black on white that the situation has no way back. The PP continues to defend tooth and nail that the only option to renew the CGPJ is to first modify the law and allow it to be the judges and not the Parliament who elect the members of the body of judges.

The popular leader explained that the blockade is the result of the "undesirable" situation that Spain has been experiencing in recent years, and that the PP wants to redirect "building bridges", because "the situation, judicially, is unsustainable, politically toxic and internationally it is damaging and will damage Spain's image abroad much more”.

The Government gives its own version. As Llop explained after the meeting with Reynders, the debate on reforming the law would not have taken place if the PP had renewed the body of judges in a timely manner, complying with the constitutional mandate.

And in case the Justice Commissioner had any doubts, Bolaños presented him with a list of 19 different excuses from the PP to avoid carrying out the renewal of a body that is on its way to four years in office. The Government speaks of “obstructionism”.

Reynders insisted on the "concern" of the European Commission for the situation of Spanish justice because this blockade reveals an appearance of political control over the judiciary and a lack of independence of the judges.

The key to the matter is that the PP wants to reform the law and then renew it, while the PSOE wants to decide on new judges and then decide whether to sit down and negotiate a reform that it is not in favor of, in the belief that there is still a vast majority of conservative magistrates in the judiciary.

The commissioner conveyed to his interlocutors a clear idea: renew the body of judges immediately and then reform the law so that the system for electing members complies with European regulations.

Reynders leaves Spain with the feeling that both formations have understood the message and will be willing to provide a solution.

For the European commissioner there is another problem, which directly affects the Government, which is the presidency of the Council of the European Union by Spain in 2023. Reynders has slipped the idea that "perhaps" it would be better if this situation was resolved by then with the European recommendations already applied.

Reynders wants to see first-hand what is happening in Spanish justice and that is why today he is meeting with the president of the CGPJ, Carlos Lesmes, who has already announced that he is going to resign in an act of pressure on the PSOE and PP.

Lesmes waits for the visit of the European commissioner to have an immediate reaction in the formations. Meanwhile, the president of the Supreme Court has tried to force the CGPJ to appoint the two magistrates of the Constitutional Court that correspond to him before leaving.

In the plenary session held yesterday it was once again clear that the conservative bloc is not currently in a position to present a candidate. They have given themselves the date of October 5 to try to reach an agreement. Lesmes has been given until the 13th of next month to put an end to it.