Argentina's victory in the World Cup final in Qatar is dominating the majority of publications on social networks. 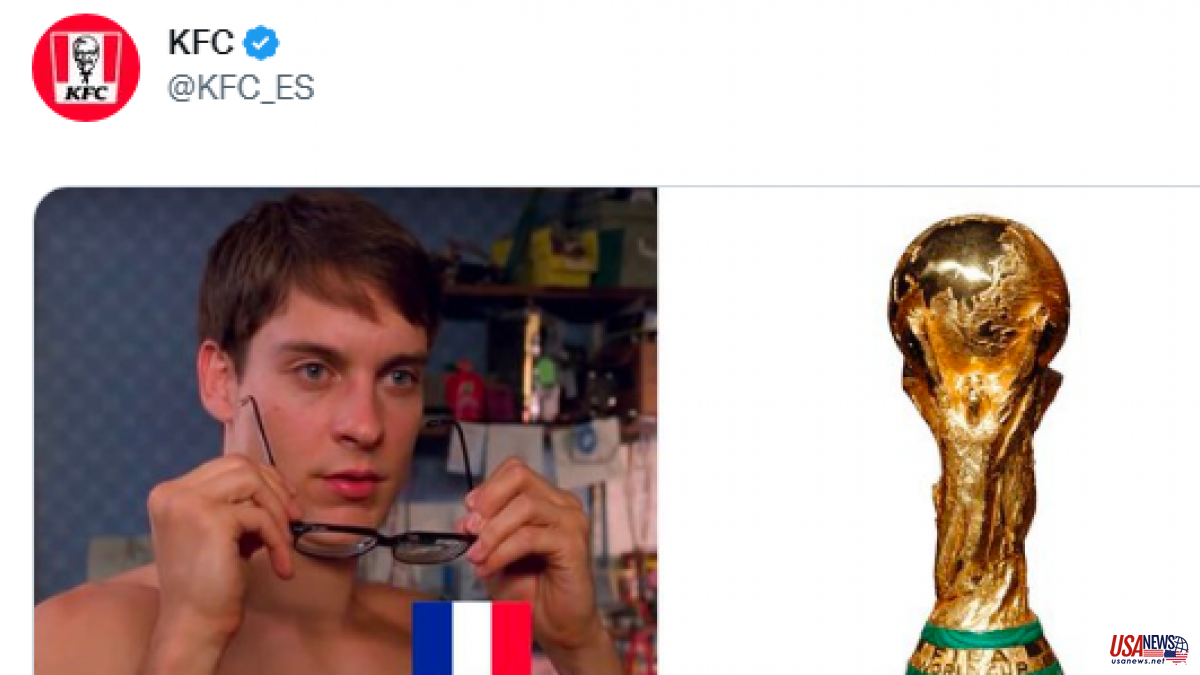 Argentina's victory in the World Cup final in Qatar is dominating the majority of publications on social networks. The celebrations of the players and fans, some of them in the most peculiar circumstances, are viral meat both on Twitter and on TikTok, where reproductions of this type of content number in the millions.

The role of brands. The most hooligan companies in social networks have not missed the opportunity to practice marketing in real time either. On the one hand, AliExpress took advantage of Carmen Lomana's mistake on Twitter to troll her and garner a good handful of interactions. On the other, the account of Kentucky Fried Chicken from Spain has taken the defeat of France as a starting point to make a viral publication.

A mine of interactions. Despite the fact that the Spanish team did not play, the match has had a great following and significance in the country to see if Messi could finally take the cup that was missing from his record. KFC has also taken advantage of the constant anger between the French and Spanish on social networks to boast of the French defeat.

The meme. To do so, the account has posted a very recurring meme on Twitter in which Peter Parker (played by Tobey Maguire) appears putting on glasses. In the first part, still without his glasses on, he watches the World Cup. In the second, with the glasses over his eyes, he glimpses the same silhouette, but instead of being the trophy it's a piece of fried chicken from the company.

Top comments. "KFC Spain has the best community managers", "Advertising of the year" or "Master of digital strategy" are some of the most prominent comments along with some memes.

A publication that has also served the company to promote one of its latest campaigns.