The victory of a museum

Rodez is a city in the Aveyron department, in the heart of the French Midi. 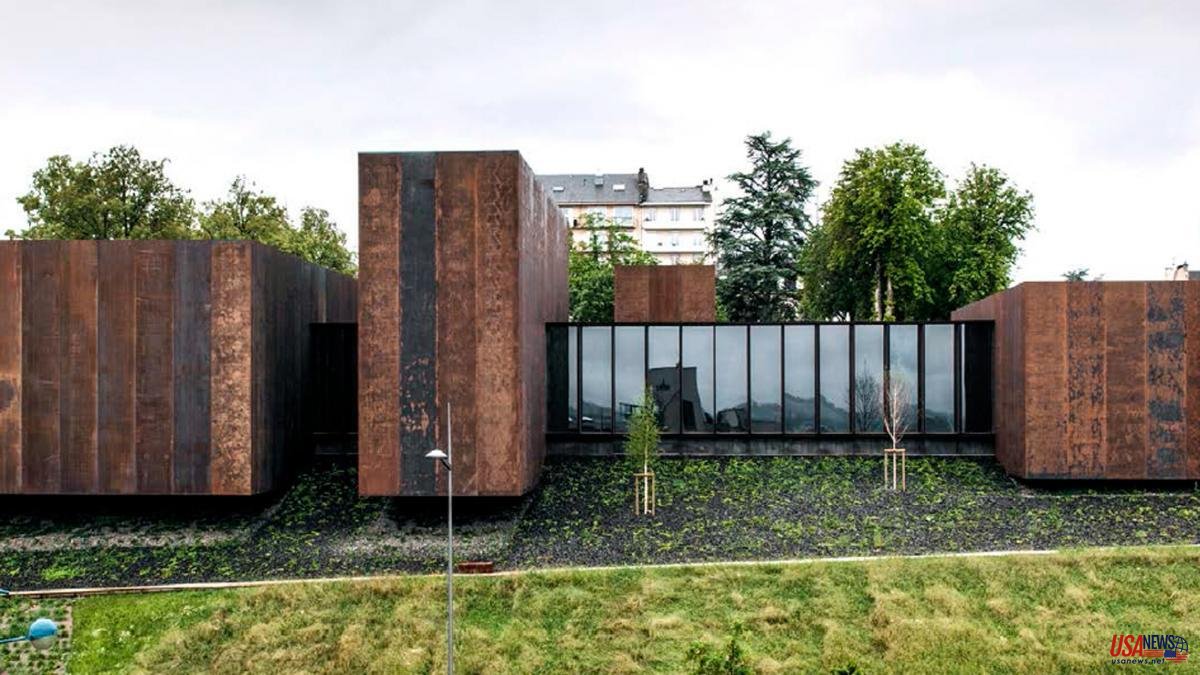 Rodez is a city in the Aveyron department, in the heart of the French Midi. Adding neighboring towns, it forms a small metropolitan nucleus of almost 60,000 inhabitants with a hospital, train, airport, good commercial and service activity, but also industrial and agricultural. The city center is beautiful. The ancient urban reference is the cathedral; the modern, the museum dedicated to Pierre Soulages, the painter of the color black, who died last autumn at the age of 103. One of the last big names in contemporary art.

I have great admiration for Rafael Aranda, Carme Pigem and Ramon Vilalta, authors of the museum building, known by their initials RCR. From the industrious city of Olot (even smaller than the agglomeration of Rodez), they have fascinated lovers of architecture, as demonstrated by the Pritzker prize, the most prestigious in a trade that is both technical and artistic, useful and creative. Without moving from Olot, the RCR have directed works in many parts of the world. But they are not part of the bombastic current of architecture. They don't build gigantic buildings in bizarre shapes. Its architecture looks inward. It does not seek to dazzle with striking forms. Thanks to the frequent use of corten steel, which tends to earth color, and making use of the pure forms of geometry, they integrate the building into the landscape.

They often make the architecture go into the earth, seeking a deep and telluric intimacy. Fleeing from affectation and exhibitionism, the architecture of the RCR invites serenity and secrecy. It is not uncommon for two of his works to be wineries. The Perelada cellars; Celler Bell-Lloc, in the wooded part of Palamós. An architecture so discreet that it sinks into the landscape.

Something similar happens with the great Soulages de Rodez museum. The corten steel parallelepipeds of the building merge, taking advantage of the inclination of the terrain, with the landscaped nature that surrounds them. The building, which generates a very discreet and subtle light, harmonizes with Soulages' painting, dark, interior, abstract, non-decorative, radically modern and, at the same time, radically hidden, non-invasive or untimely. Both the architecture and the painting of this Rodez Museum coincide in a mysterious vision of art.

I went to Rodez because I knew that the RCR were inaugurating an exhibition of their work (models, sketches, drawings, videos; paintings and texts that have inspired them). The vast hall of the museum was completely packed with a very diverse audience: people from the country, representatives of local culture, art lovers. The meeting was impressive. All of them enthusiastic about what the museum has meant for the province of Aveyron. The authorities who took part in the act remarked the importance that such a powerful art center has had for Rodez (I was able to verify it the next day in my leisurely visit to the museum: architecture students of various languages ​​stood in line, loaded with suitcases or backpacks, to get in early on a Saturday).

Rodez has returned to the map thanks to the attractive power of culture. And she does it without eccentricities, without bombast. With excellence and subtlety.

Here is a great victory in times of eccentricity and tremendousness. Soulages' work has great strength, it invites us to go inward. The RCR building is like a tabernacle that keeps a deep, mysterious, inexplicable beauty.