The vertigo of the debut

After Ghana and the United States, Spain is the third youngest team in the entire World Cup (25. 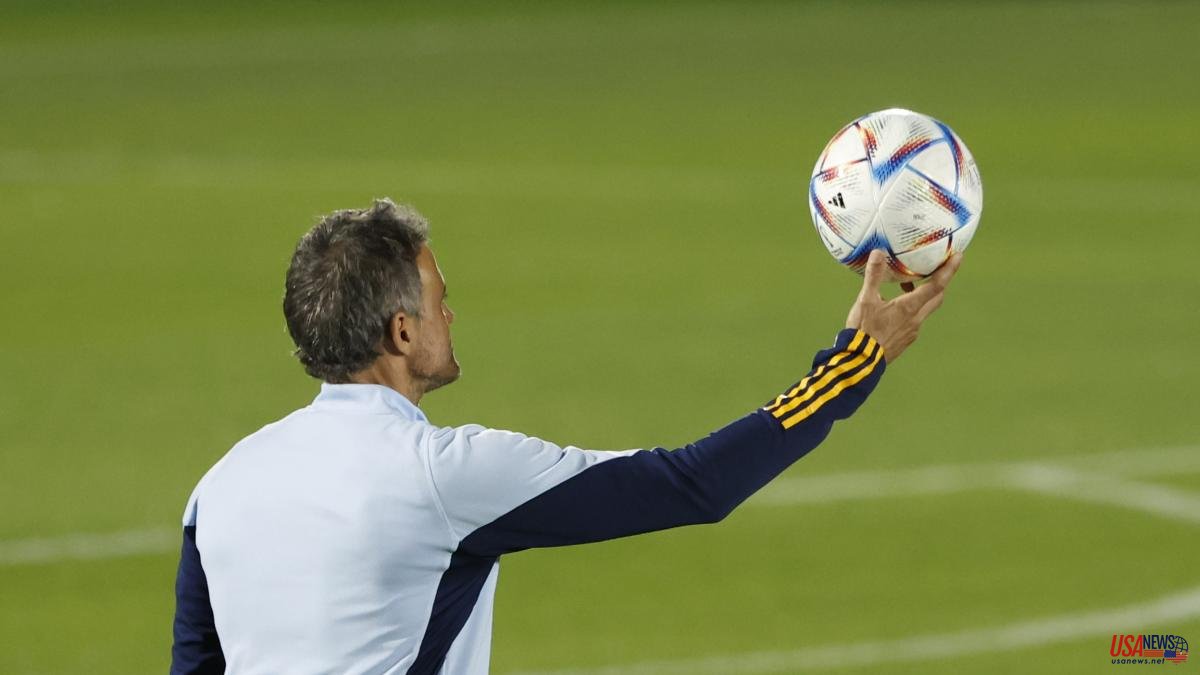 After Ghana and the United States, Spain is the third youngest team in the entire World Cup (25.3 years on average). As if that were not enough, 20 of the 26 called up by Luis Enrique have never enjoyed a World Cup match. "Young people will compensate for this lack of experience by contributing things that will suit us well," contrasts Sergio Busquets as captain, the only survivor of the South African success twelve years ago. In short, the voice of experience. "Young people bring energy to the team," adds Luis Enrique, who is seen smiling more than expected at the dawn of his debut on the bench of the most important tournament in world football.

Spain makes its debut today in Qatar against Costa Rica at the Al Thumama stadium, south of Doha, and history is not with them either. The reds have not tasted a victory in their World Cup debut since 2006, when Aragonés' team thrashed Ukraine (4-0). Then came the defeat against Switzerland in South Africa (0-1) –blessed defeat–, the disaster against the Netherlands in Brazil (1-5) and the crazy draw against Portugal in Russia (3-3). On the other hand, Costa Rica has started three times with victory in its five participations in a final phase.

Given this scenario, Luis Enrique's coaching staff is taking care of the duel against Costa Rica, a team against which there are no official precedents. With the help of Joaquín Valdés, the inseparable psychologist who accompanies the Asturian through all the changing rooms, the mental aspect is worked on intensely. "We look for a fair degree of activation for each player, neither too much excitement nor too little is good," explains the coach. “In this sense, we train every day to prepare for the game naturally. The fact that we haven't been focused for a long time, we'll play after just ten days together, benefits us, it's something positive. If we had spent two or three weeks together, too much energy would have accumulated and we haven't had time, we have just the right amount of energy”, the coach congratulated himself.

As he has done since landing on the national bench, Luis Enrique exudes leadership and assumes his stripes. "How are my players going to listen to me if they see me with doubts", he justifies himself. And the Spaniard tries to protect the dressing room from all the outside noise as best he can. For example, explaining the reasons for Gayà's goodbye in the face of criticism: “If I had decided with my heart, I would continue with us but I have to decide with my head and play in the only position that no one else can adapt to. All the doctors told me that his recovery would last 10 or 15 days, I couldn't risk Jordi Alba suffering a mishap ”.

Although that is in the past. The World Cup premiere is here and it's time to handle the vertigo. Costa Rica awaits.