The Valencian left sees with fear the proliferation of surveys that at the national level transmit a sensation of a change of cycle. 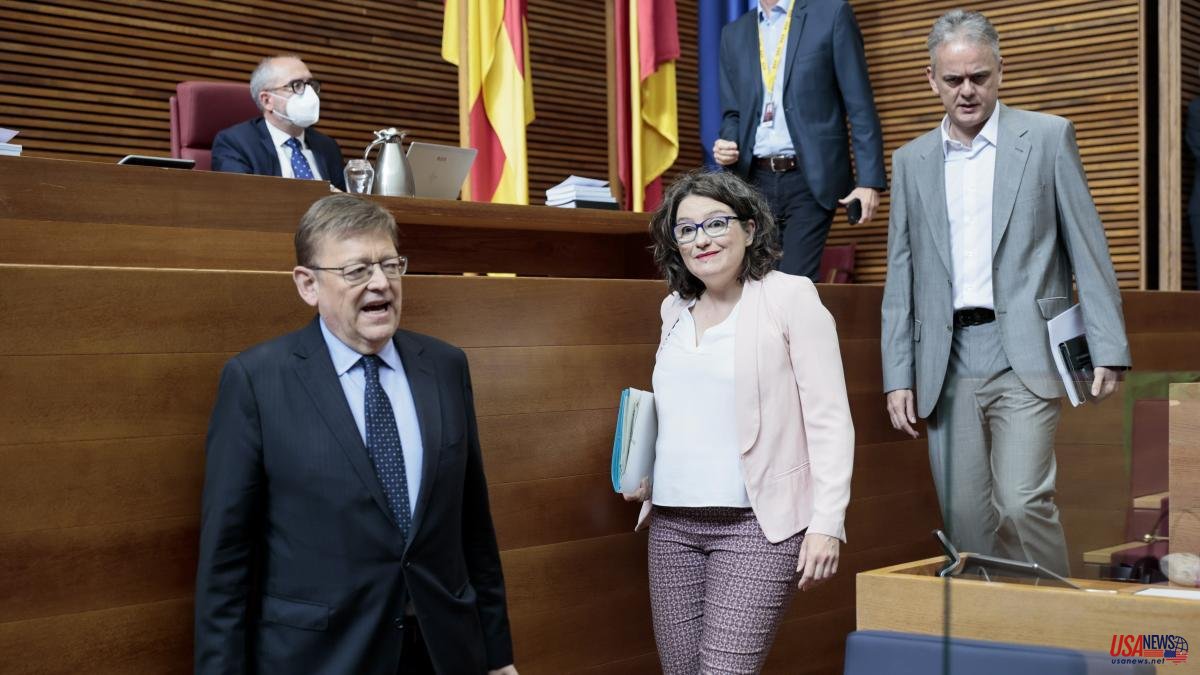 The Valencian left sees with fear the proliferation of surveys that at the national level transmit a sensation of a change of cycle. The foreseeable victory of the right in Andalusia on 19-J increases this concern. Polls aside, the parties that make up the regional government know that they need to recover the votes they have lost since the 2015 elections when they added 1.35 million votes and that the right has not yet absorbed.

In this scenario, the Valencian left has already put itself in pre-campaign mode when there is still a year to go before the elections are held. The Consell was remodeled just a few weeks ago to give a new impetus to the legislature and now it is the parties that begin their particular electoral race.

After the celebration of the National Committee this Saturday, the Valencian socialists yesterday presented a campaign that will cover nearly 350 municipalities of the Valencian Community to "launch proposals for the future and claim as a majority project."

The Secretary of Organization of the PSPV, José Muñoz, explained that these acts, in which all the structures and positions of the party will be involved, should serve to "value the action of the government and the party."

"We want to explain everything we have achieved in these 7 years of progressive government led by Ximo Puig and highlight that all economic and social indicators are better than in 2015, as well as project a future of hope based on facts," he said in a conference of press. The campaign will culminate with the celebration of the Fiesta de la Rosa on July 3 in La Marina.

At the same time, in the city of Valencia, the virtual mayor, Sandra Gómez, already launched a video this weekend in an electoral key, while, for a long time, the mayor Joan Ribó -who has not yet clarified whether he will be a candidate- is going neighborhoods doing party acts.

Also before the summer, Compromís will hold, according to sources from the coalition to La Vanguardia, a large event in the form of a rally. The coalition has recently constituted its electoral commission to organize the work and the strategy of the formation for the new electoral period.

The spokespersons of the parties that make up the coalition, those responsible for Organization, Strategy, Finance and Communication are represented in this body. In addition, during the coming weeks, Compromís will continue with its campaigns to demand good practices from banks and denouncing the problems in the Cercanías of the Valencian Community.

Less in an electoral key seems to be Podem at the moment. From the formation it is pointed out that it is necessary to focus on "govern, govern and govern". They point out that the accelerator must be "pressed on" and they understand that the possibilities of re-editing the Botànic go through undertaking, in this last stretch of the legislature, fundamental measures for people's lives. Therefore, they emphasize issues such as combating inflation or the economic crisis.

It is also true that to the left of the PSPV there are a series of questions about who and how the different parties are going to present themselves in the elections. In recent days we have witnessed all kinds of gestures such as Mónica Oltra's visit to the Podemos Spring Festival or the aside between Yolanda Díaz and Joan Baldoví and their "face-to-face" conversation on the occasion of the visit of the vice-president to the summit on the four-day working day.

This means that the headliners are not clear either. One year before the elections, only Ximo Puig (PSPV) and Carlos Mazón (PP) seem to have a clear future. Citizens and Vox are waiting for what they say in Madrid and the rest of how the confluences are articulated.

Despite the concern generated by the climate of the polls, the socialist José Muñoz stated yesterday that they have their own data that makes them more optimistic. The leader of the PSPV recalled that the behavior in Andalusia, where the PSOE has governed for decades, did not have its translation in the Valencian Community and affirmed "a hypothetical victory of the PP in Andalusia does not have to have a contagious effect". "The right is generating expectations that are legitimate but unrealistic," he concluded.

However, in the PP they do believe in this drag effect. They assure that the polls are doing well and that election after election (Madrid, Castila León and they understand that Andalusia) the party is improving the results and nobody remembers the internal crisis that ended with the overthrow of Pablo Casado.

Training sources explain to this newspaper that "things look good" and they have high hopes for what may happen in Andalusia. However, they indicate that they will continue along the same lines and that they have the party's machinery greased with sectoral events every week and informational tents on weekends to explain to the public issues such as their tax reform proposal.