The utopian dream of the East

The capital of a country is often synonymous with success, at least in football. 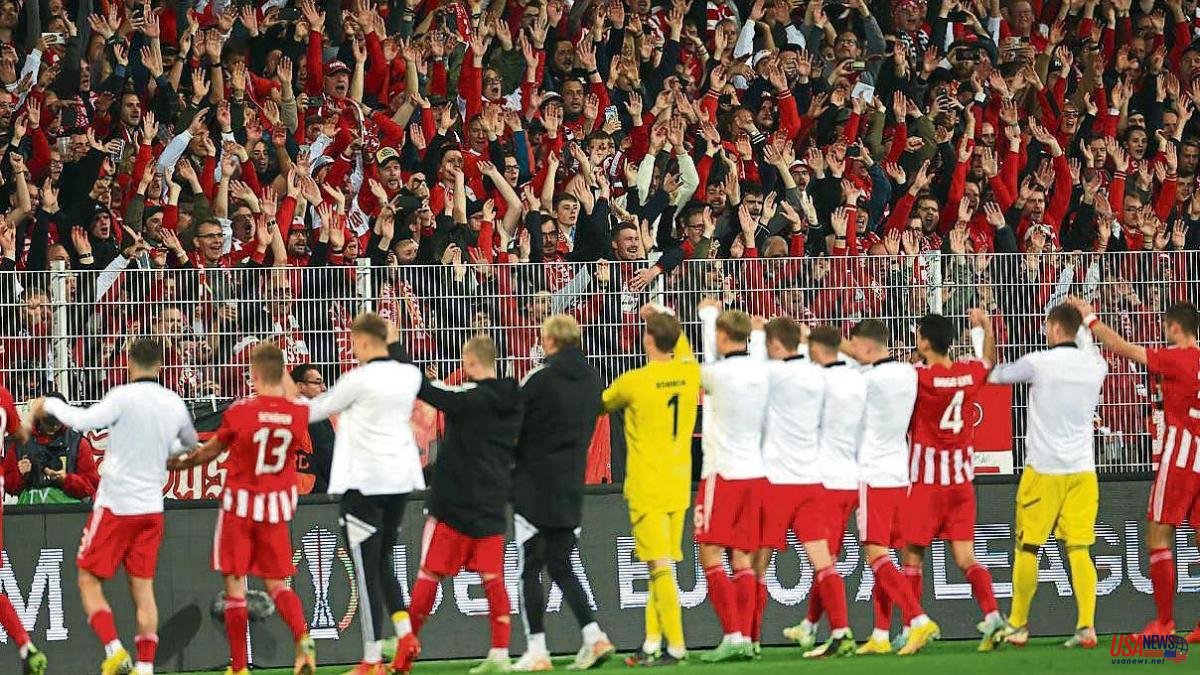 The capital of a country is often synonymous with success, at least in football. It is unthinkable that in a place with a high population density and significant economic activity, capital clubs do not raise titles on a recurring basis. From all over Europe, the exceptions that confirm the rule are the Scottish and German leagues. Subject to neighboring Glasgow (Rangers and Celtic), Edinburgh hasn't known what it's like to hold a domestic championship since Hearts did in 1960.

In the German case, more complex due to the division of the country during the Cold War, the last success dates back to 1988, a year before the fall of the Berlin Wall, when the Bundesliga and the DDR-Oberliga were separate souls. 34 later, a modest club from the east of the capital has earned the right to dream. With almost a third of the championship already played, Union Berlin emerged as the surprising leader on matchday 12, thanks in part to the irregularity of Bayern and Dortmund in this start. Neither one nor the other were able to take the three points of the bucolic Alten Försterei, a compound surrounded by trees in Köpenick, a former industrialized area on the outskirts of the city. In fact, the fans of SC Union Oberschöneweide, the forerunner of Union Berlin – it was refounded under this name in 1966 – worked in the metallurgy sector, hence its popular origin that it still maintains, with a community spirit that is difficult to see in football. modern.

Like Hertha Berlin – on the western side during the iron curtain era – Union was never a footballing benchmark, not even in the German Democratic Republic. In 1968 he won the only cup that appears in his record. It did not enjoy any institutional support, unlike the archenemy Dynamo Berlin. The great East Berlin power, now lost to the regional categories, was controlled by the Stasi. His best period was between the seventies and eighties, when he chained ten titles in the Oberliga (1979-1988). A lot of blame for this was Erich Mielke. The head of the security service and internal espionage of the GDR took advantage of his influence to nurture the team he presided over with the best soccer players in communist Germany. An increasingly alternative Union – the streets of Köpenick during that time were settled by urban tribes that are already part of the club's identity – could not escape their clutches either.

With the fall of the wall, the Bundesliga absorbed the clubs from the East, but only gave a couple of places to the top two: Hansa Rostock and Dynamo Dresden. The rest were distributed by the lower divisions and very few have been able to show their heads. The Union is one of them, although it suffered in the nineties and at the beginning of the century so as not to become extinct. The social mass kept the club afloat with unique actions, such as when in 2004 they led a campaign that consisted of donating blood to raise funds and thus be able to participate in the regional league. Another well-remembered gesture was in 2008. Hundreds of fans worked for free on the remodeling of the stadium, which meant an estimated saving of two million euros.

Every Union game at the Alten Försterei – where the scoreboard is still changed by hand and bands like Metallica or Rage Against the Machine are heard over the loudspeaker – is a party. You just need to take a look at the public. Of the 22,180 spectators, 18,000 cheer tirelessly in the stands. The slogan is clear: forbidden to whistle and leave before the final whistle. You always have to leave your throat for the team. The euphoria has been unleashed even more since 2019, when the Union managed to get promoted to the Bundesliga for the first time. Since then it has not stopped growing. In the last season, only one point separated him from the Champions League – he could be Barça's rival in the Europa League. To speak of a stroke of luck would not do justice to the work of Urs Fischer on the bench and Oliver Ruhnert in the offices, a combination that works wonderfully.

The success in signings – most arrive free or for low amounts – has contributed to building a reliable team at the back and effective on the counterattack, with Sheraldo Becker as the main offensive reference. Union fans hope to continue celebrating goals from Becker and the rest of his teammates, an unequivocal sign that the team is holding up. There are still four days left before the break for the World Cup. Nothing would be more beautiful for the steelmakers than to be at the top of the table on a date as important as Christmas. At that time thousands of Union fans gather each year at the Alten Försterei to sing Christmas carols lit only by the candles they carry. Let the magic do the rest.