The US Senate approves the largest investment against climate change

Chocolate, nuts, energy bars, or products that fall under the “junk food” category. 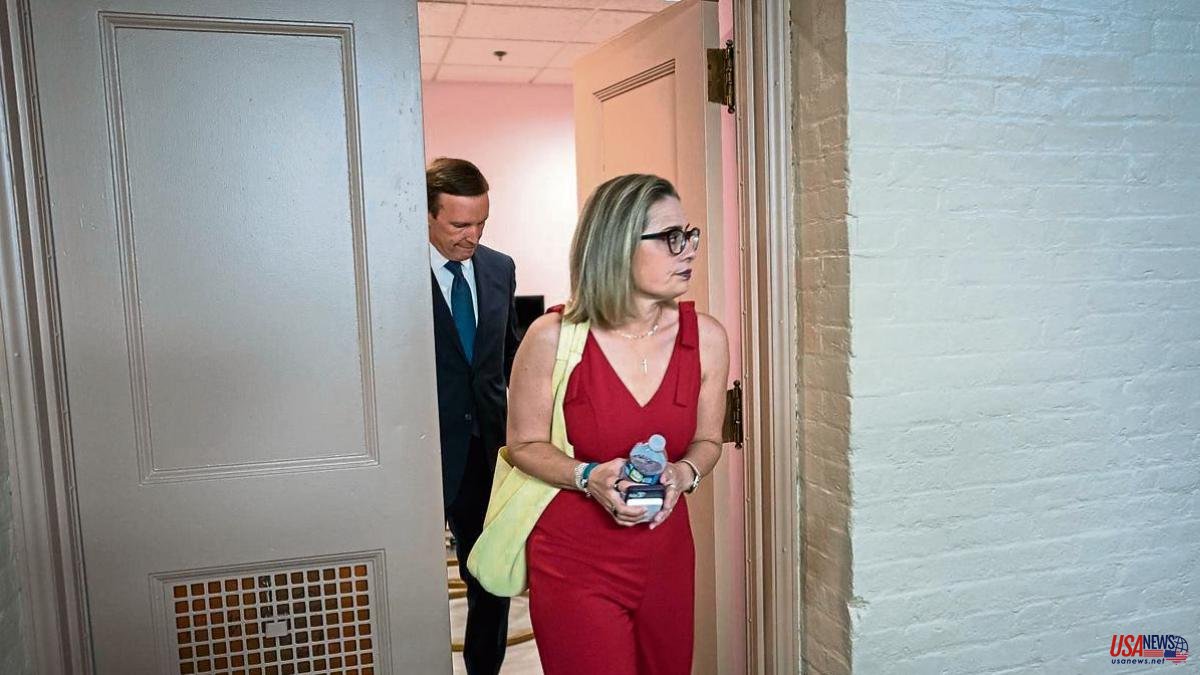 Chocolate, nuts, energy bars, or products that fall under the “junk food” category. All of this was used by US senators to stay awake and regain strength.

The members of the Upper House of the United States Congress undertook a voting marathon on Saturday afternoon, without rest at night. It all concluded on Sunday, after three in the afternoon, with the tie-breaking vote of Vice President Kamala Harris (and president of the Senate) that meant approving the Democratic plan, valued in total at more than 740,000 million dollars, on climate change, fiscal reform and improvement of health care.

“This is going to change the United States for decades,” said Chuck Schumer, head of the Democratic majority in the chamber and one of the architects of the great victory for his group and for President Joe Biden, effusively.

"I think it's going to happen," said Biden early Sunday, who was cautious but confident when he left the White House for Rehoboth Beach (Delaware), thus concluding his second confinement for covid, after two negative tests. . The House of Representatives (Lower House) plans to approve the initiative on Friday, making a parenthesis in its summer period. Biden is preparing to sign it immediately and thus make a profit at a time when his presidency remains unpopular and in order to boost the Democrats in the legislative elections next November.

Cheers and hugs when Harris announced the result. But they were all Democrats. The Republicans disappeared from the room without waiting.

The Senate remained active, with more than 14 hours of amendments – on fuel prices, abortion, security on the southern border – in an attempt by Republicans to delay the process and crack the Democratic consensus.

The set of initiatives, which will involve an investment of 370,000 million to combat global warming and invest in clean energy, seemed to have derailed after a year of internal disputes. The refusal of two senators, Joe Manchin and Kyrsten Sinema, made it practically unrecoverable. In a divided Senate (50-50), the unruly couple left the progressives in the minority.

However, a few days ago, to the general surprise, Manchin announced his support for the bill, now titled the Inflation Reduction Act, which, although it has a smaller budget than initially planned, allows one of President Biden's key initiatives to get off the ground.

The more than 700 pages also include the reduction in the price of medicines and a fiscal plan that should facilitate the collection of 451,000 million more dollars with a minimum tax on corporations of 15%. This is one of the most significant fiscal changes that will take place in this country. The new plan implies a remodeling of the federal collection mechanisms and modifies the investment policy of the US companies with higher profits.

After the prodigal son Manchin, only Sinema's approval was missing. His approval came on Thursday to the disappointment of Conservatives.

The Senate went into session at noon on Saturday and, in the afternoon, Vice President Kamala Harris had to decide the tie at 50 and eliminate the obstacle that would require 60 votes to carry out this plan. Once the route was cleared, there was still a long way to go because of a procedure called “vote-a-rama”, which began at almost midnight on Saturday. This procedure allows senators to propose an unlimited number of amendments.

Even though they knew the margin was more than slim, Republicans, enraged that a plan they left for dead had been resurrected, sought discord. So they used the occasion to raise issues that would embarrass Democratic senators who are in a vulnerable position to renew their seats in three months. But the progressives remained united throughout. In the interest of sustaining the weak coalition behind this bill, quite a few Democrats rejected proposals that they would otherwise have supported.

“It has been a long, hard and winding road –said Schumer–, but we have arrived”. But the yes from the House of Representatives is still missing.