The US legislatures drift towards a referendum on Trump 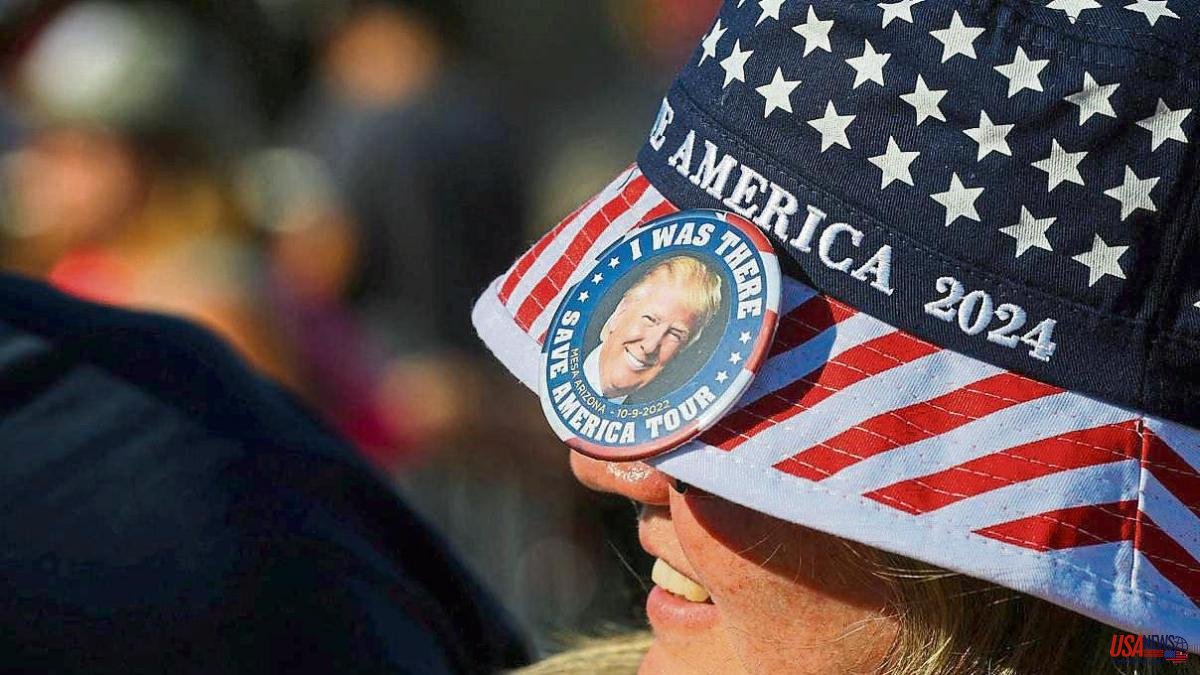 The American nightmare persists. And it threatens to last even hundreds of more nights, with its days. Hundreds or thousands. The midterm or midterm elections that Americans celebrate on November 8 should be a referendum on the work of the incumbent president, Joe Biden, as tradition and political logic dictate. But not.

The legislative elections that will renew the 435 seats in the House of Representatives and a third of the 100 in the Senate, as well as the governorships in 36 states, have led to a referendum on Donald Trump and his chances as a candidate for re-election in the presidential elections. of 2024. That is how the former president himself has wanted it, despite the traditional Republicans, and that is what some struggling Democrats who trust Trump as a deterrent to the potential of the Republican vote among the undecided, especially in the suburban areas and especially among women.

The former president imposed himself from the beginning as the de facto leader of his party before the midterms. He was the one who, in a very personal way, granted or denied what would be said to be magical support for the candidates. And his presence at the rallies and campaign events of his chosen ones exceeds that of Biden at Democratic meetings.

Far from the egocentric attitude of his adversary, the president seems aware of the burden that his low approval ratings, as well as the general malaise with the government due to inflation, supposes for his own. And perhaps that is why he has prioritized his presence in discreet fundraising events rather than in massive rallies like the ones that Trump stars in every week: a scheme that, a month before the elections, may nonetheless vary.

Among the more than 200 candidates endorsed by Trump in the Republican primaries, many were unrivaled and others lost important jobs, such as candidates for governor in Georgia or for the House of Representatives in Alaska and North Carolina.

But the endorsement of the former president gave victory to relevant candidates in Pennsylvania, Arizona, Ohio and Michigan, four states that, along with Georgia, are considered the most decisive in the elections, basically because of how close the Senate races are there. And it is in this House that the Democrats place their greatest hopes of maintaining control, since the polls give them a narrow victory there and a narrow defeat in the House of Representatives.

An alarming fact in relation to the Trump candidates is that most of those who have been nominated – specifically 299 of 569 – have denied or questioned the result of the last presidential elections, according to a report by the Washington Post.

Only if his candidates suffered a clear defeat in the midterms and if the investigations he has open on different fronts made substantial progress, could Trump see his race towards the 2024 presidential elections slowed down. If, on the other hand, his men come out of the electoral contest in good standing while the cases against him continue to progress slowly and without the prosecutor deciding to file criminal charges, the nightmare may last, who knows how long.