The labor market maintains its challenge with the Federal Reserve (Fed). 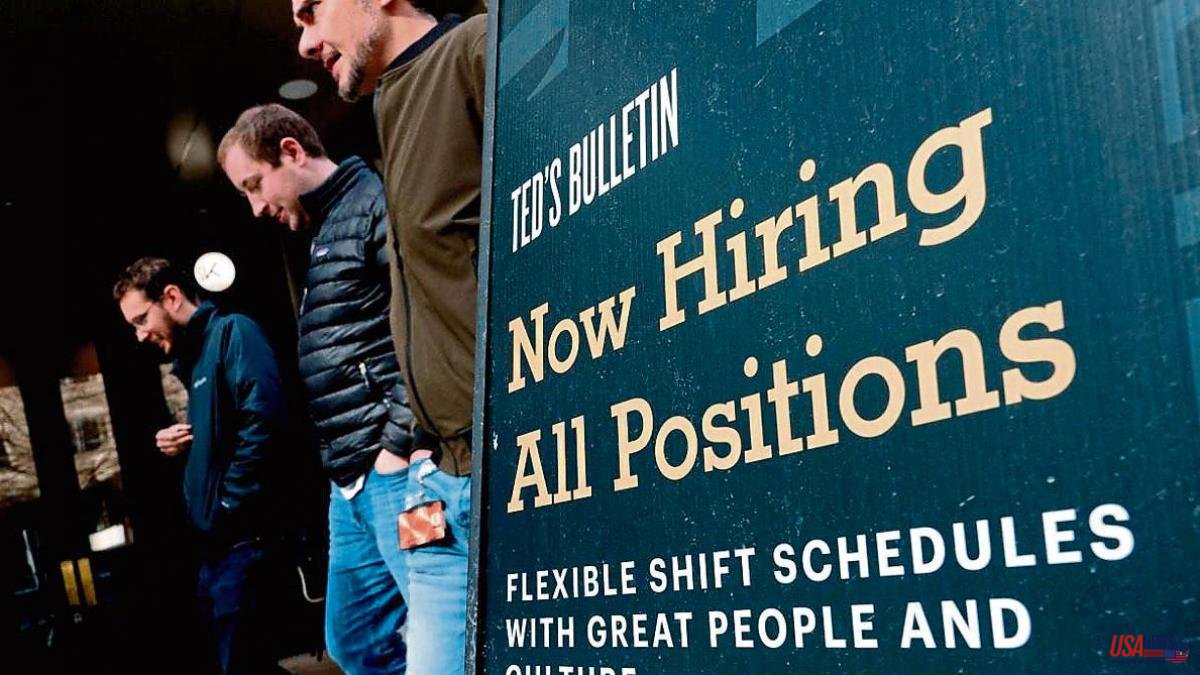 The labor market maintains its challenge with the Federal Reserve (Fed). Despite the aggressive monetary policy of the US central bank in its fight against inflation, the US economy added 223,000 jobs in December.

It was above expectations once again (headline projection was 200,000), in a show of strength, although there is some cooling off as it fell below November's 256,000 record (number has been revised to the decrease compared to the original 263,000 of 30 days ago). This also allows us to affirm that the aggressiveness of the Fed to constrain the labor market and fight the recession is beginning to have an effect.

In this way, 2022 was closed in which a little more than 4.5 million jobs were added, the strongest year since 1940, demonstrating the resilience of a sector exposed like few others to the rise in interest rates by the Fed, which, from zero or almost, have increased to 4.25% as of March to curb the rise in prices.

The monthly average of hiring stood at 377,000, while the economy continues its recovery after the closure at the start of the pandemic, in March 2020. This happens, however, in the midst of a fever due to layoffs in the technology sector, which grew without north during the health crisis and that seemed like an unbeatable world.

Inflation peaked in June, when it accelerated to 9.1%, the fastest pace in four decades. This rate fell to 7.1% in November. The Federal Reserve already made it clear at its last meeting that it expects to continue raising rates to above 5.1%. He did not finish his task.

The demonstration of strength was reflected in the drop in the unemployment rate to 3.5%, when it was predicted that it would remain at the previous 3.7%, a figure that represents the lowest level in half a century. And this occurs in a period in which the labor force reached 62.3%, above the 62.1% of the previous calculation.

In what is interpreted as "a good sign" in taming the recession, wages grew by 0.3% on average last month, below the 0.4% forecast, which was already running below 0.6 % of November. In this way, wages remained at a 4.6% increase compared to December 2021, instead of the projected 5%.

This lower-than-expected wage increase was considered the determining factor for the Dow Jones to react positively this Friday, upwards, after knowing the data from the Department of Labor.

Although jobs maintain a robust figure, experts stress that companies continue to face difficulties finding workers for certain positions. There are still 10.5 million jobs looking for employees. This translates into a ratio of 1.74 workers for each unemployed person. But, in turn, requests for unemployment insurance fell this week to the lowest level in several decades.