Breonna Taylor, who died in bed at her home in Louisville, Kentucky, on March 13, 2020, in a failed anti-drug operation based on false data, became the other name most chanted in the racial protest demonstrations after the death of George Floyd, in Minneapolis (Minnesota), barely a couple of months later. 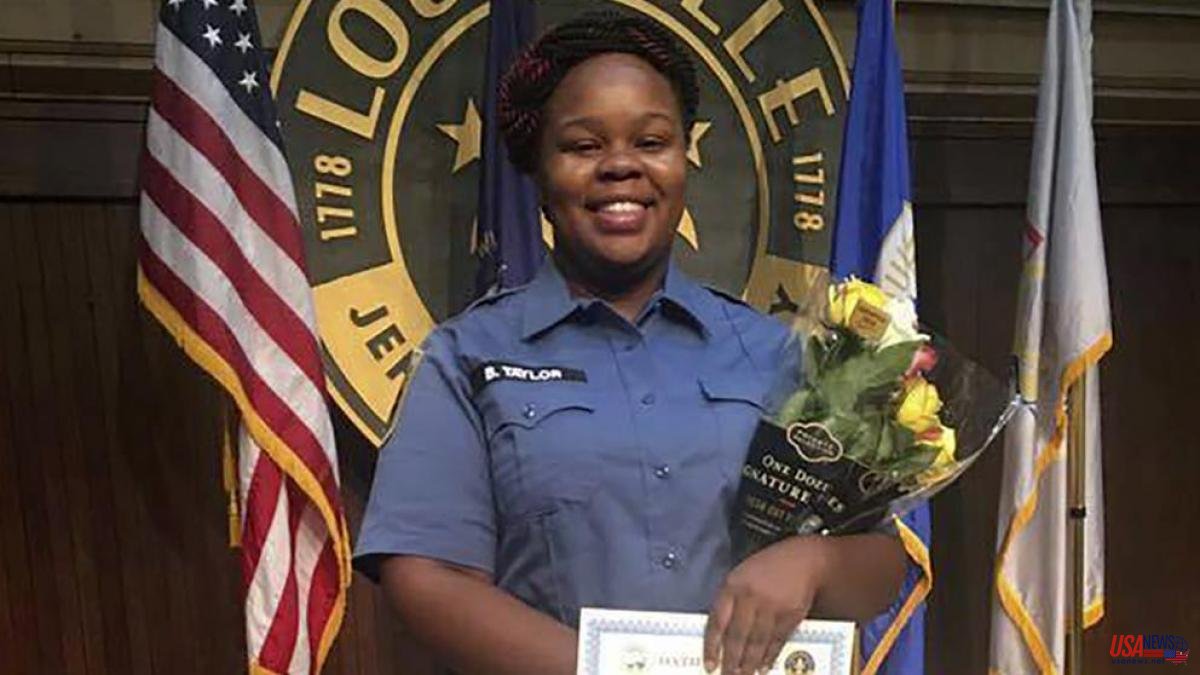 Breonna Taylor, who died in bed at her home in Louisville, Kentucky, on March 13, 2020, in a failed anti-drug operation based on false data, became the other name most chanted in the racial protest demonstrations after the death of George Floyd, in Minneapolis (Minnesota), barely a couple of months later. Unlike the Floyd case, where there have been criminal convictions, the Breonna case went unpunished.

But the Department of Justice has announced this Thursday that two police officers still active and two others who have already left the body have been charged in federal proceedings for various crimes, including violating the civil rights of Taylor, a 26-year-old black woman who He was working in the emergency room of a hospital when the agents carried out a search operation without warning.

Attorney General Merrick Garland (equivalent to the Attorney General) has argued that this rape ended with "the result of death" of Taylor. "Breonna should still be alive," Garland stressed.

Brett Hankinson, another former detective, who on that occasion fired ten times from an outside patio without being able to see who the bullets were aimed at, is charged with two counts of deprivation of civil rights. Hankinson, the only one facing state charges in connection with the case (not for Taylor's death, but for negligently shooting neighbors), was acquitted in March of three counts of reckless endangerment.

If found guilty at trial, the four face long prison sentences. As soon as these federal accusations were known, the Minneapolis police chief, Erika Shields, announced the conclusion of the internal process for the expulsion of Goodlett and Meany.

According to the story of the federal prosecutors, Jaynes, Meany and Goodlett knew at the time of requesting the search warrant that it was not true that Taylor received packages, destined for her partner, supposedly with drugs. As they arrived without identifying themselves, Kenneth Walker, Taylor's boyfriend, thought that someone had broken in to steal and opened fire with the pistol, which was completely legal. He hit an agent in the leg. There was a hail of bullets and Taylor took several hits. Walker maintained that he was unaware that the intruders were police officers and he was later cleared of any criminal responsibility.

Louisville police have fired Detective Myles Cosgrove, who the FBI determined fired the bullet that killed Taylor. None of Hankinson's ten shots hit the victim.

The federal investigation has revealed, as the indictment points out, that Jaynes and Goodlett met in the garage of the former's home, two months after Taylor's death, and agreed to falsely say in an affidavit that a sergeant had informed them of the existence of the package and the shipment to Breonna's apartment.

At a press conference, Ben Crump, one of the lawyers for the victim's family, described the federal initiative as a "great step towards justice." He has insisted that this "is about Breonna and all Breonnas in America."

Tamika Palmer, Taylor's mother, has told reporters that while the Justice Department's action is welcome, her daughter's death at the hands of police continues to be very painful.

"I have waited 874 days until today, and now it is here," he stressed.