The unusual 2,000-year-old temple in the Netherlands for Roman legionnaires

The limes marked the border. 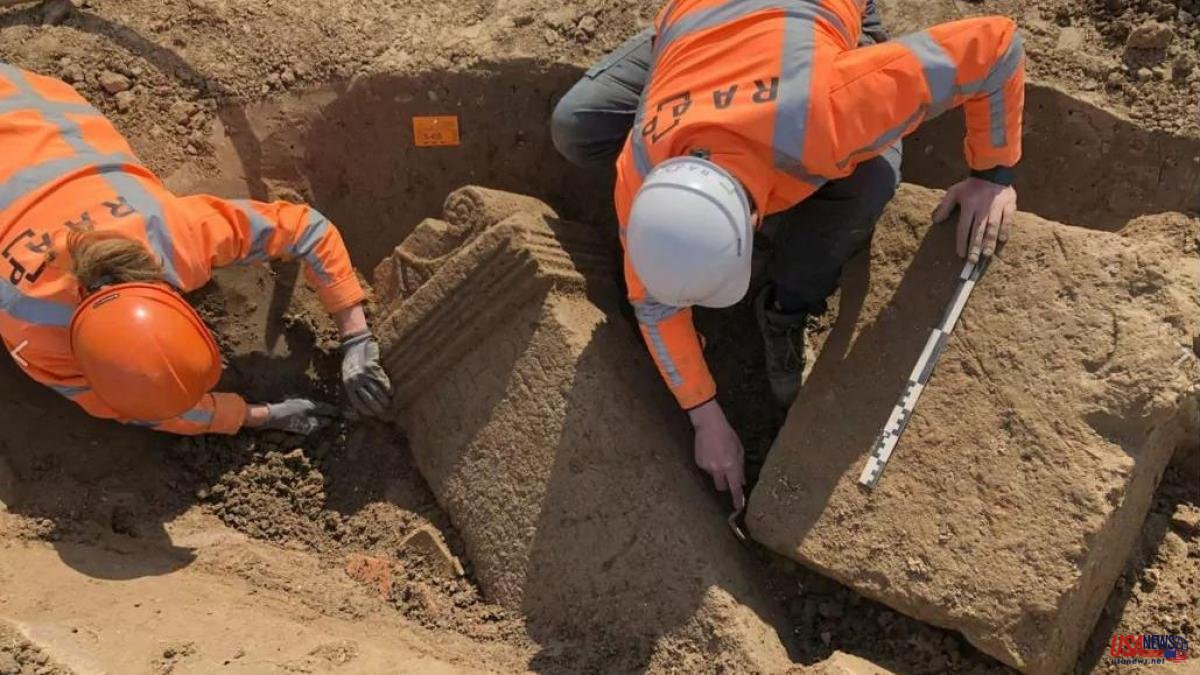 The limes marked the border. On one side, the Roman world. On the other, the Germanic territory over which Rome was never able to exercise permanent control. The northern limit of the Empire, which currently marks the separation between the Netherlands and Germany, was in force until about the year 260 after Christ, when it was abandoned due to the push of the barbarians.

The Dutch province of Gelderland is the one that preserves the most remains from that time in its territory. Everywhere there are stone remains that testify to that limes, declared a World Heritage Site by UNESCO. And along its route there have also been remains of fortresses and settlements, among other buildings.

The latest major discovery in the area is a complete and relatively intact sanctuary at Herwen-Hemeling (near the municipality of Zevenaar) where remains of idols, reliefs and painted plaster have been found. This temple, the first found near the border, is "very exceptional" because it has altars dedicated to various gods and goddesses.

At Herwen-Hemeling, Roman soldiers prayed to their deities from the 1st to the 4th century. They took advantage of a small elevation at the junction between the Rhine and Waal rivers and artificially made it a little higher to build at least two temples (although it could be many more).

One of the buildings was a Gallo-Roman communal sanctuary with colorfully painted walls and a tiled roof. A few meters away there was another smaller one, also with beautifully painted walls. In it, the remains of several dozen votive stones (small altars) placed by high-ranking soldiers to fulfill a certain vow stand out.

The stones are dedicated to Hercules Magusanus, Jupiter-Serapis and Mercury. In addition, there is a large stone well that may also have had a special function since it has a stone staircase that led to the water, according to a statement from archaeologists from the RAAP company.

The Dutch researchers assure that, although several Roman sanctuaries are known in the Netherlands (in Elst, Nijmegen, Empel or Aardenburg), this is the first one located right on the border of the Roman Empire. The Herwen-Hemeling shrine is also the most complete found in the country and the number of limestone sculpture fragments is unprecedented.

That the site has been in use for centuries is something that also makes it unique. And yet, votive stones, pedestals, a stone well, parts of statues… it's all still there.

The shrine was mainly used by soldiers, as can be seen from the many tile seals found. "The tile industry was a military activity at the time," experts say. In addition, many parts of horse harnesses, armor and spear points have been found.

It was the high-ranking officers of the Roman army who erected dozens of votive stones. They thanked a god or goddess for fulfilling their wish. It didn't even have to be winning a battle. Some were content to survive for a long period of time in these northern regions, far from their homes.

The men who came to Zevenaar and made a sacrifice in its temples had been to Hungary, Spain, and Africa. "And they took their gods with them..." explain the archaeologists. Several of the found works will be exhibited at the Het Valkhof Museum in Nijmegen from Friday 24 June.

Members of the Association of Volunteers in Archeology (AWN) made the first finds at the end of 2021. After several weeks removing clay, RAAP specialists carried out an additional action earlier this year. The site is not open to the public and is strictly protected while excavations continue.