The United States arms Ukraine as it once armed Russia

When Vasili Grossman published Stalingrad (Gutenberg Galaxy) the reference to the Studebaker, the American brand that supplied the USSR with half of its trucks in World War II, was carefully erased by Stalinist censorship. 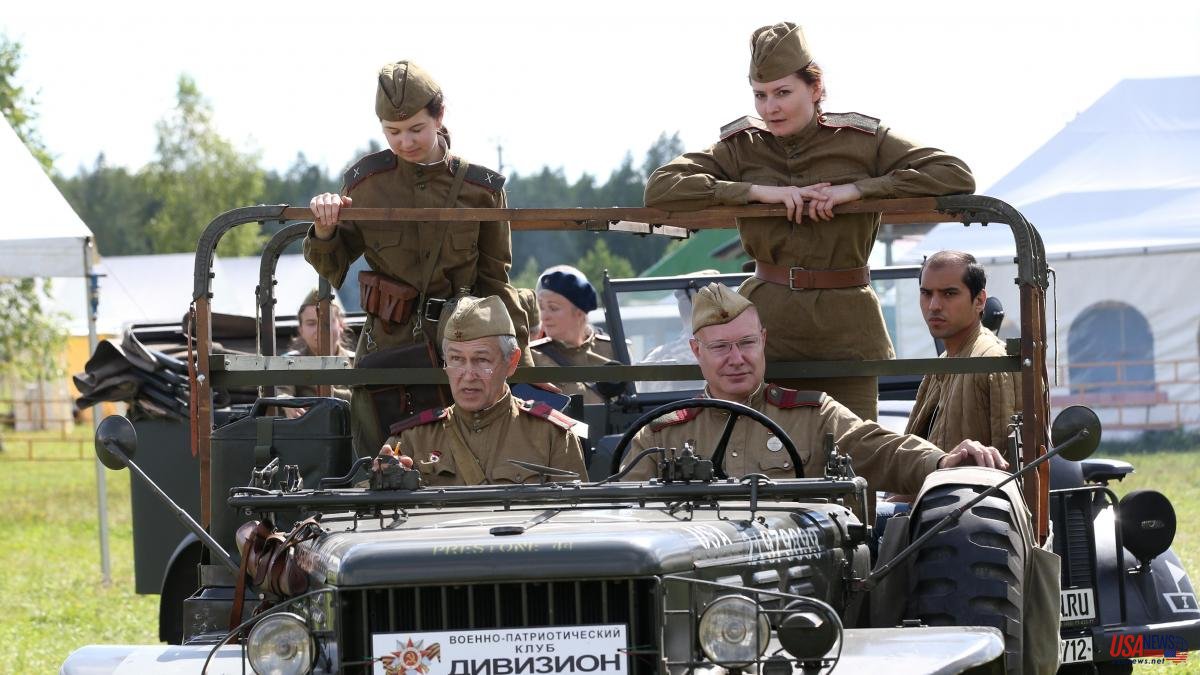 When Vasili Grossman published Stalingrad (Gutenberg Galaxy) the reference to the Studebaker, the American brand that supplied the USSR with half of its trucks in World War II, was carefully erased by Stalinist censorship. The communist regime never handled the military and industrial aid that the United States gave the Soviets very well because it did not fit with the story of the Patriotic War, but although it is not clear whether that support was decisive or not, what is true is that their figures were very important, as is the case now with Ukraine. The difference is that now those contributions are against the Kremlin.

However, the parallels are inevitable, so much so that the current law that regulates US aid to Ukraine receives the same name as the 1941 Lend-Lease law by which the United States supported the allies with weapons and material during World War II. . That rule was approved to cover a practice that had already begun with the Franco-British defeat in continental Europe the previous year and served for the Roosevelt Administration to provide a flood of planes, tanks and all kinds of weapons to thirty of countries for 50,000 million dollars at the time, more than twice the amount of the famous Marshall plan. Without this contribution, possibly the future of Europe would have been different.

Although Churchill called the program "the most selfless act by a country in history", thus fueling the epic of Nazism defeated for good, the free world, the US aid was not selfless at all, but which responded to a careful calculation. The Americans collected it in the form of geostrategic but also economic revenues.

Among all, the first country to benefit from the law was the United Kingdom, but the USSR took advantage of the possibilities it offered as early as October 1941, four months after the German invasion and two before the entry of the United States. United in war. Although US aid to the Soviets was very voluminous until the end of the war, its real significance is controversial.

In absolute terms, the help was enormous. According to military historian David Glantz, Canada and the United Kingdom, but especially the United States, supplied the Soviets with more than 12,000 main battle tanks, some 18,000 aircraft, and almost 10,000 guns. But from a relative point of view these data were equivalent to only 12, 15 and 2%, respectively, of the production of the factories of the USSR.

And if the Soviet industrial effort was much greater than the aid received from the rest of the allies, its human sacrifice (more than 25 million deaths between soldiers and civilians) was incalculably higher. This disproportion paved the way for, after the German surrender and in the context of the first cold war, Stalinism downplayed the aid received during the conflict, when it did not openly despise it. It is common to find in Russian historiography comments about the poor quality of the supplies or the irregularity in their delivery, as well as breaches of the agreement. Apart from the fact that these problems existed, it must also be taken into account that the Allied contributions did not favor the official account of the Great Patriotic War.

However, the help was substantive in fine-tuning the Soviet logistics apparatus. The United States supplied the Red Army with almost 410,000 trucks (the famous Studebakers mentioned above), a figure that is equivalent to more than 50% of Soviet production. This contribution was key in the mobility of Stalin's troops, especially after 1943 in the counteroffensive against the Germans.

American trucks were not only important in quantitative terms, but because of their technical superiority over the Soviets. Nikita Khrushchev himself, later leader of the USSR, publicly acknowledged the importance of these vehicles at the end of the war, stating that "we only have to imagine how we would have advanced from Stalingrad to Berlin without them." To the trucks we must also add supplies in the form of railway material, fuel, food and uniforms for the Soviet troops.

But was it the help of the rest of the allies that allowed the Soviets to defeat the German army? Despite the controversy about it, it seems clear that it is not, but with nuances. David Glentz writes that "without the lend-lease trucks, locomotives, and railcars, Soviet offensives would more easily have stalled," so the USSR would have won, but "Stalin and his commanders could have taken 12 to 18 more months to end the Wehrmacht”.

From a Russian point of view, and despite the words pronounced in his day by Khrushchev, allied aid continues to be undervalued in the same way as it was in Stalin's time, and even more so taking into account the recovery of the nationalist narrative under the mandate of Vladimir Putin. For its part, 63% of the population believes that the USSR would have equally won the war without American or British help, according to a 2020 survey.

Some analysts have wanted to see in the current support program for Ukraine a disturbing parallelism that goes beyond the mere use of the same name as in 1941. The historian Adam Tooze pointed out a few weeks ago in his newsletter that the launch that year of The Lend-Lease law "was a key moment in the escalation of tension between the United States and Nazi Germany that not only conditioned the military strategy but also the radicalization of the regime's racial policy." In his opinion, this program is at the root of Hitler's declaration of war on the US in December 1941. “Are we inviting Putin to do the same? (...) Are we crossing the point of no return?”, he wondered.

For his part, University of Chicago professor Paul Poast, an expert in international politics, economics and the war effort, also warned that, depending on how it is interpreted, we are already in World War III, and that certain dynamics are being reproduced of the Second. One of them is precisely the supply of weapons by the United States, which ended 80 years ago with the direct involvement of that country in hostilities. "From Putin's perspective," he told the BBC, "he is already at war with the West, with the US, and he doesn't care that US troops haven't been used yet."