The United States announces 2.8 billion more in military aid to Ukraine and other European countries

The United States landed in Europe on Thursday to play its influential role in Russia's war against Ukraine, now that the Ukrainian military has launched a counteroffensive on the country's southern and eastern fronts. 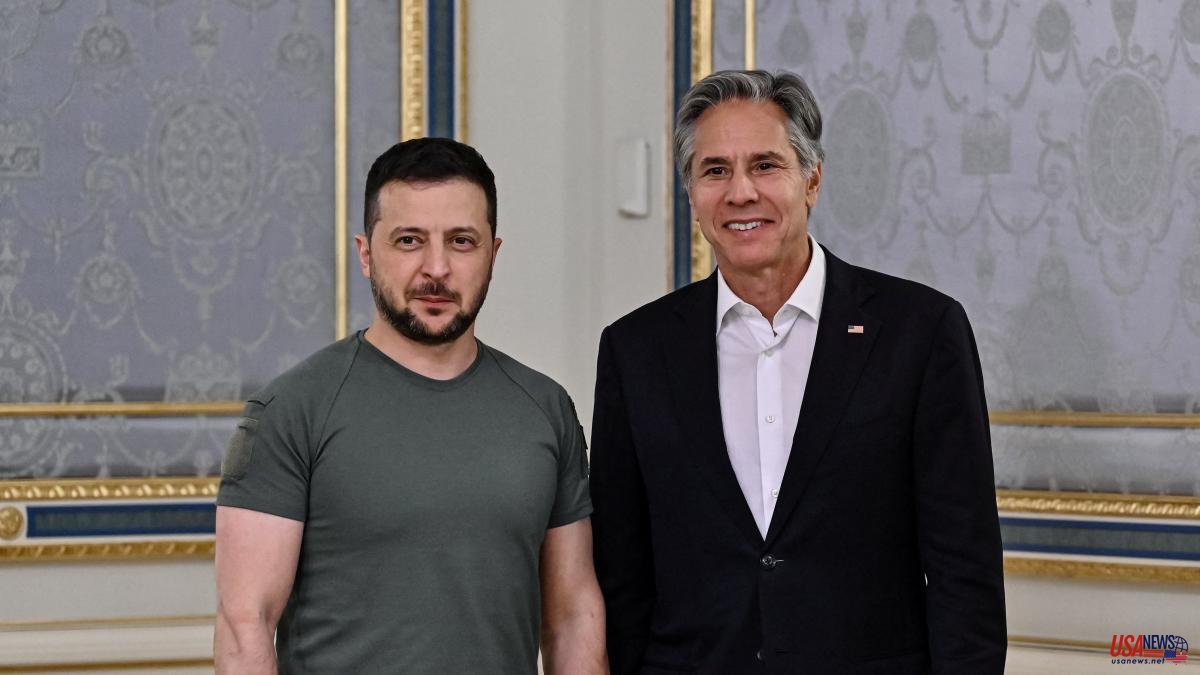 The United States landed in Europe on Thursday to play its influential role in Russia's war against Ukraine, now that the Ukrainian military has launched a counteroffensive on the country's southern and eastern fronts. Two heavyweights of the Biden Administration, the Secretary of State, Antony Blinken, and the Secretary of Defense, Lloyd Austin, made promises of strong military, economic, and symbolic value, totaling more than 2.8 billion dollars, although not the entire amount. It is for the country invaded by Vladimir Putin's troops.

Blinken made a surprise appearance in Kyiv - he traveled by train from Poland - and announced $2.2 billion in new military funding for Ukraine and 18 other European countries "potentially more at risk of future Russian aggression." Meanwhile, Austin chaired a meeting of defense ministers and chiefs of staff of 50 allied countries at the US air base in Ramstein (Germany), in which he promised an additional $675 million.

“Allies have committed to continuing to help Ukraine militarily for the long term,” Austin said at a brief afternoon news conference. This meeting of the so-called Ukraine Defense Contact Group – there have been five since last April, and this is the second to be held in Ramstein – was also attended by NATO Secretary General Jens Stoltenberg and Defense from Ukraine, Oleksii Reznikov. Among the 50 participating countries were European allies of the United States and members of the Atlantic Alliance, but also countries geographically further away.

The 2,200 million dollars that Antony Blinken promised in Kyiv to the Ukrainian president, Volodímir Zelenski, are pending final approval by the United States Congress. Of them, one billion will go to Ukraine and the rest will be divided between Albania, Bosnia, Bulgaria, Croatia, Czech Republic, Estonia, Georgia, Greece, Kosovo, Latvia, Lithuania, North Macedonia, Moldova, Montenegro, Poland, Slovakia, Slovenia. and Romania.

After six and a half months of fighting since the Russian invasion on February 24, the Ukrainian army has launched a counteroffensive, so "the war is at another key moment," said Lloyd Austin at a press conference in Ramstein. “Now we are seeing the demonstrable success of our common efforts on the battlefield; the face of war is changing and so is the mission of this contact group,” said the US Secretary of Defense.

The Himar missiles supplied by the United States "have hit 400 Russian targets," said the head of the US Joint Chiefs of Staff, Mark Milley, who described the progress made by the Ukrainian troops as constant and under "very precise" criteria. According to Milley, the Ukrainian troops are not at the limit of their capabilities, but they are “at a “delicate” moment when all the allied support is needed.

Ukraine requests ammunition, heavy artillery and armored vehicles to face the Russian troops sent by Vladimir Putin to its territory, where a war of attrition is being waged. The Ukrainian army has already exhausted all the Russian-made war material it had in its arsenals and relies on Western weapons to continue fighting.

The package announced by Lloyd Austin includes howitzers, artillery ammunition, Humvees (multi-purpose all-terrain military vehicles), armored ambulances, anti-tank systems and other weapons, all for short-term needs in the midst of a counteroffensive against Russian forces. .

"This assistance once again demonstrates our unwavering commitment to Ukraine's future as a democratic, sovereign, and independent state, as well as to the security of allies and partners throughout the region," Secretary of Defense Austin en Ramstein said. The two amounts announced by him and by Blinken raise US military aid to 15.2 billion dollars since President Joe Biden took office in January 2021, that is, a year before the outbreak of the war.