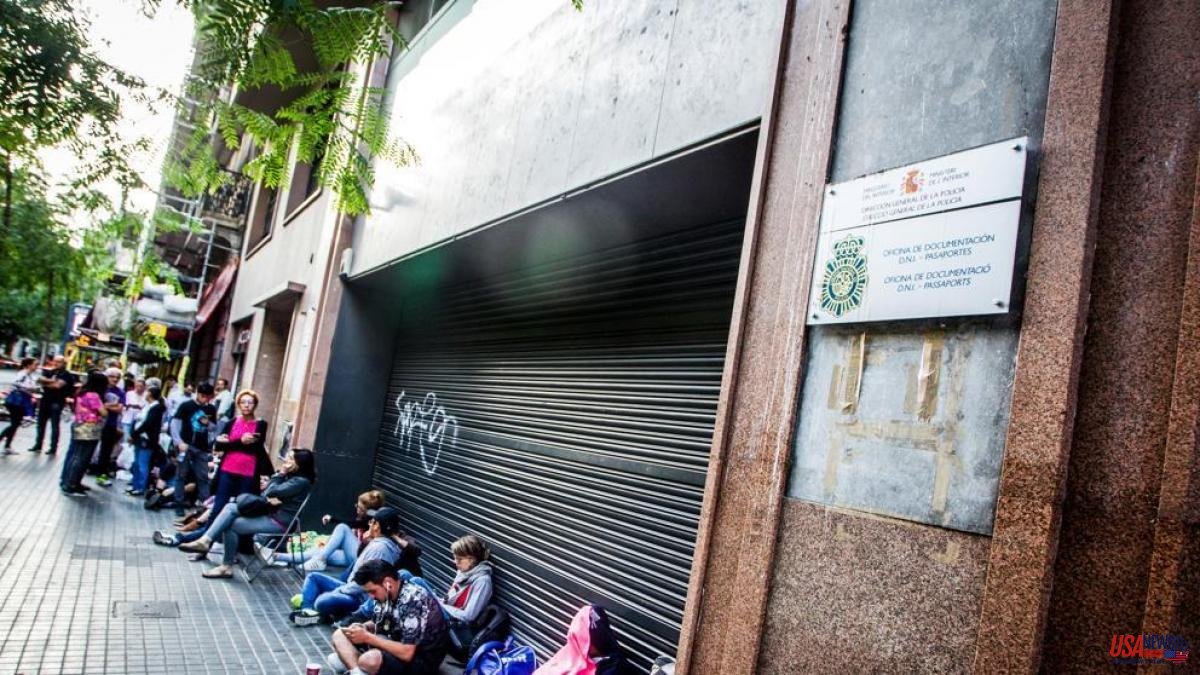 The CC.OO., UGT and CSIF unions have warned in a joint statement that the DNI offices and the passport of the National Police are again on the verge of collapse due to the increase in citizen demand that traditionally occurs during the summer period .

As the note points out, in communities such as Catalonia, Navarra, the Valencian Community and the provinces of Seville and Malaga, where most of the expedition teams have appointments two months ahead, you can only book an appointment on the day they open.

Faced with this situation, the unions demand that "the almost 2,500 vacant positions of non-police personnel be filled, that their working conditions be improved and that they be provided with the appropriate technical means, so that the public service can be provided with the quality that deserves citizenship.

The union organizations denounce that, after two years of special management as a result of the pandemic, there has been a progressive loss of personnel, which already means that the body has almost 50% of vacancies for non-police personnel, a staff that administrative and dispatch tasks are entrusted.

According to the unions, there are almost 300 offices about to saturate the appointment system. A common situation in the large population centers of Madrid, the Basque Country, almost all of Andalusia and Catalonia that has not been resolved despite the decision of the General Directorate of the Police to fill the vacant dispatch positions with agents.

In this sense, the representatives of the workers point out that the coverage of administrative positions by agents of the National Police entails an additional cost of more than 140 million euros per year for public accounts.

"An appointment of interim officials to fill positions in the DNI should have been made months ago, until the incorporation of more workers through the different mechanisms for the provision of jobs or the announcement of an adequate public employment offer for cover the enormous number of existing vacancies in our dependencies", indicates the statement from CC.OO., UGT and CSIF.