The unexpected happens all the time

An inside joke among economists is that it is very difficult to make predictions, especially regarding the future. 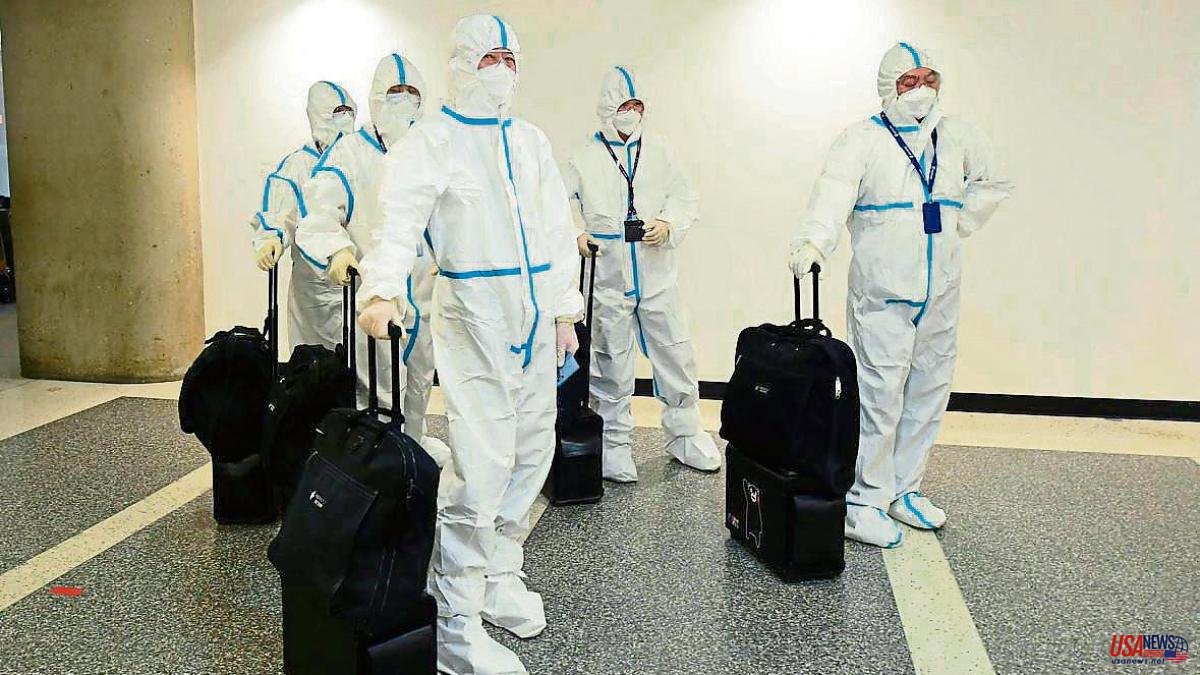 An inside joke among economists is that it is very difficult to make predictions, especially regarding the future. However, economists, political scientists, journalists and opinion-makers publish predictions at the beginning of each year. The two most established transatlantic newspapers, the daily Financial Times and the weekly The Economist, have done it again by 2023.

To estimate their credibility, we can examine what they predicted for the year 2022. Both the Financial Times and The Economist hesitated about the appearance of new variants of covid, which have led to a relative increase in infections and a decrease in deaths. They expected high inflation and the fall of the S index

But the biggest mistake affected the event with the biggest consequences: both prophesied that Russia would not invade Ukraine. The Financial Times argued that Putin could achieve many of his goals without war: destabilize Ukraine, deter military aid from Kyiv's allies, intimidate NATO and force more concessions to end the fighting in Donbass.

In fact, none of the great crises of this century were foreseen by most forecasters. The 9/11 attacks were a big surprise, the Lehmann Brothers bankruptcy was dismissed, the Trump election was off the table, covid was just a local plague and the war in Ukraine was not on any agenda.

The consequences of these unforeseen events have upended the world. They have also revealed the weakness of international institutions in anticipating and dealing with major terrorist attacks, financial crises, the results of certain hectic elections, pandemics and cross-border wars, which are all events of global scope.

We live in a world of change, which is a world of uncertainty. Institutions should serve to structure some actions, make others impossible and favor predictable behaviour. But currently the forecasts of results are only reliable in small and simple areas with effective rules of the game.

There is a general mismatch between many of the existing public institutions and the ever-expanding territorial scope of complex collective issues. In this context, predictions are made and decisions are made with limited knowledge or in complete ignorance.

On the one hand, limited knowledge allows some actions and events to be estimated with probabilities. For this, hypotheses about causes and consequences are needed, as well as well-contrasted data from past events. We may not be sure whether a decision will have the desired effects, but we can take risks by deciding based on some probability that it will. In this way, the risks are measurable and can be prevented against them. This is how insurance companies, weather and some medical treatments work, and this is how governments should work.

It's as if the American rulers had thought: we don't know if Iraq has weapons of mass destruction or not, but let's invade the country just in case it does. Willful ignorance also led Brexit promoters to an irresponsible decision that so many regret today. And right now the central banks seem to be hitting inflation blindly.

But even with good institutions and well-founded information, we have to accept that there are surprises. Karl Popper pointed out that our knowledge, that is, the advances of science and technology, cannot be predicted because, if it were, the next inventions would have already been invented. From this he deduced that the future course of human history is largely unpredictable. As Sir John P. Mahaffy once said, “in Ireland the inevitable never happens and the unexpected happens all the time” – a proposition given universal validity by John M. Keynes.

In its special issue “The World Ahead 2023”, The Economist predicts a permacrisis, one of the words of the year defined as “a prolonged period of instability and insecurity”. It includes a geopolitical crisis due to the widening gap between the West and the rest, a shock of raw materials that calls for a remodeling of the world energy system, and the consequent inflation and economic recession in developed countries. His forecast is that "2023 will be a grim and potentially dangerous year."

All these are probable projections of what is currently happening; but, like last year, the new surprises may be more important, produced by the many things that, for better or for worse, we do not know we are unaware of.