The UN and the violations of the 'procés'

Louder you could say, but not clearer. 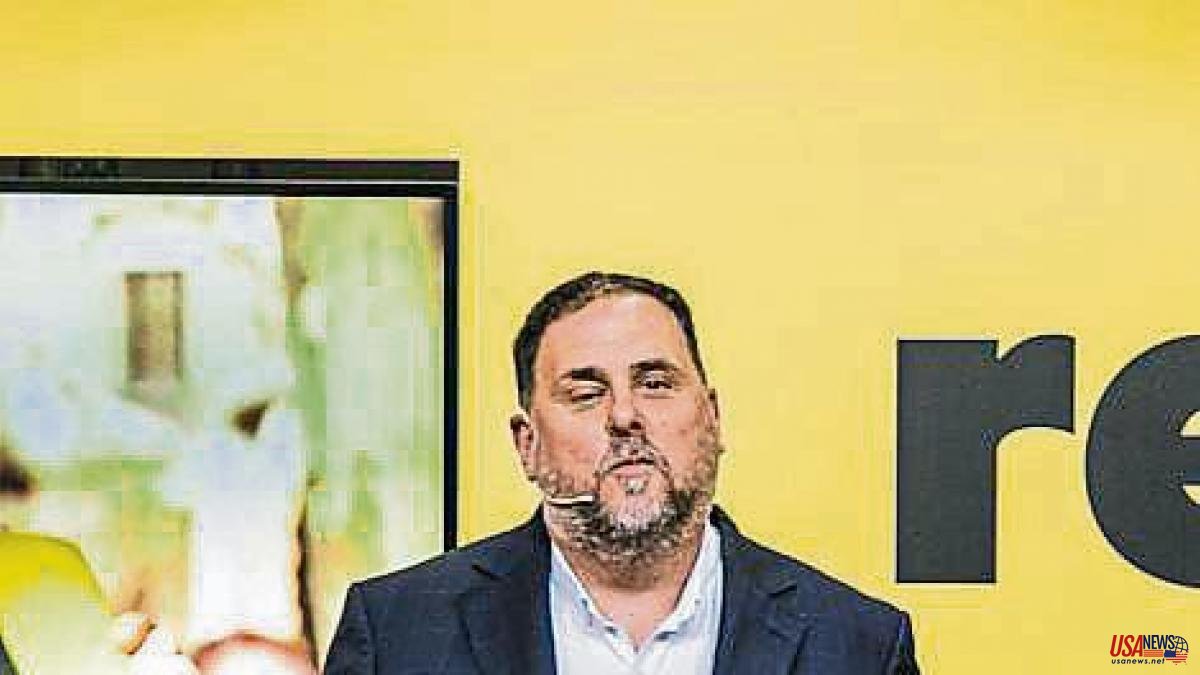 Louder you could say, but not clearer. According to the UN, Spain violated the political rights of former members of the Government and Parliament by suspending those accused of the events of October 2017 from their public functions before they were sentenced in 2019. One might think that the ruling will make one blush with shame those who made and endorsed that decision as excessively harmful and disproportionate. Give up all hope. Spain would force its legal system again if the same circumstances were repeated as then and those who perpetrated these acts –what do you want to bet?– are still proud and convinced that they did what they should.

The pronouncement is a moral victory for Oriol Junqueras, Raül Romeva, Josep Rull and Jordi Turull, the promoters of the complaint, and for all those who thought then and still think today that the response of the Spanish justice system to the crazy institutional sovereignty of that moment was disproportionate.

The United Nations is also moral gasoline for sovereignty in the legal Tourmalet that still has to be climbed. But beyond what the UN says through the committee for this issue - some of whose members are an invitation to run if what it is about is to thoroughly evaluate the commitment of some nations with human rights -, it is a shared truth (even by those who still today consider that all of this was necessary –reason of State–) that justice, the State security bodies and forces exceeded the 1-O and the storytellers of violence –police pens, media and animated science fiction readers of the judiciary– to justify a rebellion –with violence– that reality first and the Supreme Court ruling ended up dismissing.

Those were days, indeed, of rape. The pro-independence majority of the Parliament of Catalonia violated the rights of citizens, approving disconnection laws that, euphemisms aside, were nothing more than a light and deferred coup d'état, camouflaged under the external appearance of an exercise in democratic radicalism adorned with with the garlands of the crudest populism. The rights of the Catalans were violated again with a fake declaration of independence without any legitimacy. Days of action-reaction that left for history a sequence of unreason in which each political violation was carried out with the aspiration and desire that the response of the other party would be a greater violation. And the strategy worked, up to a point.

For a long time –perhaps still today– paragraphs like the ones above were read with contempt and contemptuously called equidistant. As if it were the obligation of every good citizen to choose a side and place himself uncritically on it. Forgive everything that, no matter how execrable, led your own family to look only for the culprits in the other's family. Fortunately, those times are getting further and further away, although there are still those who insist on making their flag in a particular vision of democracy that passes, either by not recognizing the conflicts, or trying to take advantage of them or, in the worst of cases, cases, dream of resolving them through authoritarianism, which can be exercised with batons but also in Parliaments that happily skip the most basic rules of democratic order.

For this reason, and despite all the difficulties, on days like today it makes sense to positively highlight the decisive commitment to the negotiation in which the ERC has been insisting against all odds and in which the PSOE participates, with less enthusiasm. Because with all the shortcomings that the anorexic process of dialogue between Sánchez and Aragonès is accumulating and will accumulate in the future, the truth is that, regardless of who weighs, this is the only way to a graceful exit from a conflict – numb now but existing – without anyone being raped again along the way.