The Superior Court of Justice of Catalonia (TSJC) has set the trial of former Parliament President Roger Torrent from October 26 to 28, after the initially scheduled date of July 12 was postponed, after the president of the room was removed, Jesús María Barrientos, upon being challenged. 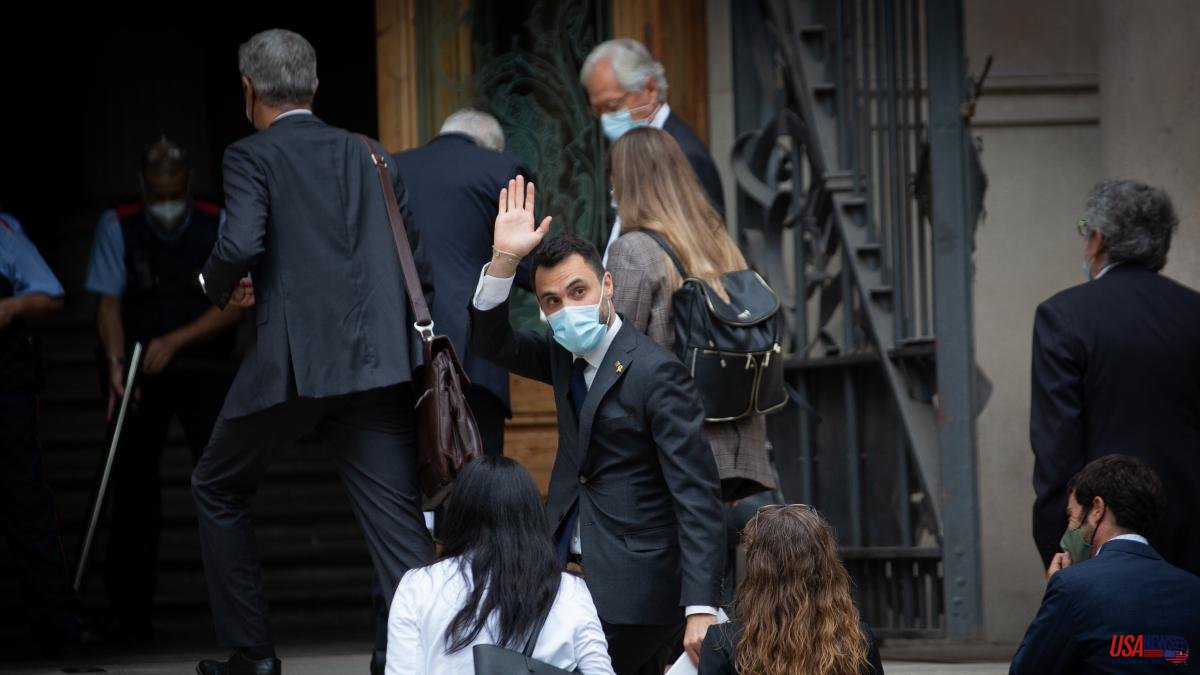 The Superior Court of Justice of Catalonia (TSJC) has set the trial of former Parliament President Roger Torrent from October 26 to 28, after the initially scheduled date of July 12 was postponed, after the president of the room was removed, Jesús María Barrientos, upon being challenged.

In an order, the civil and criminal chamber of the TSJC has set the trial for disobedience of Torrent (ERC), who is currently the Minister of Business, and the sovereignist members of his Board on October 26, 27 and 28.

The trial had initially been set for July 12, 13 and 15, in the next week, although it had to be postponed after the TSJC agreed last Friday to remove its president, Jesús María Barrientos, from the court, as a result of of his recusal.

Specifically, the TSJC recusal chamber agreed last Friday to remove Barrientos from the trial when he saw his "appearance of impartiality" "compromised", after he left an act at the Barcelona Bar Association in 2018 annoyed by an allusion de Torrent, then president of Parliament, to the "political prisoners".

According to the TSJC, from an "objective and impartial perspective", the fact that Barrientos left a public act on February 23, 2018 after Torrent referred to the existence of "political prisoners" in Spain is a "manifestation of rejection " which can generate "reasonable doubts" in the defendants and in society about their "appearance of impartiality".

Once the new trial date has been set, the TSJC will follow the established procedures to appoint a new judge to set up the court, together with magistrates Carlos Ramos and Carlos Mir, first among the members of the criminal chamber of the Catalan high court who did not have participated in the process and then on a previously established list of substitute magistrates.

Torrent faces a request from the Prosecutor's Office for one year and eight months of disqualification and a 30,000 euro fine for a crime of serious disobedience to the Constitutional Court, by allowing the processing of sovereignist resolutions and disapproval of the monarchy when he presided over Parliament.

The Prosecutor's Office requests the same sentence for Eusebi Campdepadrós -current Secretary of Relations with the Administration of Justice of the Generalitat- and for Josep Costa, from JxCat, both members of the Parliamentary Table that Torrent presided over.

Adriana Delgado, who was a member of the Bureau for ERC and participated in only one of the processes of the resolutions vetoed by the Constitutional Court, the Prosecutor's Office asks for a year and four months of disqualification and a 24,000-euro fine.