The Superior Court of Justice of Catalonia (TSJC) has closed the investigation of the case for serious disobedience against the Minister of Culture and deputy, Natàlia Garriga (ERC), for her role in organizing the illegal referendum on 1-O and has modified In addition, the indictment against her nullified her prosecution for embezzlement of public funds. 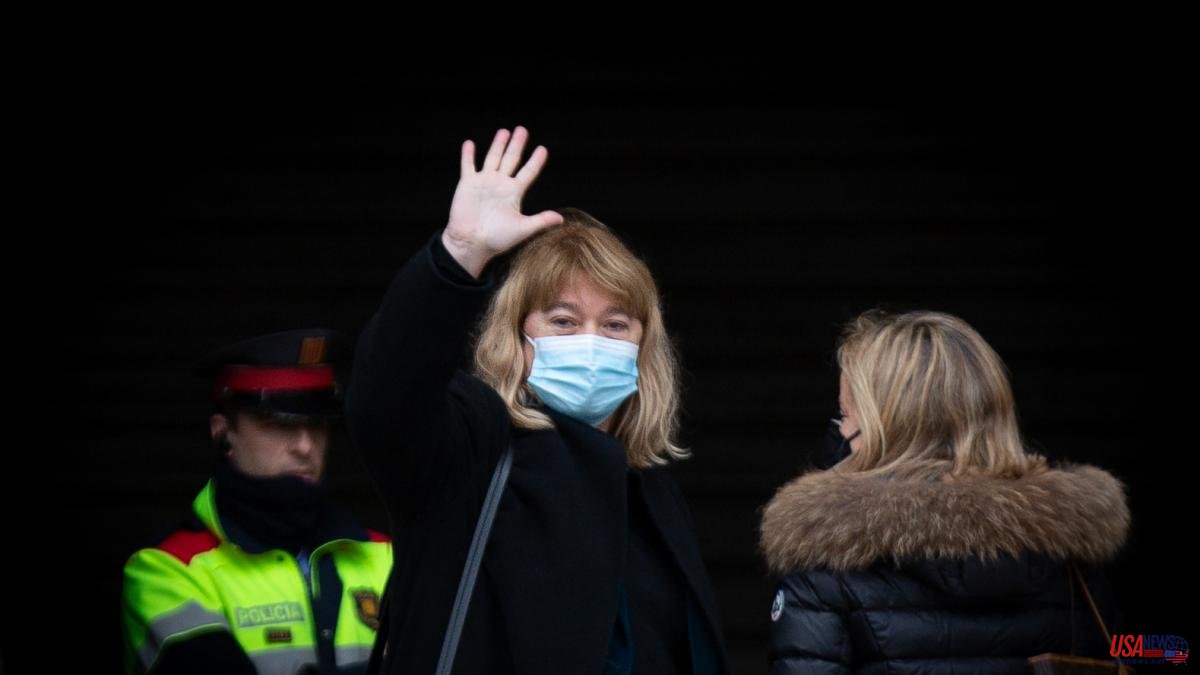 The Superior Court of Justice of Catalonia (TSJC) has closed the investigation of the case for serious disobedience against the Minister of Culture and deputy, Natàlia Garriga (ERC), for her role in organizing the illegal referendum on 1-O and has modified In addition, the indictment against her nullified her prosecution for embezzlement of public funds.

In an order dated May 26, the magistrate of the Civil and Criminal Chamber of the Catalan high court, María Eugenia Alegret, closes the investigation and adds it to the one she was already following against the also registered Republican deputies Josep Maria Jové and Lluís Salvadó, who are judgment point.

Garriga, who was arrested along with other senior government officials during the entry and search operation on September 20, 2017 at the Department of Economy and Finance, was initially prosecuted for a crime of embezzlement and serious disobedience by the investigating court 13 of Barcelona for her presumed participation in the organization and logistics of the 1-O referendum from the position of director of services of the General Secretary of the Vice Presidency that she held in October of that year.

Specifically, the indictment considered that the now minister intervened in the location and conditioning of a warehouse attached to the CTTI facilities as a multifunctional space intended to be used as a 'call center' for various electoral processes, including that of the 1 -EITHER.

Garriga would have signed the award of the basic and executive projects of architecture and installations and construction management through four smaller contracts of about 17,000 euros each, with a total of 70,390 euros plus VAT. The works carried out before 1-O cost another 1.2 million euros. In addition, Garriga would have achieved the transfer of several industrial buildings to store electoral documentation.

In his statement before the magistrate in March, Garriga indicated that he did not receive any requirement from the Constitutional Court warning him of the suspension of 1-O and denied that he used public funds to organize the referendum. Specifically, he argued that the CTTI facilities were not conditioned to organize the 1-O, but were designed to house other utilities related to the Catalan administration and have been used in the Catalan elections of 2017, as a telephone service to the 061 health and to welcome coronavirus trackers.

After accessing the position of Minister of Culture, her lawyer asked that the case against her be added to the summary that the TSJC had opened against Jové and Salvadó. However, the TSJC initially denied the request for the Barcelona High Court to refrain from judging it, considering that Garriga lacked legal standing to request that his case join that of Jové and Salvadó, and instead opted to open proceedings so that his admissions room would study the documentation and decide whether to take on the investigation.

On July 14, the TSJC declared itself competent to take on the investigation and in January of this year it took it on and added it to the one that was already being carried out against the other two Republican deputies.