The Superior Court of Justice of Madrid has revoked the acquittal of the former deputy operational director of the Police (DAO) Eugenio Pino and condemns him as responsible for a crime of revealing secrets to one year in prison, a fine of 7,200 euros and to compensate to the eldest son of the former Catalan president, Jordi Pujol Ferrusola, in the amount of 2,000 euros in the procedure known as the 'pendrive case'. 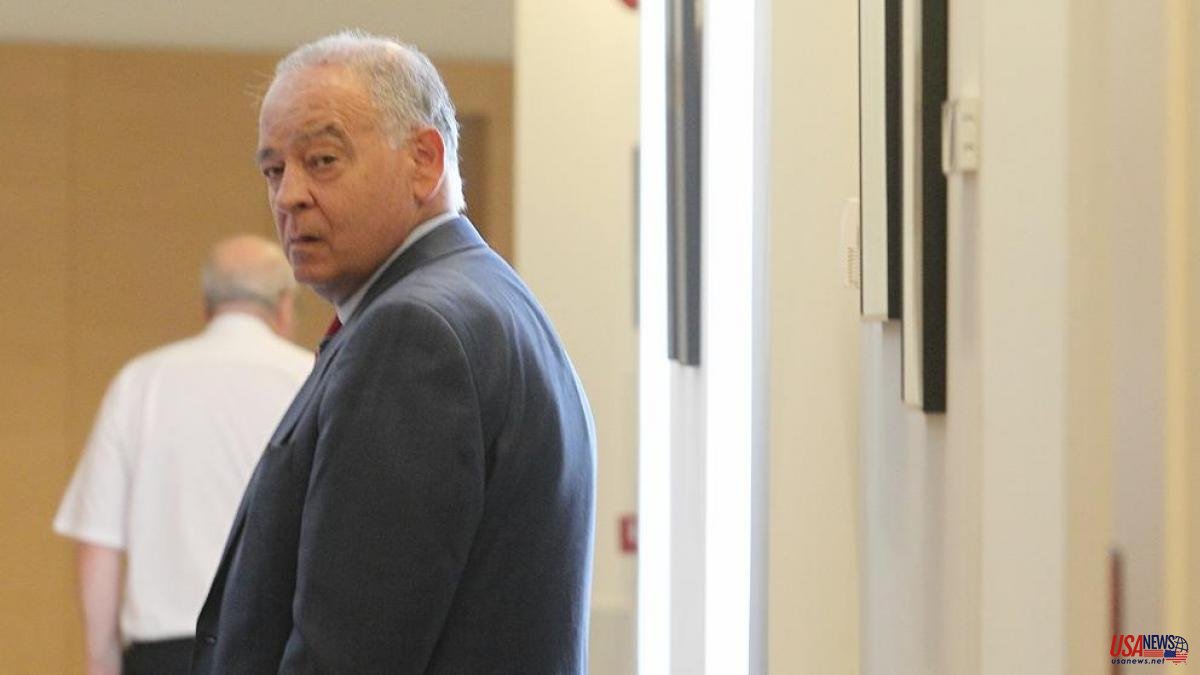 The Superior Court of Justice of Madrid has revoked the acquittal of the former deputy operational director of the Police (DAO) Eugenio Pino and condemns him as responsible for a crime of revealing secrets to one year in prison, a fine of 7,200 euros and to compensate to the eldest son of the former Catalan president, Jordi Pujol Ferrusola, in the amount of 2,000 euros in the procedure known as the 'pendrive case'.

The magistrates that make up the Chamber have upheld the appeal filed by Pujol Ferrusola on understanding, contrary to the criteria of the Provincial Court of Madrid, that Eugenio Pino, at the time of the events deputy operational director of the National Police Corps, did committed a criminal offense when he provided the CNI, the UDEF and the National Court with a 'pendrive' with information on Pujol Ferrusola without warning "at any time the judicial authority of the illegal origin of the evidence."

The one known as 'the Pujol pendrive' is a professional and personal documentation of Pujol Ferrusola obtained irregularly. Subsequently, an attempt was made to introduce the case opened in the National High Court on the Pujol family, although Judge José de la Mata was aware of the maneuver.

Pino was the architect of what is known as the 'patriotic police', of which former commissioner José Manuel Villarejo was a member. One of its functions was the so-called 'Operation Catalunya', to obtain compromising information from Catalan pro-independence leaders.

In the first sentence, it was considered that the only duty of secrecy that Pino could have infringed would have been the professional one, in no case did that incur a crime.

Now, the Civil and Criminal Chamber disagrees with this interpretation and maintains that “from the moment in which the accused did not comply with the duty that he had as a public official to prevent the 'pendrive' from having any path, but instead gave him course with a spurious use of its content, proceeded to disseminate, reveal or transfer to third parties data and documentation belonging to the privacy of Jordi Pujol Ferrusola with an evident intention of harming him”, simultaneously putting at risk the investigation carried out by the National Court.

Pino's police status, the Madrid TSJ magistrates clarify, does not exempt him from criminal responsibility for the crime of revealing secrets, as the Provincial Court maintained, nor does the fact that his actions were limited to handing over to others members of the Police the 'pendrive' "under the so-called formula of 'for the purposes that proceed', because, we repeat - add the judges -, no effect could or should produce" the reports contained in a computer device that should never have been incorporated into a court proceeding.

The judges of the Provincial Court considered in the trial of instance that the actions of Eugenio Pino, "beyond procedural or formal irregularities", was protected, in his capacity as a police officer, by the fulfillment of the duty to promote the prosecution of the crime.

Well, the ruling of the Civil and Criminal Chamber, against which there is an appeal before the Second Chamber of the Supreme Court, maintains the opposite when it states that there should be no loopholes in the police investigation: “The power of the State for the persecution and prosecution of illicit acts cannot use shortcuts. The exercise of the jurisdictional function only conforms to the constitutional model when it is based on the principles that define the right to a process with all the guarantees. The violation of the rights of the accused, either through an act of a criminal nature, or through the violation of his fundamental rights and freedoms, opens a crack in the very structure of the criminal process.”

The accused -add the judges-, "because of his status as a public official, where he held a very high level, he should know that given the illicit origin of the flash drive, he should not have given it to anyone "under any conditions", including agencies outside the judicial procedure, which reinforces the consummation of the crime of revealing secrets.

And among that nobody to whom the flash drive should never have been delivered, is the National Intelligence Center, as the defendant acknowledged. "In his decision to disseminate the data that he knew was not supported by any lawful basis for obtaining it, the defendant -states the resolution-, declares that he ordered another copy of the electronic device to be sent to the CNI, whose status as 'third party' does not admit the slightest doubt”.

The admission of this circumstance, which appears in the factual account of the original sentence and which was not denied, nor even questioned by the accused during the appeal hearing, "fulfills by itself -say the judges-, the violation of the duty of secrecy and custody to which Eugenio Pino was subjected at the time of the events.