More than 10,000 people, according to the chronicles of the time, attended the funeral of singer Nino Bravo in Valencia on April 18, 1973. 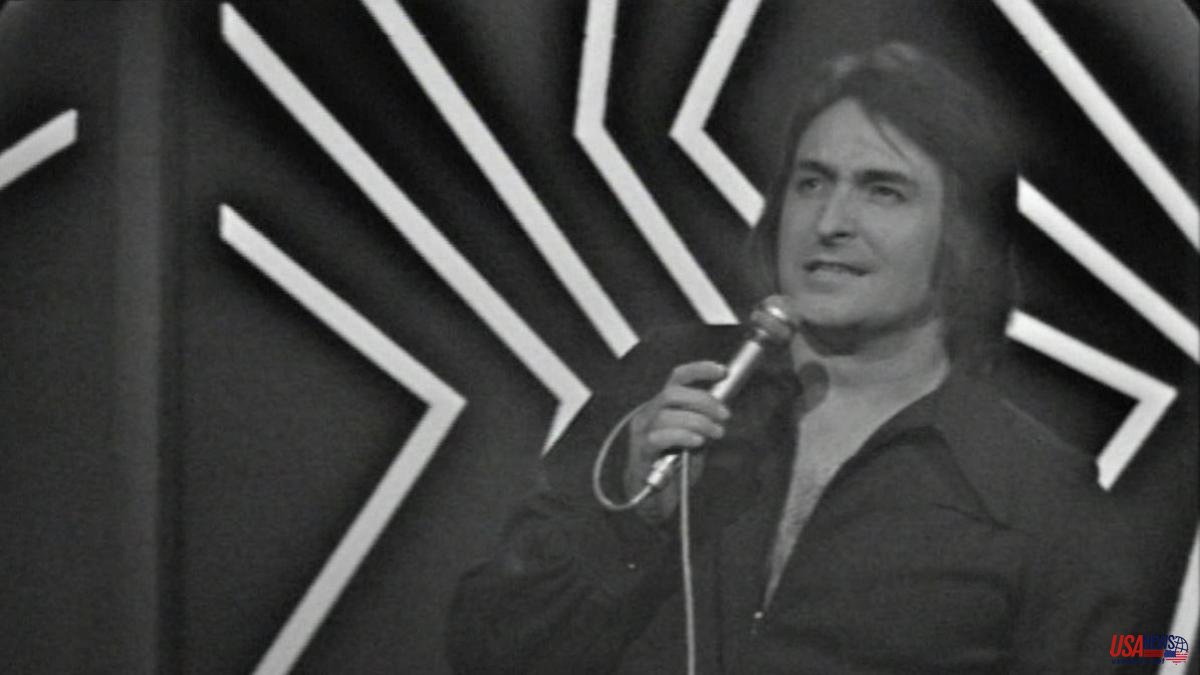 More than 10,000 people, according to the chronicles of the time, attended the funeral of singer Nino Bravo in Valencia on April 18, 1973. The black and white images show how difficult it was for the coffin, among a sea of ​​people, to get from the chapel to the niche where the remains of someone who only four years earlier had triumphed singing tender lyrics with a torrent of voice that continues to amaze were to rest. . The newspaper archive of La Vanguardia collects in a photo-news that "thousands and thousands" of people accompanied his family in that sad goodbye that is now half a century old.

The anniversary of that car accident that took the Valencian artist away is the excuse to value his figure throughout the next year, since 2023 will be the Year of Nino Bravo in the Valencian Community.

The City Council of the artist's hometown, Aielo de Malferit, declared it so last November and asked the Corts Valencianes to extend it to the entire Community. The plenary session of the Valencian Parliament unanimously approved it last week and yesterday the first meeting of the Nino Bravo Commission was held in Aielo after this declaration.

His daughter and son-in-law, part of the municipal corporation and the writer Darío Ledesma, author of the book Nino Bravo: Voice and Heart (Editorial Milenio, 2022) are part of it. The mayor, who is also a member of the Commission, is particularly satisfied that the declaration was approved unanimously in the Valencian Parliament. "It gives impetus to the knowledge of this artist throughout the country, it is important because it does not remain local," explains Juan Rafael Espí Mompó, Aielo's first mayor.

One of the actions that are already defined in the celebration is the renovation of the artist's museum, inaugurated in 2006. In November the regional Secretary of Tourism announced that it would sign an agreement with the Aielo de Malferit City Council, endowed with 40,000 euros, for “ digitize and renovate the Nino Bravo Museum, one of the most significant tourist pilgrimage points in our interior”, they explained.

Now also, adds its mayor, the Department of Culture has committed to the City Council to finance part of the renovation of the museum, which is publicly owned and is endowed with material owned by the artist's family. “There is an economic commitment to be able to finance it, although we don't know in what percentage, but the idea is that in the first quarter it will be totally reformed”, he explains.

The improvement of the museum is part of the commitment to cultural tourism around the figure of the singer. The municipality, which closes this 2022 after having been the Valencian Cultural Capital, wants to make the image profitable as a reference for the Spanish pop music of Nino Bravo and that this also redounds in the local economy. Today there are cultural routes that delve into his musical career, discography and awards received, where the costumes he used in his most important performances are even shown.

The ideas are still taking shape, but in addition to the modernization of the museum that bears his name, it is expected to enhance the annual event that every August 3, the date of his birth, is held in Aielo. Usually there are more than 1,500 people who attend the Nino Bravo Festival, but it is expected that this 2023 can be expanded to many more.

One of the options that is being considered with the Generalitat Valenciana is the performance of the Symphony Orchestra of the Valencian Community, and to this event as well as to others the consistory would like to add local entities of various kinds to involve the population as much as possible.

In fact, at the end of January there is already an almost closed date to start the celebrations around the figure of the Valencian singer after that massive and sad farewell to the voice that continues to move his followers fifty years later.