The recusals of the magistrates José María Barrientos and Carlos Ramos have left the court to judge the previous Table of the Parlament for disobedience without judges, given that none of the possible substitutes or volunteers is available for the date on which the trial is held. 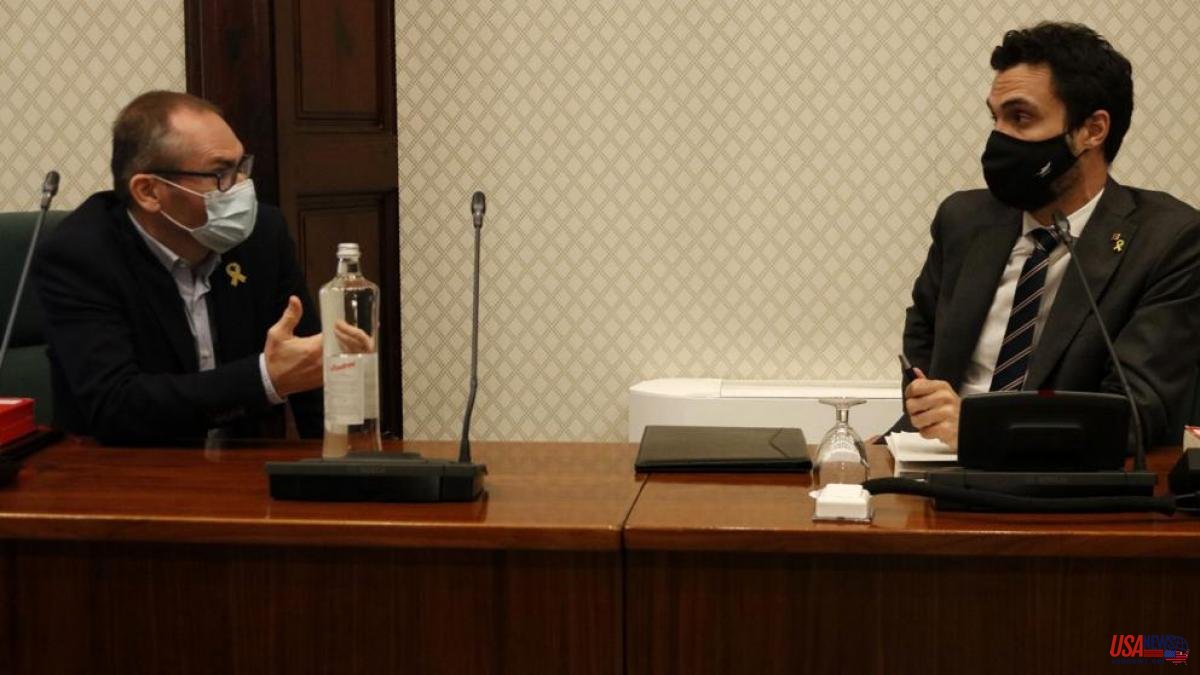 The recusals of the magistrates José María Barrientos and Carlos Ramos have left the court to judge the previous Table of the Parlament for disobedience without judges, given that none of the possible substitutes or volunteers is available for the date on which the trial is held. oral, next October 5, 6 and 7.

This is how the Superior Court of Justice of Catalonia (TSJC) explains it in an ordering procedure dated this Thursday in which the certification of the Chamber of the 77th Catalan High Court is deemed to have been received, in which the disqualification of Carlos Ramos Rubio is estimated. . In a press release, the TSJC acknowledges that the court "cannot be completed with magistrates from the list of voluntary substitutes" and adds that it "will be completed with the following provisions that current legislation has for these cases."

According to the TSJC, from an "objective and impartial perspective", the fact that Barrientos left a public act on February 23, 2018 after Torrent referred to the existence of "political prisoners" in Spain, alluding to the leaders of the procés, supposes a "demonstration of rejection" that can generate "reasonable doubts" in the prosecuted and in society about his "appearance of impartiality".

The TSJC must try the then President of Parliament Roger Torrent, current Minister of Business, and the members of JxCat and ERC at the time on the Chamber Table – Josep Costa, Eusebi Campdepadrós and Adriana Delgado – for a crime of disobedience by allowing the processing of sovereignist resolutions and disapproval of the monarchy in 2019, for which the Prosecutor's Office asks them for up to one year and eight months of disqualification and a 30,000-euro fine.

The trial has already suffered, in addition to two challenges, several date changes. The first challenge was that of the president of the TSJC himself, José María Barrientos, requested by the former vice president of the Table Josep Costa and unanimously accepted by his colleagues when he saw his "appearance of impartiality" "compromised" for abandoning an act in 2018 in which Torrent himself spoke of "political prisoners".

The second challenge was accepted at the beginning of August after being rejected at first and was presented by Costa himself. This emphasized that the party that proposed Carlos Ramos to occupy a position in the TSJC was the PSC, the same party that currently commands the government of the Spanish State and that urged the requirements of the Constitutional Court against the Parliament table that ended with the complaint and subsequent judicial investigation.