The transfer of Cercanías trains to the Basque Country is close, but compliance with the Statute is still a long way off

The degree of compliance with the Gernika Statute will mark the relationship between Pedro Sánchez and the PNV, one of its main partners, between now and the end of the legislature. 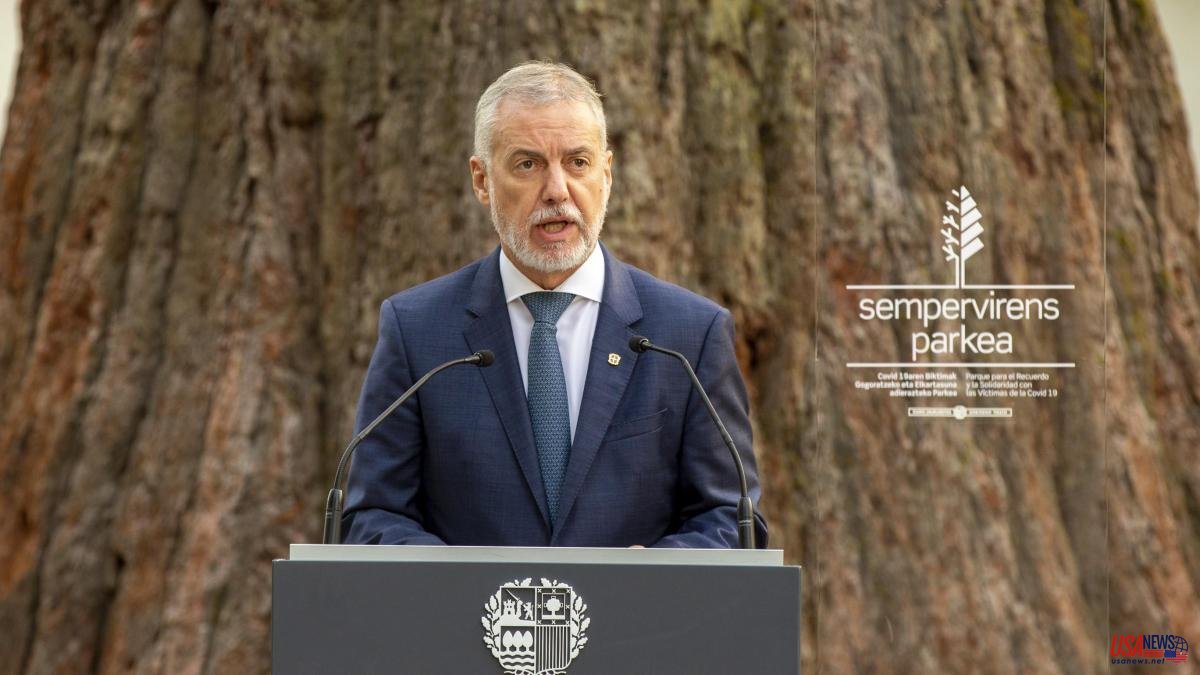 The degree of compliance with the Gernika Statute will mark the relationship between Pedro Sánchez and the PNV, one of its main partners, between now and the end of the legislature. And it can be said that the issue has not finished advancing, not at least fast enough so that the objective can be close to being achieved before the end of the mandate. The Basque Government sees the transfer of the Cercanías train competition as close, but it is the only transfer that is on the way. There are another 25 left, according to the list agreed by both parties.

In recent days, with the start of the political term, both the PNV, through Andoni Ortuzar, and the Basque Government, through the Lehendakari Urkullu, have made it clear what their priority is with regard to their relationship with the Government central: see the Gernika Statute fulfilled.

The PNV, for its part, signed a 12-point agreement at the beginning of the legislature to invest Pedro Sánchez, although it has focused, between now and the end of the mandate, on compliance with the third point of that pact: the transfer of the powers included in the 1979 Statute that are not yet in the Basque Country. The objective, therefore, is clear.

In a position of strength after the winks of the president of the PP, Alberto Núñez Feijóo, the jeltzales have redoubled their pressure on the central government, and Ortuzar himself has indicated that "they will feel free" in Madrid if Sánchez does not comply with the agreement. These calls for attention, however, do not finish offering results, at least for now.

The central and Basque governments have made progress in recent months in transferring the competence of Cercanías trains, included in the Statute approved in 1979. There is still work to be done, but the sources consulted believe that it will be completed in the short term. The normal thing would be that it arrives this fall. This is an important transfer, easy for citizens to identify and which has an impact on the day-to-day life of part of the population.

Renfe still manages five lines in the Basque Country: three commuter lines in Greater Bilbao, the city's metropolitan area; a narrow gauge line between Bilbao and Balmasesa; and another commuter line in Gipuzkoa. The rest of the commuter rail sections are managed by the Basque Government through Euskotren, which is also in charge of managing trams, funiculars and one of the Bilbao metro lines (the underground has two other lines, managed by the Consortium of Transport of Bizkaia).

In any case, beyond the substance of this transfer, the fundamental thing is that the Basque Government does not see more transfers in the near future.

The Basque Executive has sent six transfer proposals in relation to the following subjects: Meteorology; Coastal management; Cinematography Protection Fund; Maritime Rescue; Immigration; and the transfer of the National Machinery Verification Center (CNVM) in Barakaldo. At the moment, he has only received nuances from the central Executive regarding one of those transfers.

In other words, 15 months before the end of the legislature, another 25 powers would still remain, as well as the transfer of the aforementioned National Verification Center. The figure and the precedents do not invite us to think that before the end of the mandate it will be close to fulfilling that third point of the investiture agreement.

Since Pedro Sánchez became president, the management of 11 collected powers has been transferred to the Basque Government. Five have arrived this legislature and the other six during the previous one, between the motion of censure against Mariano Rajoy and the beginning of this mandate. Among the sealed transfers are that of Prisons, a year ago now, or that of the IMV, last spring.

The Minister for Territorial Policy, Isabel Rodríguez, has been insisting that this is a historical figure: "During Rajoy's two legislatures, the number of transfers was zero." However, it is far from what was agreed. And it has taken almost four years to undertake 11 transfers.

Faced with the new electoral cycle that is beginning in Basque politics, the PNV needs to assert its votes, and wants what was agreed in exchange for its votes to be fulfilled. It will hold a demanding position.

The Executive of Pedro Sánchez has not responded to the request made by the lehendakari, Iñigo Urkullu, to create a permanent commission to guarantee the flow of transfers.

At the moment, only a meeting between representatives of the Ministry of Territorial Policy and the Basque Government is expected. From the Spanish Executive they defend that there are legal problems regarding the transfer of some competences included in the Gernika Statute.

It remains to be seen when the aforementioned meeting is held and if it serves to speed up the transfers. The precedents do not invite us to think in that sense, which could further stress the relationship between the PNV and the Government of Pedro Sánchez. This situation also coincides with the budget negotiation, in which the Jeltzales have already announced that they will not renegotiate issues agreed upon at the beginning of the legislature.