Legend has it that there is a peak where the Christian king of Aragon, the emir of Tortosa and the emir of the Taifa of Valencia met. 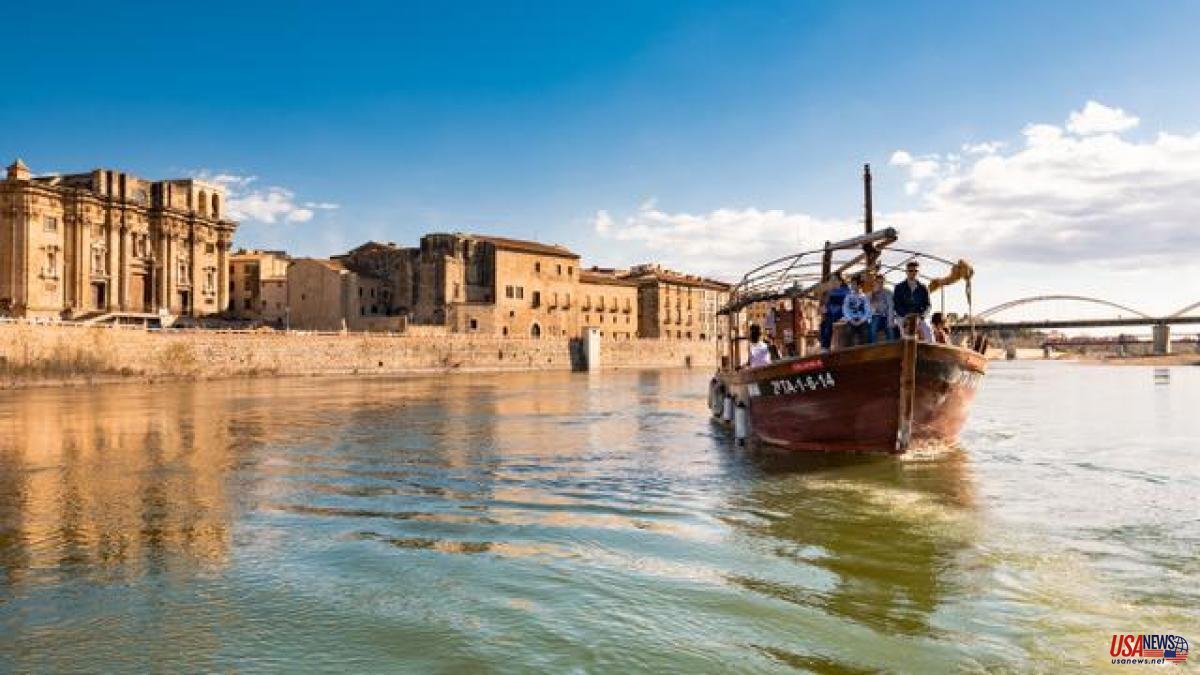 Legend has it that there is a peak where the Christian king of Aragon, the emir of Tortosa and the emir of the Taifa of Valencia met. It is known as the Tossal dels Tres Reis. And under its protection the Consortium of the Three Kings was conceived, of which the municipalities of Tortosa, Morella and Alcañiz are part.

Now, with the boost from the Next-Generation-EU funds, they want to promote the Route of the Three Kings as a common museum, architectural, heritage, historical and environmental space, "the one we inherited from a very specific geographical location, the point of encounter between the three referential territories of the Crown of Aragon", explained the mayor of Alcañiz, Ignacio Urquizu, a few months ago. It was in the presentation of the program of the Consortium to the European aid to which it aspires. Alcañiz holds this year the annual presidency of the Consortium of the Three Kings.

The Consortium, a supra-municipal public entity, activated the proposal in January and in April presented its project to the Spain Tourism Experiences Program, endowed with 26 million euros that will be financed with the Next Generation EU funds.

The conditions favor them, since it is designed to promote innovative initiatives and transforming experiences at a national level that take place in at least three autonomous communities. Bingo.

A total of 350,000 euros have been requested, an amount that far exceeds the current annual budget of 20,000 euros, which is financed by the municipal coffers of the three towns. "It was difficult to present the subsidy because it was aimed at developing a product, which is why we have looked for a story that can position us when it comes to selling the experience," explains Oriol Segarra, Tortosa Tourism Director.

For his part, the mayor of Morella, Rhamsés Ripollés, values ​​that "we have a lot of potential and vocation to claim the infrastructures and make ourselves visible, that is why the Consortium was also born," he tells La Vanguardia.

Ripollés, who explains that the Consortium met in Madrid with the Minister of Culture Miquel Iceta a few months ago to value the contribution to the Gothic and Renaissance of this route, points out that "we also want to claim that from these cities a cultural programming that can be used, such as Sexenni de Morella or l'Anunci".

Among the actions proposed to the Ministry of Industry and Tourism is the creation of a technical secretariat for the management, coordination and evaluation of the project, which will carry out the coordination and execution of all the actions that have been planned for the coming years. . It would be made up of specialists in different fields, both at the level of tourism marketing and project management.

The list of actions presented to the Ministry includes the purchase of several web domains, the creation of its own corporate image and the promotion of a new website where the entire tourist offer of the area is dumped. However, the main objective is to provide the "Ruta de los Tres Reyes" experience with a "proper and unique" story, capable of highlighting the main values ​​it represents and at the same time serving as inspiration for future visitors.

They also include the production of videos, virtual reconstructions and gamification products that link tourists with new realities.

"The idea is very interesting because it works on the fact that we are a crossroads: the south of Catalonia, the north of the Valencian Country and Lower Aragon. It is a historical point of union, personal and social, that has always existed. Here the people It has always been mixed and found, for us going to Morella or Vinaròs, or Matarraña is the usual thing, there have always been many relationships and this is just continuing it", maintains Oriol Segarra.

Seven years ago, the town councils of the three towns gave a joint press conference to present an ambitious tourist route that wanted to value the historic Crown of Aragon at the gates of FITUR, the great tourist showcase. They launched a website that today does not work in either of its two versions -in fact the Spanish version refers to an Asian page of dubious origin- and the presentation of their tourist loyalty card, called "Privilegium", today nothing is knows.

"There was desire, but there were no human resources, we have few people. I arrived in 2018, but the website no longer worked. It is very difficult for the municipalities to only manage to carry this forward, so the grant is a powerful opportunity to carry forward the project", defends Segarra.

The pandemic passed and after it, now comes the idea of ​​re-promoting this route that unites the Valencian Community, Catalonia and Aragon and that draws from a legend around a place in the Els Ports Natural Park, whose 1,356-meter-high peak is It is located at the vertex of confluence of the former territories of the Crown of Aragon.