The Tour is also run with a calculator

In addition to the helmet and goggles, the cyclists can be seen wearing gloves, with a bottle in hand, looking for a gel in the pocket of the jersey or grabbing the bag of supplies. 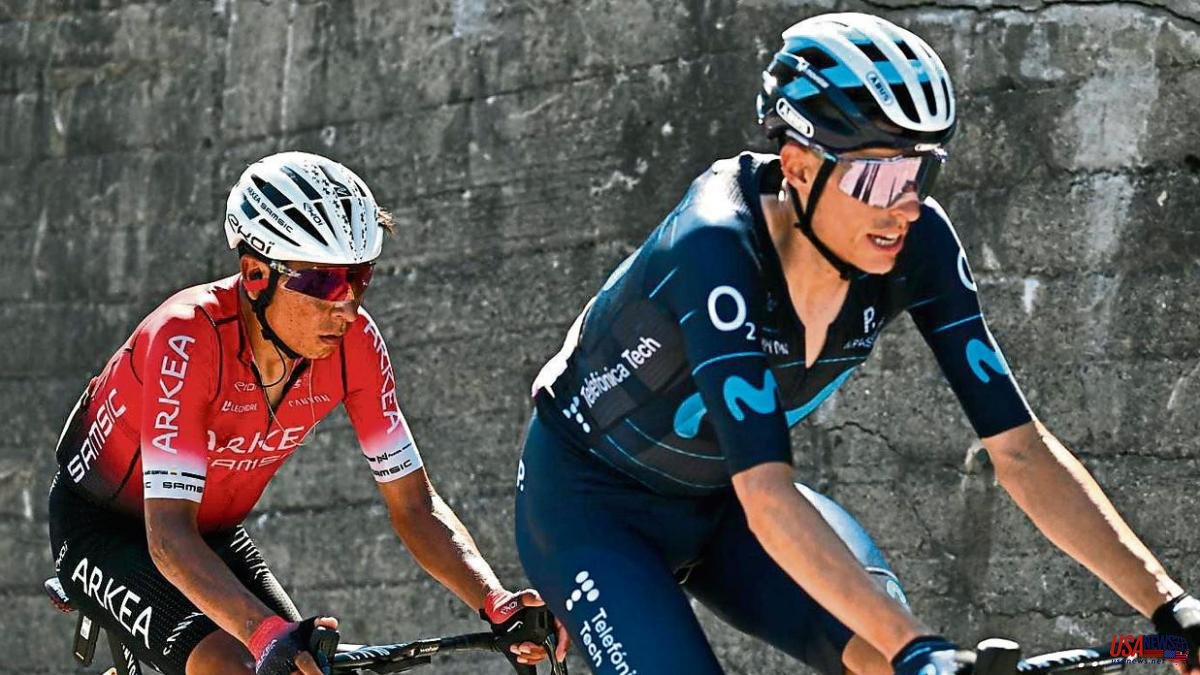 In addition to the helmet and goggles, the cyclists can be seen wearing gloves, with a bottle in hand, looking for a gel in the pocket of the jersey or grabbing the bag of supplies. The time has come for the second part of the Tour to add running it with a calculator to do numbers.

In a Grand Tour, you always see unusual alliances or not very logical tactics to defend the position, be it seventh or eighth place. Now all the points (those distributed by the UCI according to the results) count. Especially for some teams that are playing for relegation.

At the end of this season, the 18 teams with the most accumulated UCI points in the 2020-2022 triennium – for their top ten cyclists in each course – will earn a place on the World Tour for the next three years. The problem for some of those who currently hold the license is that Alpecin, the team led by Mathieu van der Poel and Philipsen (they won three stages in the Giro, for example) and Arkéa, the team led by Nairo Quintana, both from the Pro Team, the second division, they have done so well that their place in the first division is almost assured.

Instead, there are several theoretically superior sets that have gotten into a mess. Right now Israel and Lotto would lose their privileges, that is, being invited to all the World Tour races, including the Giro, the Tour and the Vuelta and the great classics. But Movistar is in the conflict zone, only ahead of Education First and BikeExchange.

At each stage in the Tour 240 points are distributed, half for the winner of the day. And the jackpot comes in Paris, where the winner takes 1,000 and his companions on the podium win 800 and 675, respectively. In other words, to date, in the first nine days, 2,160 points have been awarded.

For example, Pogacar has added 395 points thanks to his two victories (240) and his four days in yellow (100). Van Aert even beats him with 490. The UAE and the Jumbo swim in abundance, no doubt, as do the Ineos and the Quick Step. They have nothing to worry about.

Others have to think about the collection tactic, like Movistar. In fact, Verona collected the first 25 points for the team in the French round. “Carlos' third place is good for the team. We need results”, said Enric Mas at the Châtel goal. The telephone companies still have a 638-point advantage over Lotto, which is not having things going with the sprinter Ewan, who was badly hit after the crash in Arenberg.

Instead, Israel got 120 points with Clarke's victory, precisely on the pavé, and has Fuglsang and Woods, two stage hunters, with their shotgun ready. Froome barely counts.

The BikeExchange is one of those that has put the batteries. After two victories for Simon Yates in the Giro, he has now been first with Groenewegen (120) and second with Matthews (100). In that sense, Education First has barely made the most of the prominence of Magnus Cort, Powless and Urán. He has also lost Guerreiro, just as Cofidis has had the weight loss of Guillaume Martin, who had to go home for testing positive for covid on Sunday and who was tenth last year.