Quoting Almudena Grandes in defense of smiles that obtain greater returns than pouting faces, the director of the Teatre Nacional de Catalunya (TNC), Carme Portaceli, has presented the 2022-2023 season under the motto "A conscious look". 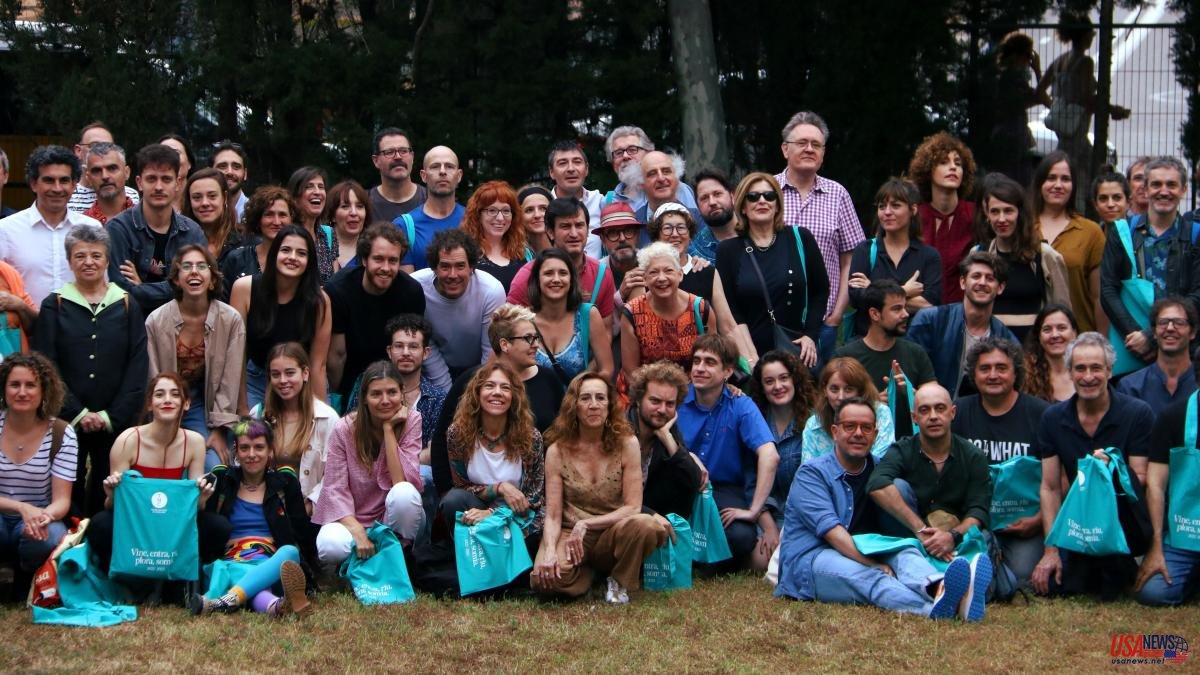 Quoting Almudena Grandes in defense of smiles that obtain greater returns than pouting faces, the director of the Teatre Nacional de Catalunya (TNC), Carme Portaceli, has presented the 2022-2023 season under the motto "A conscious look". Full of striking proposals, to confirm this positive spirit of the theater, the season will open with clowns.

Portaceli has spoken of a new era: “This is a moment of rethinking our minds and our lives, our histories and, therefore, our future. None of us can do it alone, we all have to do it together. We don't need to be entertained, we need to meet and share the public space, and we need to cultivate this shared space, that's why we tell you: come, come in, laugh, cry, dream with us in the theater”.

Los Galindos will be in charge of kicking off the Sala Tallers, with their show MDR (Mort de riure) 21 / IX. One week later, the Sala Gran will host the premiere of La ceguesa, an adaptation of José Saramago's essay by Clàudia Cedó, to celebrate the centenary of the Portuguese writer.

The Peeping Toms, the prestigious Belgian company, will bring their latest creation, Triptych. On Christmas dates it will be Juan Diego Botto who will put himself in the shoes of Lorca to present Una noche sin luna. And thirty years after the legendary show directed by Mario Gas, El temps i els Conway, by J.B. Priestley, with a translation by Joan Sellent and direction by Àngel Llàcer.

Behind another of the milestones of this season is Portaceli herself, responsible with Pablo Ley for the dramaturgy of a new version of Terra baixa. Guimerà's classic, with the subtitle "Reconstrucció d'un crim", is set this time at the time of the emergence of fascism, with Barcelona, ​​the city of bombs, as part of that corrupt terra baja, has revealed the director of the TNC. Anna Ycobalzeta will be Marta and Borja Espinosa, Manelic.

One of Portaceli's ideas is to bring Valencian and Balearic productions to Catalonia and vice versa, to nourish the Catalan-speaking lands with theater, "what we used to call Països Catalans".

The TNC season is completed with Silencio, based on Juan Mayorga's admission speech at the RAE, with Blanca Portillo on stage. Josep Julien writes and directs Bonobo about Younes, the terrorist in the Rambla attack. Lurdes Barba, Imma Colomer and Lina Lambert will be the Talking heads of Alan Bennett, directed by Anna Soler Horta. And the Cia. Manolo Alcántara will bring Déjà vu.

Revisited classic characters, such as Desdemona, Bovary and Teresa de Ávila, will also perform on the TNC stages. Tickets are offered with various discounts, depending on the number purchased, for families and those under 35 years of age, plus the classic subscriptions.