The time of the traitors in the Second World War

It is good news that the list of Spanish historians capable of standing up to the great figures of the Anglo-Saxon world in the treatment of topics of universal interest is increasing. 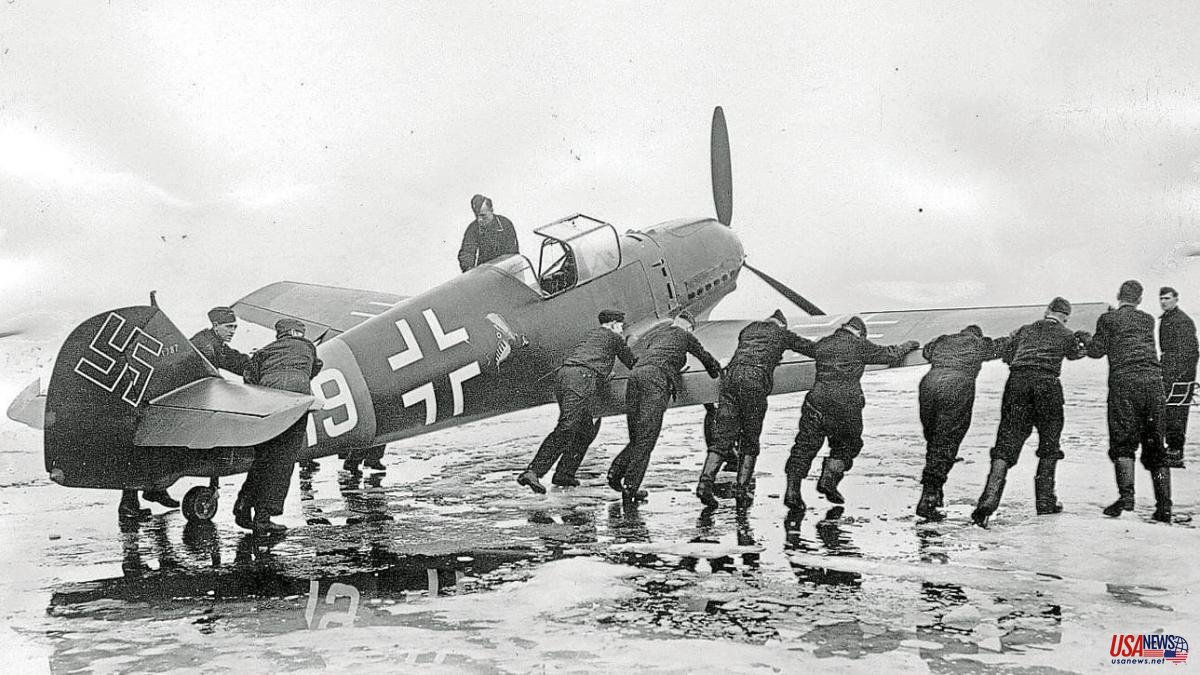 It is good news that the list of Spanish historians capable of standing up to the great figures of the Anglo-Saxon world in the treatment of topics of universal interest is increasing. Above all, when this is achieved in attractive and accessible narrative terms. This is the case of this book, in the best tradition of the works of Ferràn Gallego and Xosé M. Núñez Seixas on the Third Reich and the war of extermination waged on the Eastern front.

Collaborators intends –and succeeds– to explain the paradox that minority ultra-nationalist parties (extreme nationalism was a characteristic common to all European fascisms) joyfully accepted the military occupation of their countries by a foreign power.

Some of its members were young men fascinated by the invincible appearance of the Waffen SS, the marches, the uniforms and the mystique of combat. Thousands of men barely out of their teens crossed the continent willing to die for a European New Order led by Germany. That combat experience marked them indelibly and contributed to their process of ideological radicalization.

When they returned from the front and, above all, after the defeat at Stalingrad, they became aware that they had burned all the bridges with their compatriots; that defeat would mean that they were treated as traitors. The final chapter is devoted to the question of reprisals, describing how societies humiliated by the occupation fell into the myth of resistance and imposed a period of purge that led to Norway, Denmark and the Netherlands, which had abolished the death penalty They will re-implant it.

The reckoning, however, was brief. Starting in 1946, Europe's most violent past "was plunged into darkness and silence, to the point of being inconceivable for the following generations." Nor is it surprising. The shameful behavior (with few honorable exceptions) of the elites of the countries analyzed by the author continues to cast an ominous shadow over the conscience of the continent.

Others were opportunists seeking power under Nazi tutelage. But, although they promoted the fiction that he was counting on them for the establishment of his New Order and granted them advantages and privileges, they always preferred the cooperation of the old conservative elites. The French case is paradigmatic. Hitler willingly agreed with Petain and Laval and kept the local fascists in the humiliating background, under the orders of the SS and Gestapo units.

A large part of the book is devoted to the cases of Belgium –and the criminal competition between the Flemish and Walloon Nazisms–, Norway, Denmark (enthusiastic promoter of the SS-Standarte Nordland) and Sweden. Less attention is paid to France and the Baltic and Ukrainian collaborators, a primary source of enthusiastic recruits who competed with the Nazis in anti-Semitism and anti-communism.

Spain was not occupied or a belligerent in the world conflict, but it demonstrated its ideological identification and solidarity by sending the Blue Division. The book dedicates some of the pages to his scarcely exemplary adventures.

A documented journey through the sinister history of the European 20th century that joins those who try to answer the question of how ordinary Europeans went from listening to rallies in beer halls to collaborationist organizations, combat units and squads of the death.