The tie as a political message

Forty years ago, the German Greens broke the mold when their brand new deputies stormed the Bundestag – then still in Bonn – in sneakers, wool sweaters and jeans. 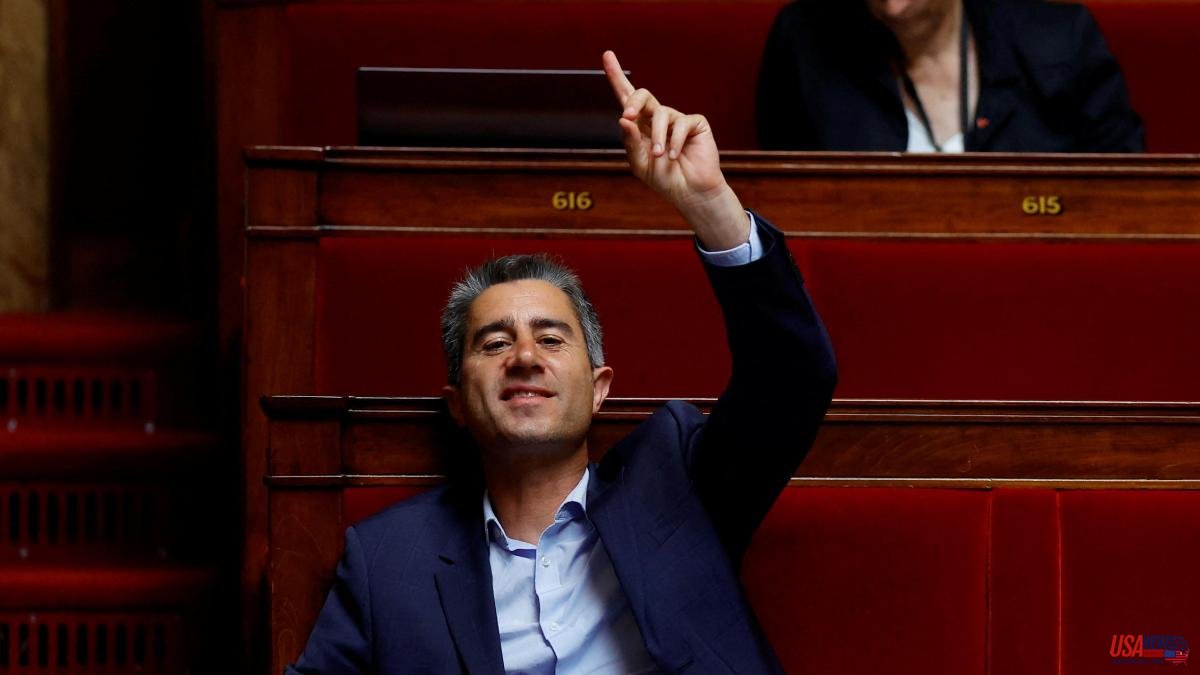 Forty years ago, the German Greens broke the mold when their brand new deputies stormed the Bundestag – then still in Bonn – in sneakers, wool sweaters and jeans. Some placed pots and flowers on their seats. One of them, Joschka Fischer, would become Foreign Minister and Vice Chancellor a few years later. In this new function he already wore elegant dark suits, often with a waistcoat.

The dress of politicians and businessmen has become quite relaxed around the world. G-7 leaders meet in their shirtsleeves at some of their annual summits. The tycoons and top executives of American digital giants like Google or Apple always wear casual clothes. So did the ill-fated Sergio Marchionne when he ran Fiat and Chrysler. The Italian-Canadian executive became famous for his inseparable sweater, even at shareholder meetings.

Despite the evolution of customs, in France the clothing of the new deputies in the National Assembly is causing controversy, largely because it reflects the strong political polarization after the legislative elections in June. The majority of left-wing parliamentarians, especially those of La France Insumisa (LFI), the party of Jean-Luc Mélenchon, do not wear a tie. Some, like François Ruffin, have dared to wear very casual shirts with names inscribed on them. The president of the Provence-Alpes-Côte d'Azur region, Renaud Muselier (center right), deplored the behavior of a "dirty and scruffy left that screams everywhere", words that were harshly answered by those concerned.

The president of the National Assembly, Yaël Braun-Pivet -of President Macron's party, the centrist Renaissance-, said yesterday that she does not accept "acting as a dress police officer", although she recalled that, out of respect for the institution, deputies do not they can wear any type of clothing, which must respect a minimum, both men and women. "When you enter the National Assembly and the hemicycle, you should no longer think only of yourself but that you are a representative of the nation and you always have to think that the French should be proud of you," Braun-Pivet stressed.

The deputy of Los Republicanos (LR, right) Éric Ciotti has asked that the tie be made compulsory. LFI MP Louis Boyard has countered that “indecently priced apparel” should be banned because of its exorbitant price tag. In a letter to the president of the Assembly, LFI deputies Mathilde Panot and Alexis Corbière argued that "deputies must be the image of the people, their hopes and their indignations, and not stand on the sidelines."

Unlike the left, the 89 deputies of the National Rally (RN, extreme right) have received the order of their leader, Marine Le Pen, to "behave impeccably." That means, for them, going in suits and ties. They should wear sober and elegant dresses or ensembles. So far they have strictly complied with the order.

With formal dress and a constructive attitude in parliamentary work, Le Pen wants to convey the message that her party is ready to govern, that it is a mature and responsible political force. After the unexpected success in the legislative elections and the more than 41% of votes that she achieved in the presidential elections, Le Pen thinks that the Elysee may be within her reach in 2027.

Informal attire has not been the only reason for the scuffle in the National Assembly. Some MPs have raised concerns about rude manners and dumbing down, far removed from the traditional uses of parliamentary courtesy. There is a fear that a soccer stadium environment will be installed and not a legislative headquarters. Braun-Pivet caught the attention of a deputy who did not first address her with the expression “Madame Présidente” at the beginning of her speech. They are small details, but important. A deputy from Macron's party, Rémy Rebeyrotte, was sanctioned for having given the fascist salute, as an insult, to a colleague from the extreme right.

These are undoubtedly rough times in the French Parliament and perhaps wearing a tie or not is a secondary detail, although revealing of a spirit of contestation to what institutions mean and do.