When Paco Caballero was asked to make a Christmas movie, he was astonished. 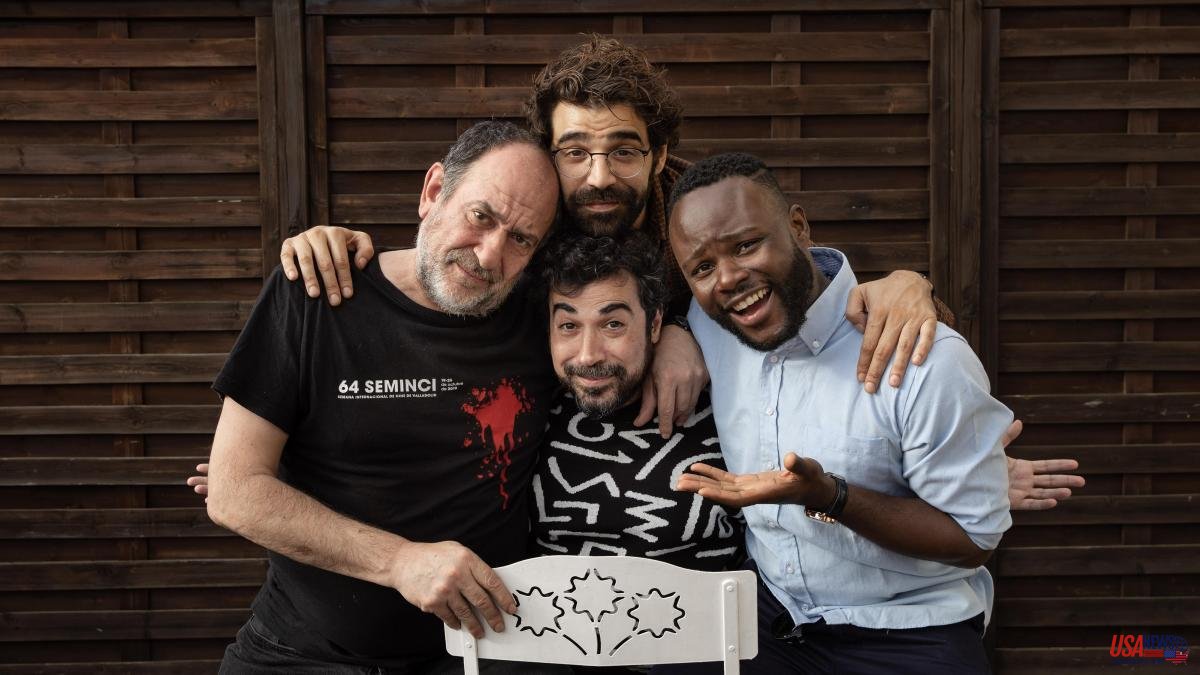 When Paco Caballero was asked to make a Christmas movie, he was astonished. “The producer Juan Gordon asked me for a story starring the Three Wise Men. I asked him if he really wanted to call me and he said of course he was the right person. I saw him so convinced that I accepted, although I wasn't very sure where to start but I got it and I'm truly satisfied”, the filmmaker admits to La Vanguardia about his new film Kings against Santa, which hits theaters this Friday.

Caballero explains that, “from the beginning I considered the production as an adventure film. It's Christmas because its characters are Christmassy, ​​but the film itself tells a story that's actually not that far from Harry Potter,” he anticipates. For this adventure, he recruited Karra Elejalde, David Verdaguer and Janick for his team, to whom he offered the role of Melchor, Gaspar and Baltasar, respectively.

“We are very little used to movies related to Christmas and children's movies in general. Few films are made in Spain and more than 90% are animated. I don't really understand why, since a good family film, dedicated in this case also to the little ones, can have many layers of understanding that allows adults to enjoy it too. Given the lack of this type of film, I decided to accept being part of this cast almost as an act of militancy", acknowledges Karra Elejalde, who takes the opportunity to claim the pedagogy that can be extracted from her new film: "Teaching children from an early age that, united, we can contribute to diminishing the evil”.

The story focuses precisely on Their Majesties who, fed up with the fact that a Santa with a Mexican accent, played by Andrés Almeida, takes away their leading role, decide to confront him, not knowing that this war will awaken a much more dangerous common enemy, the Krampus. , which had been inactive for centuries. “He is a character that comes from Eastern and Northern European mythology and is the antithesis of Santa Claus. In fact, he is dressed in rags of his clothing. I imagine him as a kind of Golum”, says the filmmaker.

“Santa is a bit like the great multinational, international and known throughout the world, which prevails over small companies and artisans, who in this case would be the Kings or the Caga Tió or the Olentzero. The truth is that we are increasingly contaminated by American culture and we wanted to claim a little of what is ours. Chestnut instead of Halloween. Kings instead of Santa. Or, in any case, that it be complementary, but that we do not stop celebrating our festivities”, Verdaguer emphasizes.

Despite the fact that this is the main plot, it should be said that, with his character, the Catalan actor has another special role in the film: claiming the role of King Gaspar. “Everyone talks about the white King and the black King. I did it myself when I was little. But what about the middle one? Why doesn't anyone remember him?” he jokes.

The trio of actors acknowledge that recording this tape has reminded them of some of their most memorable Christmases. “My grandmother had a birthday on January 1 and I remember that every New Year's Eve was special because after the grapes we celebrated her birthday. Despite the fact that she is no longer with us, I still remember today how we all went to hug her when the clock stopped ringing ”, Janick is sincere. Caballero, for his part, admits to being “more materialistic” but insists that “the situation deserves it. Do you know what it meant for me to find a Scalextric mounted in the living room? With a Ferrari Testarossa and an Audi four-wheel drive. I reamember like it was yesterday".

Verdaguer, for his part, admits that "I have recovered the enthusiasm for Christmas since I have been a father because, without children, these dates do not make much sense." Something in which Elejalde also agrees, who acknowledges that “now that my daughter is 22 years old, she doesn't live the same way. But that is why I cling to this tape and I wish all the little ones to come and enjoy themselves in the cinema ”, he concludes.