The three most conflictive Spanish airports this summer

The strikes suffered by several airlines this summer (Ryanair, easyJet, Iberia Express or Air France, among others) together with air congestion in Europe have caused a large number of flight delays and cancellations, as well as problems with luggage, in the summer of recovery after the pandemic. 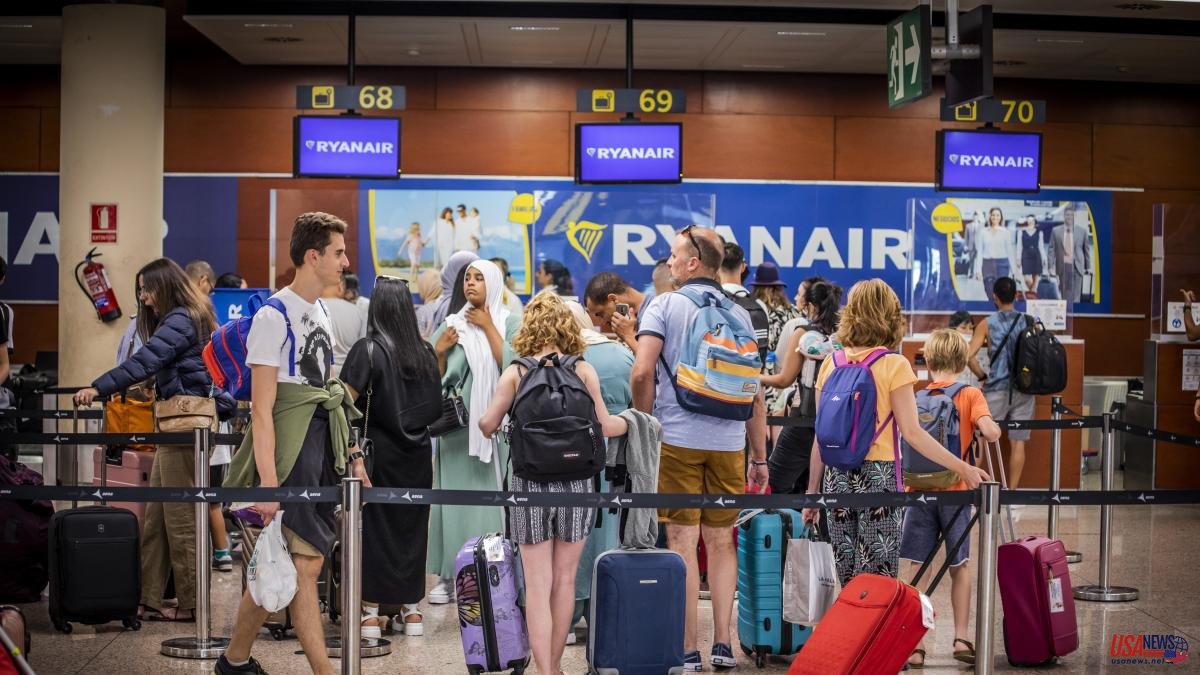 The strikes suffered by several airlines this summer (Ryanair, easyJet, Iberia Express or Air France, among others) together with air congestion in Europe have caused a large number of flight delays and cancellations, as well as problems with luggage, in the summer of recovery after the pandemic.

These are incidents that always increase in summer, but this year they have occurred with special intensity, according to the latest data compiled by Reclamador.es. Between the months of June and August, the legal consultancy has registered 17,000 incidents. The Spanish airports that concentrate the most claims due to the conflicts in the airline companies and the air chaos in Europe are El Prat, Barajas and Son Sant Joan, in that order. These are not lawsuits against the airport itself, but against the airlines that fly in them, emphasizes Ana Rodríguez, director of operations at Reclamador.es.

Barcelona airport heads the ranking with 2,100 complaints to the companies that fly into it. Of these, more than 1,000 are due to cancellations of flights departing from the airport, while delays account for almost 900 incidents. According to data from the consulting firm OAG, El Prat's punctuality index in August was 67.7%, meaning that almost a third of the flights analyzed were delayed. Of the 13,099 flights analyzed by OAG that month, 0.6%, that is, 78, were cancelled. In July the punctuality rate in Barcelona was somewhat lower, 66.5%, while 158 flights were cancelled, on 1 2% of the total, says OAG. The highest number of cancellations at this airport occurred in June, 185 in total, but there were fewer delays, with a punctuality rate of 69.2%.

After El Prat, Barajas is the second airport for incidents presented. In total, Reclamador.es has received 1,200 passenger lawsuits against the companies that operate there, more than half related to delays. All in all, the punctuality index of the Madrid airport is much better than that of Barcelona, ​​with 79.6% of the planes taking off on time in August. In this way, despite the fact that this airport adds more flights and passengers than El Prat, it has better punctuality data and fewer complaints. Rodríguez points to two reasons that could explain this difference: a higher incidence of airline strikes in El Prat and the airport's own capacity, less than that of Barajas and with a greater risk of congestion.

Following, by number of incidents, is Mallorca airport, where a large part of the 1,000 registered incidents have to do with the Ryanair cabin crew strike. According to Reclamador.es, this company is the one that has generated the most disruptions at the airport this summer - many times the claims are not aimed at the airport itself, but at the airline that causes the delays or cancellation of the flight.

Ibiza (500 claims), Malaga-Costa del Sol (500), Seville (400), Menorca (300), Valencia (300) and Santiago (200) complete the ranking of the Spanish airports where the most incidents have been recorded. All in all, Spanish airports have got through the summer in better conditions than other large European hubs, such as those located in Germany, the Netherlands, France or the United Kingdom, with heavy congestion due to lack of staff and strikes. The stoppage of French air traffic controllers also generated last Friday a day of delays and cancellations throughout Europe, including Spain.