The Platino Awards, which recognize the best Ibero-American audiovisual productions, will return to Madrid on April 22, 2023 to celebrate its tenth edition, which will be marked by a new corporate image, which rounds off the design that Javier Mariscal did nine years ago. 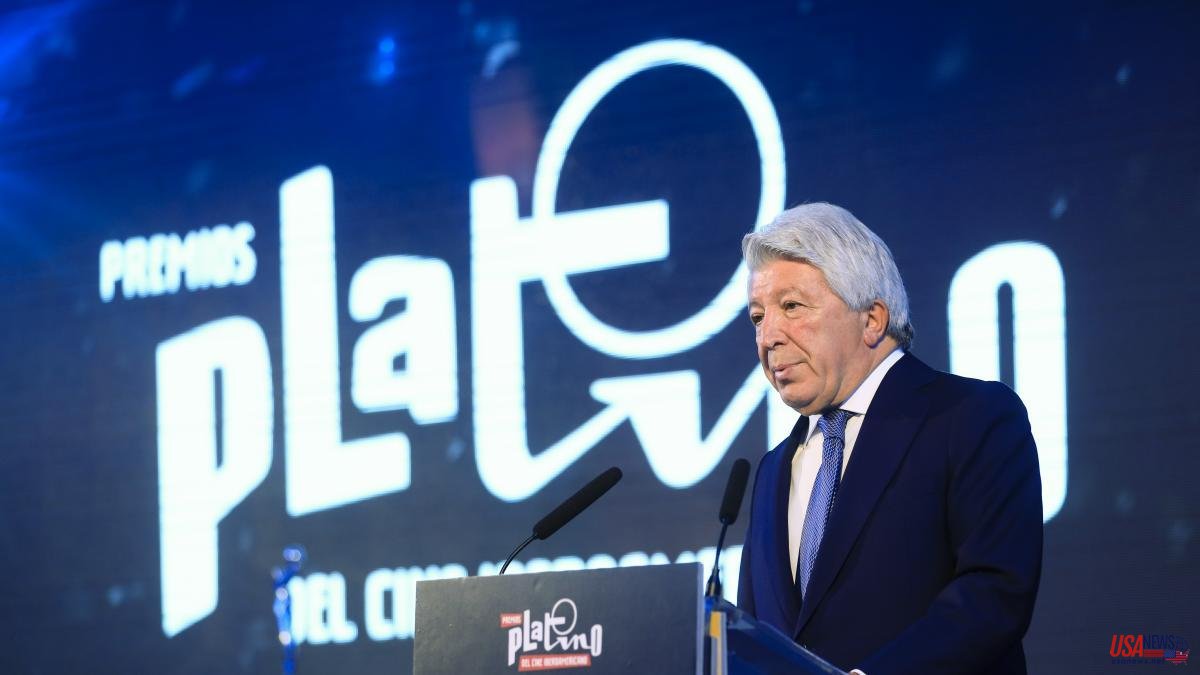 The Platino Awards, which recognize the best Ibero-American audiovisual productions, will return to Madrid on April 22, 2023 to celebrate its tenth edition, which will be marked by a new corporate image, which rounds off the design that Javier Mariscal did nine years ago.

The Platinos will return for the third consecutive year to the IFEMA Madrid Municipal Palace with the idea of ​​"looking back to look forward", according to the president of EGEDA, organizer of the Platinos, Enrique Cerezo, at a ceremony held today in La Matadero Madrid reader's house, which was attended by numerous personalities, both artistic and political.

Eduardo Fernández Palomares, undersecretary of the Ministry of Culture and Sports, the president of the Community of Madrid, Isabel Díaz Ayuso, the mayor of the capital, José Luis Almeida, and a large group of councillors, as well as the president of the Film Academy, Fernando Méndez Leite, accompanied Cerezo in this presentation.

"Madrid will once again be a great red carpet, thanks to the institutional support of the Community, the City Council and the Ministry", said the president of EGEDA, while its general director, Miguel Ángel Benzal, responsible for the Platinum awards from the beginning, has summed up in figures these awards that are given to audiovisual works created in the 23 Ibero-American countries; thirteen of them have been awarded in these ten years.

Other prizes are awarded, twenty-two professionals and Honor, six of them for series, which have been awarded since the fourth edition.

Benzal recalled that the only edition in which they were not held was in 2020, due to the pandemic and that the Chilean actor Alfredo Castro is the winner with the most figurines, three, followed by the Mexican Cecilia Suárez, with two.

The event, which closes the Iberseries Platino Industria Festival, has also had the presence of Adrián Solar, president of FIPCA, and Luis Cobos, president of AIE, as well as Ibero-American ambassadors and producers, as well as representatives of the film world such as Paz Vega, Macarena Gómez and Marc and Aina Clotet.

Last year, "The good boss", by Fernando León de Aranoa, was the winner, with awards for Best Ibero-American Fiction Film, Best Director, Best Male Performance and Best Screenplay, and in television productions it was the champion "The Kingdom" , by Rodrigo Sorogoyen, with awards for Best Series, Best Supporting Male Performance in a Miniseries or TV Series and Best Series Creator.