The temptation lives in the Premier. 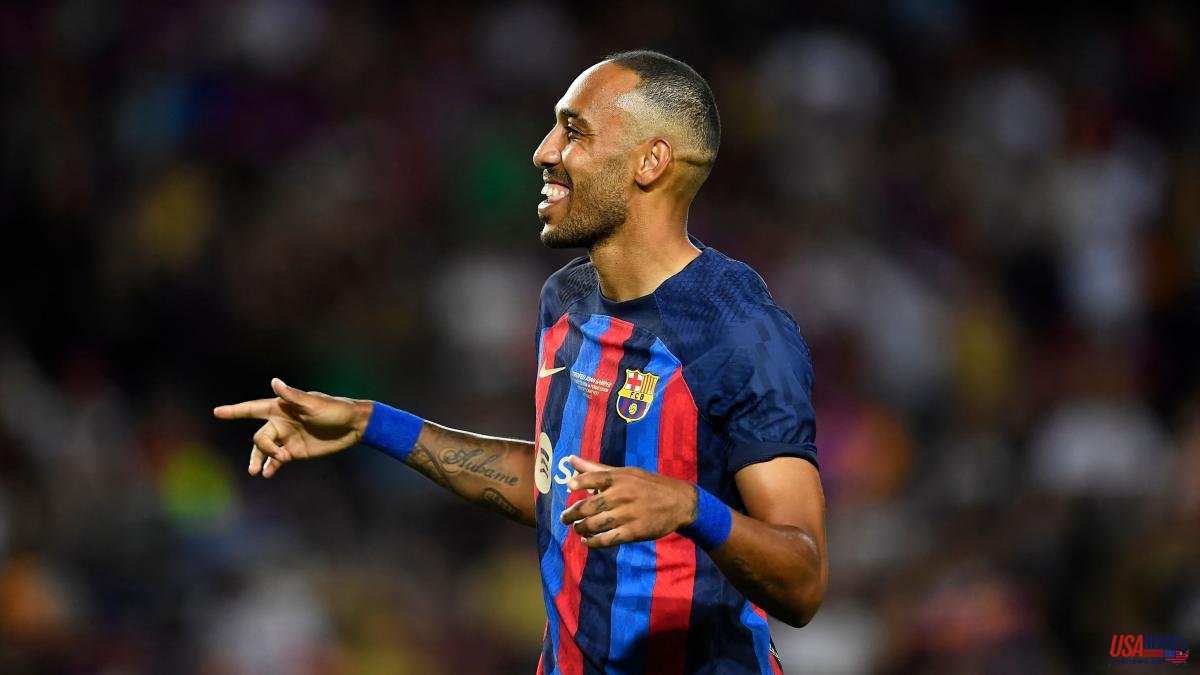 The temptation lives in the Premier. Barcelona has several open folders and almost all of them have their ramifications in England. The richest league in the world holds the key to some of the operations that could unravel Koundé's registration and speed up the signing of Marcos Alonso and a right-back.

Chelsea's tentacles have pounced on Pierre-Emerick Aubameyang, just as they went for Frenkie de Jong a few weeks ago. The Dutch midfielder has not moved nor does it seem that he has any intention of changing Barça for another destination. Instead, Aubameyang is negotiating with the blues.

Surely, working again with Thomas Tuchel with whom he exploded in Dortmund – he scored 79 goals in the two seasons with the German coach – is one of the factors that he likes. In addition, Chelsea have released Lukaku and Timo Werner, so he can imagine himself as a starter at Stamford Bridge. Moving to London, where he has already lived for four years, would not be a problem for him.

Chelsea will wait to convince the player before sitting down to negotiate with Barcelona, ​​which has valued the player at 30 million, although it would be willing to lower its claims since it is a 33-year-old footballer. Even Marcos Alonso, for whom the Blaugrana wanted to pay eight million, could enter the equation.

Xavi has given the go-ahead to the operation of the Gabonese striker. The coach considers that he can dispense with what should have been his plan B for the position of nine to be able to shore up the defense with the two full-backs that he considers to be missing.

Without Auba, who came on in the 82nd minute and had a great opportunity to score and break the tie, Ansu Fati and Ferran Torres would be the alternatives when Lewandowski cannot play or has to rest. Both have already played in that position. The one from Foios has done it regularly there in the national team.

That domino effect would cause Abde Ez, a 20-year-old pure winger, to remain as the sixth point. The Moroccan was important at one stage last season, playing 12 games and celebrating a goal, precisely until the winter signings began to pay off: Adama, Ferran Torres and, precisely, Aubameyang.

If he leaves, the former Arsenal player will have been seen and not seen at the Camp Nou, where he was presented on February 3 after leaving the Gunner club on the last day of the winter market to arrive free. He had an immediate impact as he scored 12 goals in 23 games, finishing second on the roster, one behind Memphis. The truth is that when he signed – until 2025 – it was agreed that starting this summer his salary would have a substantial increase, so for accounting purposes it would mean a round deal. Much better than the departure from Memphis to the Italian Juventus, with which Barça will only save the salary for the course that remains.

With the money that would be paid for the African and the salary that would be saved for both, in addition to signing up Koundé, Barcelona would have the necessary momentum to undertake the offensive for Juan Foyth, Villarreal's Argentine defender and the favorite to reinforce the right side . Foyth, 24, does not play but has a past in the Premier, since until last summer he belonged to Tottenham, where he played 32 games, until being loaned to the Castellón club, which took ownership of him.