The great avalanche that occurred this Sunday at the Lech/Zürs station, in western Austria, has finally left four injured and no fatalities, after the authorities initially spoke of ten missing. 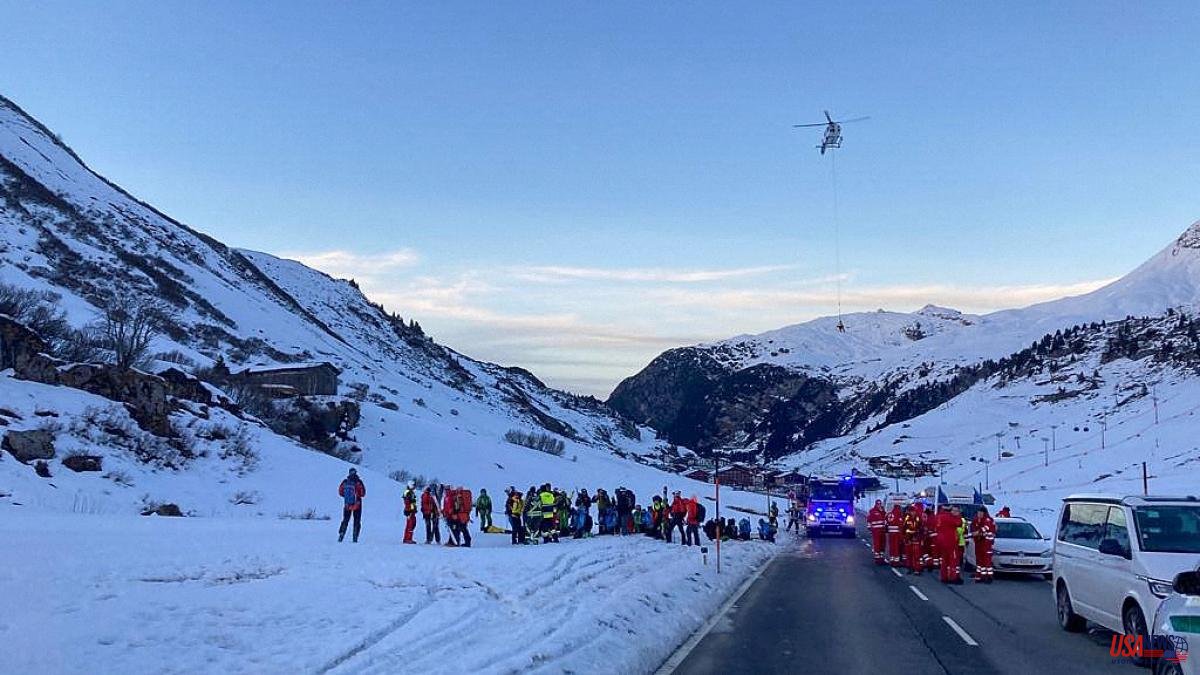 The great avalanche that occurred this Sunday at the Lech/Zürs station, in western Austria, has finally left four injured and no fatalities, after the authorities initially spoke of ten missing.

The local police have confirmed this morning that they have managed to locate all the people who were declared "disappeared", of which four have ended up being injured, including one seriously.

The other six people were not even affected by the avalanche that occurred at a height of 2,720 meters around 3:00 p.m. local time –same Spanish time– and caused a huge rescue effort.

Despite the fact that the police confirmed that they are no longer looking for anyone else, this Monday the operation will continue to have a definitive confirmation that there are no more victims.

The initial version of the ten missing arose due to a video filmed by a skier from the other side of the mountain, in which it was possible to see how ten people were hit by the masses of snow, which fell at high speed between 500 and 600 meters.

Some 200 rescuers and seven helicopters were sent to the scene of the incident, located in one of the most exclusive ski resorts in the Austrian Alps.

The seriously injured man was taken by helicopter to the university clinic in Innsbruck, in the Austrian Tyrol.