The main executives of the main telecommunications companies in Spain have ruled out on Monday the execution of massive layoffs in the face of the adjustment policies that large technology companies such as Twitter, Meta or Amazon are betting on. 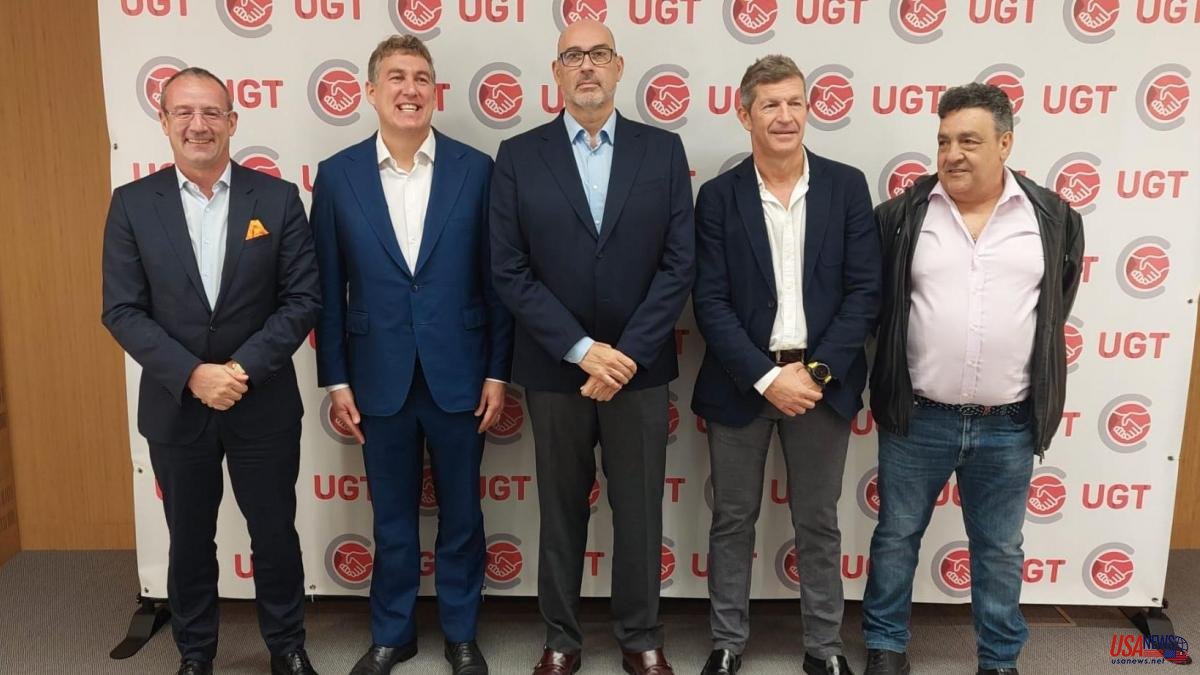 The main executives of the main telecommunications companies in Spain have ruled out on Monday the execution of massive layoffs in the face of the adjustment policies that large technology companies such as Twitter, Meta or Amazon are betting on.

But at the same time, they claim the need to modify the European law to guarantee fair rules of the game, “40% of the traffic on our networks comes from the activity of these three large internet companies. Their activity would not be possible without our investment in the development and maintenance of the networks and it is not fair that they do not pay anything to use our networks", Jean-François Fallacher assured in statements to the press prior to his intervention at the meeting of the sector organized by the UGT union, “One more step in the future of Telecoms” in which the CEO of Telefónica Spain, Emilio Gayo, and the chief executive officer of Vodafone, Colman Deegan, also participated.

The discourse of the three directors has focused in the same direction. Emilio Gayo, CEO of Telefónica, has claimed that the legislative reform must have a European character since “in recent years the transfer of value from all European telecommunications companies to the American and Asian ones is indisputable. This must change and Europe must be aware of it ”, he commented.

The event 'Fair contribution: one more step for the future of telecommunications' has also had the participation in video of the First Vice President and Minister of Economic Affairs, Nadia Calviño, and the General Secretary of UGT, José María Álvarez.

Calviño has supported the demands of the sector and has called for finding a "balanced contribution formula" so that "the most important actors contribute fairly" to these networks, which he has considered "strategic" for the country.

Likewise, it has warned that if a framework is not created on an equal footing, the digital services of the future are endangered. In addition, he has valued the Government's investment and the use of European connectivity funds, which has multiplied the investments of the 2019 and 2020 cycle in the last two years by nine.

For his part, Álvarez stressed that Spain should not just be a "receiver of telecommunications", but a "producer" and called for European standards to facilitate the "full" development of this sector in our country.

For this to be possible, the ability of companies to be competitive is key. For this reason, the CEO of Vodafone, Colman Deegan, has directly demanded a tax reduction from the Government in order to compete on equal terms in Europe. "Currently the average tax paid by telecommunications companies in Europe is 3.5% while in Spain the average contribution of large companies in the sector is 6%", he pointed out.

A situation that "we cannot consent to" as has also been claimed by José Varela, secretary of the Technical Cabinet for Communications and Culture of the UGT.

But beyond the direct demand to the Government, the leader of the UGT sector also supported the key message of the day, the fair contribution. "The cost of the increase in annual traffic costs 30,000 million euros throughout Europe. 60% of this traffic comes from six operators that barely generate 4,000 jobs. This is unsustainable," denounced Varela.