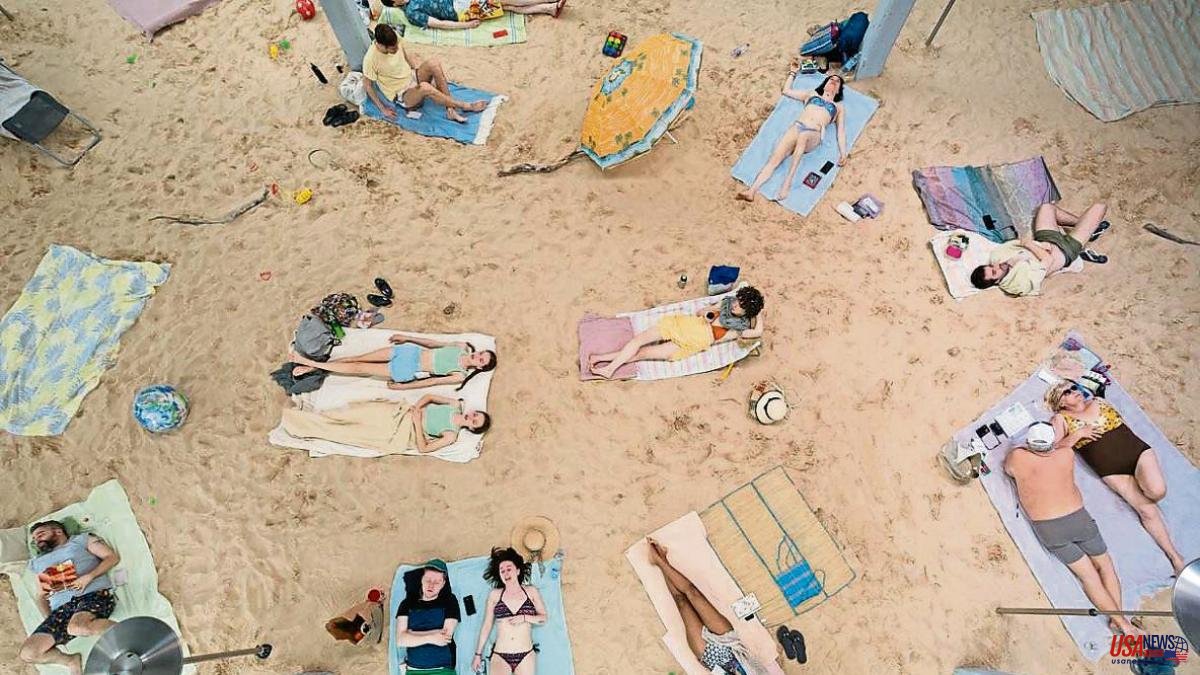 With the motto “Tanquem parèntesi... i que la imaginació broti”, yesterday morning the director of the Teatre Lliure, Juan Carlos Martel, took stock of the season that is ending and presented the new one, which goes from 37 shows to 26 , with longer periods, “to balance budgets”. Next year's is 9.1 million euros, a third of which, 3,228,000, is for activities, the shows themselves. Of these 26, there are 11 guest productions, 9 co-productions and 6 own productions. "My purpose at the head of the Lliure this season is to re-provide a theater with a public space capable of sustaining a community in need of stories," said Martel.

In fact, the high number of productions of the season that is ending, with short periods on the billboard, has perhaps been one of the reasons that the public attendance has not encouraged, since it has not given time to word of mouth.

To direct, Martel reserves a Lorca, Yerma, with a stage space by Frederic Amat, who was Puigserver's assistant at Aliança del Poblenou 50 years ago, with Núria Espert as the lead. "I said yes because Fabià, before leaving, told us: 'Be daring'", recalled the set designer. María Hervás will be the protagonist.

Pablo Messiez will direct The Will to Believe, a text about faith. Arthur Miller will also be present in Montjuïc with Tots eren fills meus, "the failure of the success of the American dream," in the words of its director, David Selvas, who will feature Emma Vilarasau and Jordi Bosch. And Monica Lopez will star in Dangerous Friendships, directed by Carol Lopez.

In the Gràcia room, Jordi Prat i Coll will present Fàtima: “I live in Raval and we have gone from poverty to misery, with a lot of drugs”, he denounced the playwright. And Nausicaa Bonnín will be Hedda Gabler, directed by Àlex Rigola. Let all this serve only as an appetizer for everything to come.

In the future season, the Espai Lliure will be devoted to new creation, with the aim of "attracting new audiences". The educational program will also continue –with collaborations with the UOC, UB and UPC–, artistic residencies, and school of thought, with Marina Garcés and Albert Lladó. Also, the Lliure wants to be present "every weekend of the season also in other parts of the territory", he assured.

“Theaters are to signify us, because the stories we tell ourselves end up being part of our history, whether they tell truths like fists, or lies by the bucketload. A theater like the Lliure must be able to take risks, but it cannot afford a lack of excellence”, concluded Martel.