The Constitutional Court has declared unconstitutional the remote vote used by Carles Puigdemont and the 'ex-conseller' Toni Comín in April 2018 in the investiture session to appoint Quom Torra as president. 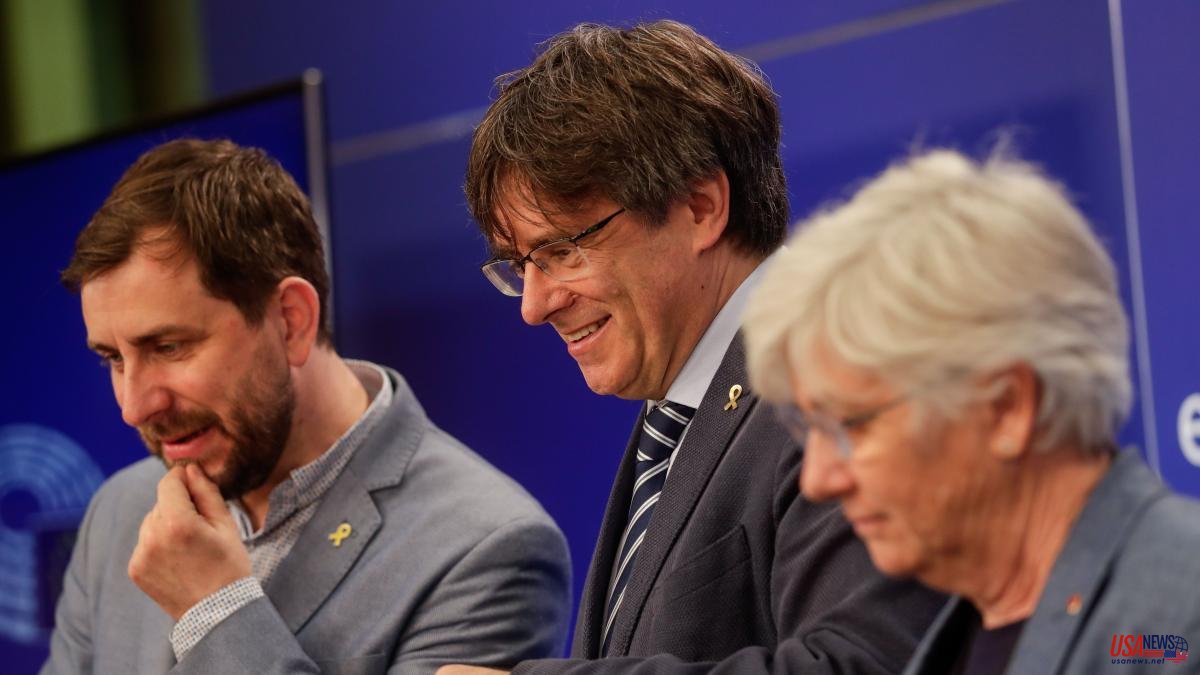 The Constitutional Court has declared unconstitutional the remote vote used by Carles Puigdemont and the 'ex-conseller' Toni Comín in April 2018 in the investiture session to appoint Quom Torra as president. The magistrates, with two particular votes, have understood that the Parliament's decision to let them vote despite being on the run from justice violated the right of political participation of the rest of the deputies.

In this way, the court upholds the appeal filed by Ciudadanos against the agreements of the Parliamentary Table by which they admitted the voting delegation of former president Puigdemont and Comín.

The judgment of the court of guarantees establishes that the vote is personal and cannot be delegated, so they had to go to vote. The sentence explains that the Regulations of the Parliament establish the cases in which the vote can be delegated and, in his opinion, this practice "must be exceptional and the cases in which it is admitted must be interpreted restrictively".

The court considers that the delegation of the vote made by Puigdemont and Comín does not conform to the only interpretation of the Catalan chamber that allows this rule to be considered in accordance with the Constitution.

The explanation is that through this delegation, the aforementioned deputies conferred to another member of the Chamber the exercise of their right to vote "without expressing their meaning, thereby breaking the principle of the personality of the vote, which constitutes an insurmountable limit to any delegation of vote".

In addition, the delegation granted, by not specifying the debates in which it could be exercised or its duration, "was carried out with a markedly generic nature that is incompatible with the exceptional nature that the delegation must have."

In addition, it warns that the argument of prolonged incapacity that was used to allow the delegation of the vote cannot be applied in this case because this can only be for "unforeseeable situations, in the sense that they do not depend on the will of the parliamentarian and cannot be taken care of in another way”.

But it is not the case of the former president and the former minister. They did not come of their own free will, recalls the TC. "They voluntarily decided to avoid the action of the Spanish criminal jurisdiction and on which weighs a judicial order of search and arrest and imprisonment, as happens with the deputies to whom the Table has allowed to delegate their vote", he adds.

The court declares the nullity of the contested agreements, although for reasons of legal certainty, in particular, due to the aspect of this principle that guarantees legitimate expectations, it limits the scope of the ruling by preventing the nullity of the aforementioned agreements from being communicated to the acts that may have been adopted by virtue of the delegated votes. The sentence has two concurring private votes of the magistrate Cándido Conde-Pumpido and the magistrate María Luisa Balaguer.