The Paleo-Christian necropolis, part of the archaeological site of Roman Tarragona, a world heritage site, has had its museum closed to the public for thirty years (1992). 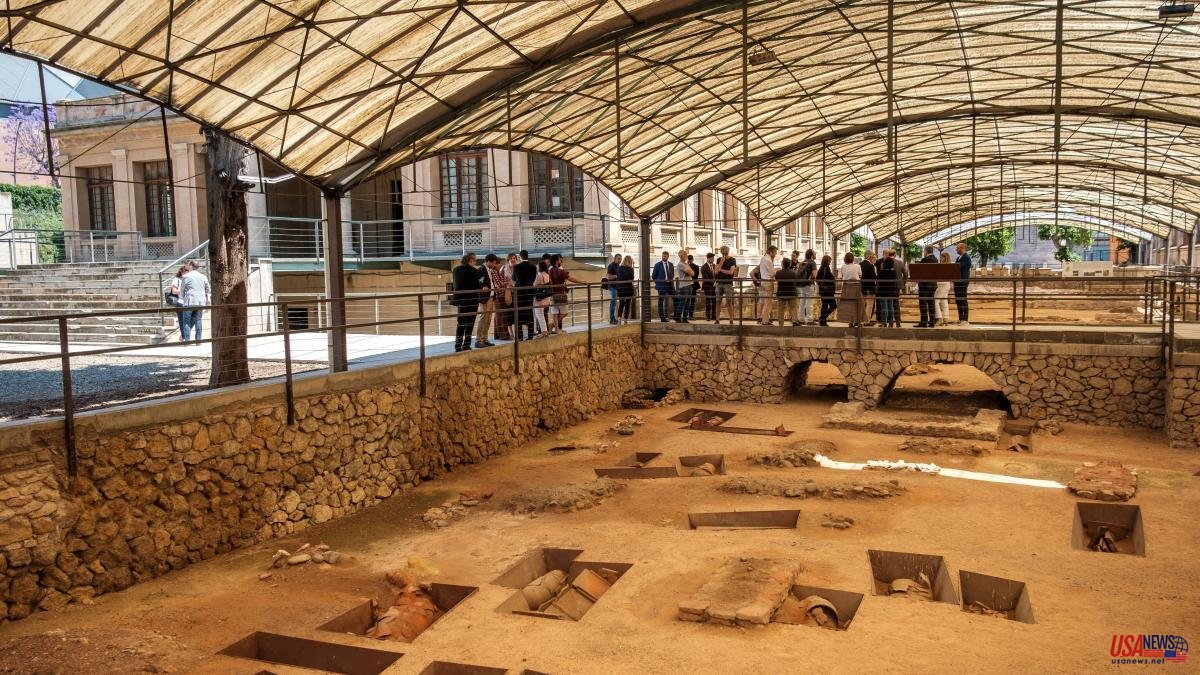 The Paleo-Christian necropolis, part of the archaeological site of Roman Tarragona, a world heritage site, has had its museum closed to the public for thirty years (1992). The facility, a neoclassical building, is owned by the State, which transferred its management to the Generalitat. The monographic museum has been forgotten, with the interior of the building deteriorating, converted into a warehouse where dust accumulates, as if time had stopped.

How can it be explained that one of the keys to disclosing the most important funerary complex of the late Roman period in the western Mediterranean remains closed three decades later? “Sometimes, when one has assigned a competence, he tends to forget ownership, which is in this case the State. We have to celebrate that despite the fact that this entire period of closure has existed, we have agreed on an outstanding debt and we will settle it definitively”, Miquel Iceta, Minister of Culture and Sports, responded today, visiting Tarragona to announce this and another nine projects (28 million), within the Tourism Modernization and Competitiveness Plan paid for with European funds.

The central government has detailed how the seven million will be invested to remove the museum from ostracism, closed at the time due to security problems, restore it, update it and open it to the public. And with a specific calendar in the mouth of Iceta. “The technicians tell me ‘never commit dates’, but I always do it. The project is that at the end of 2024 we can open it, ”she said. Shortly after, she visited, together with Reyes Maroto (Minister of Tourism), the necropolis in all its extremely valuable complex, with more than 2,000 documented burials, and the ancient museum, closed to the ground today also for journalists and cameras.

The funerary complex was closed to the public for 21 years, something that was amended in 2013. The unique museum was not opened then and instead an exhibition was created, The world of death in Tarraco, in the circumstantial Interpretation Center of the Paleochristian Necropolis and the starting point of the visit, still fully in force.

Key to understanding the funerary rituals of 1,500 years ago in Tarraco, the necropolis is located outside the historic center of Tarragona, near the Francolí River, next to a shopping center. This has not helped to do justice to the archaeological complex. The Government trusts that the rehabilitation "will improve the cultural offer of the city by incorporating an important space little known and visited". Only one out of every six visitors to Tarraco reaches the necropolis.

If the official calendar is met, the works will begin in January 2023 and end in July 2024. Among the most outstanding actions, the insulation of the roof of this monographic museum or the waterproofing of the roof; the building, from the 1930s, suffers from serious leaks and humidity. The facades will be restored and the interiors, damaged by humidity, will be renovated. Architectural barriers will also be removed.

The investment has been very well received by the City Council, with Pau Ricomà (ERC), the mayor of Tarragona, present at the visit of the ministers Iceta and Maroto. “It is a very important investment, a hundred years ago excavations began in the Tarragona necropolis and it was the spearhead of the recovery of Tarraco. It has an incredible symbolic weight and great potential”, Ricomà highlighted. "We must focus more on collaboration between the different administrations", he added, recalling that Roman heritage in many cases shares ownership and management between the State, the Generalitat, the Archbishopric of Tarragona or the Consistory itself