The tactical keys of Barça and Espanyol for the derby

The League returns to the Camp Nou and it does so with a very special match: the Barcelona derby, the first of the season. 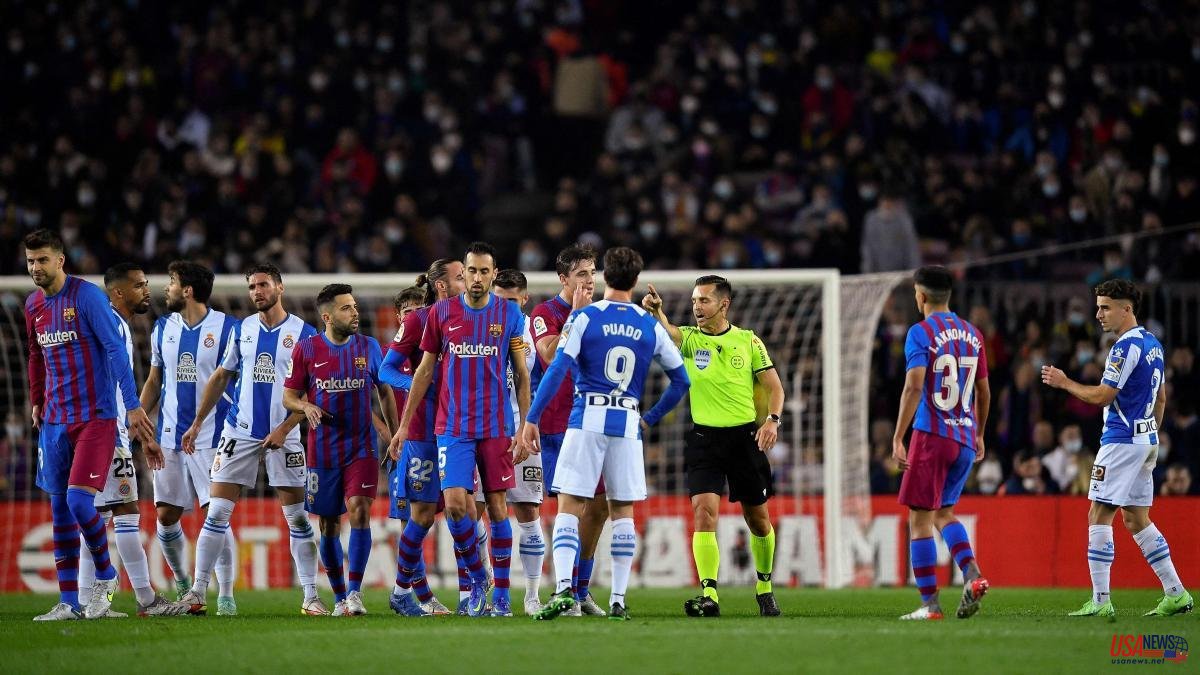 The League returns to the Camp Nou and it does so with a very special match: the Barcelona derby, the first of the season. A game that presents many unknowns but, above all, how the teams from the break will return and, above all, how the weeks after the World Cup will affect the teams that, like Barça, have had direct participation in the championship.

Undoubtedly, the news of the last few hours is that Robert Lewandowski will be able to face Espanyol. The fact that he was counting on his loss for the next three games will surely have meant that the striker has followed a physical plan with more load than the rest of the players. A factor that opens the unknown about his ownership.

If they don't jump into the starting field and, as already happened against Viktoria Pilzen, it will surely be Ferran Torres who starts from nine. In the event that Lewandowski does start the game, the 4-3-3 structure will be the usual with Ferran and Ansu fighting for a place on the left. Interesting to see which option Xavi opts for among these three possibilities. Be that as it may, and taking it for granted that, from what has been said, Lewandowski will not be in optimal condition, his presence is great news for Barça.

May the team not forget all those defensive routines it had acquired since the beginning of the year. The active vigilance, the good positioning and great immediate high pressure have made Barça, with just 5 goals conceded in 14 games, the most solid team in the competition. It is important that today you continue to take care of these small aspects that add firmness.

Espanyol will fit defensively in a 4-5-1 or a 5-4-1, so it will be important for the Barça defense to attract rivals to eliminate them through the pass to a teammate. Two compact defensive lines have to start to break down from the defense. Otherwise, it is much more difficult. So the role of the centrals and especially that of the wings will be key for Barça to be successful in positional attacks.

It has been a doubt during the week but it will be on the pitch. He is one of the best forwards in the League when he is in the area, and the best in the air. In fact, he averages 5.1 duel wins per game. More than any other footballer in the League, just one aspect of the game in which Barça does not move quite well.

A good practice from the blue and white point of view will be to finish off the static attacks that they can carry out with lateral crosses. There, Joselu is superior to any of the Barca center backs that can play.

Another of the important key points in Espanyol will go through how the blue and whites hoist their attacks every time they recover the ball. And in case you want to activate danger transitions, it will be important for them to know that the freest zone of arrival will be the opposite to the one where the ball is recovered. One of those who does this maneuver very well is Martin Braithwaite. Play starting or have minutes with the game launched, he can be a good pass recipient.

The midfielder is a player who doesn't need much to generate danger. He can always take a shot or a pass that ends in a goal. It is no coincidence that he is the blue and white player who averages the most successful dribbles (1.1 per game), who makes the most key passes (2.2) and who accumulates the most good passes (39.5). Getting the ball to him will be a good practice for the interests of Espanyol.