The taboo of the "without desire"

Sunday confession of a man close to forty to another of the same age —both single, with a girlfriend, without children— after a few hours of sports and two Cokes: "Well, it seems to me that the time to have a son. 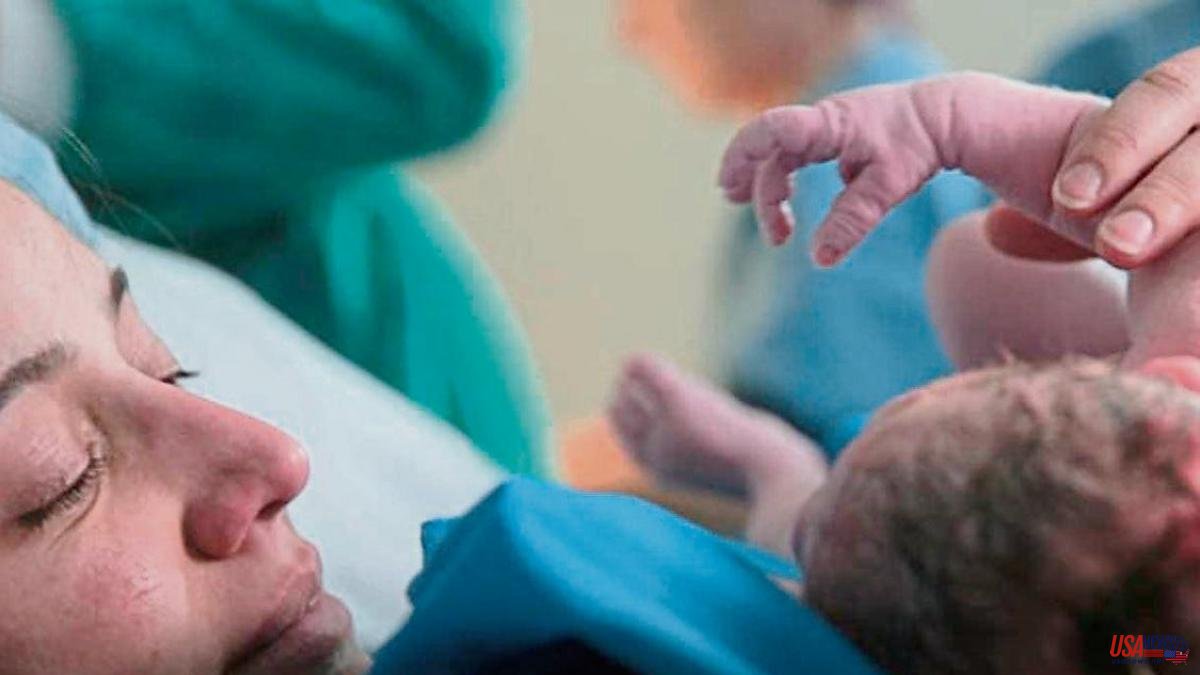 Sunday confession of a man close to forty to another of the same age —both single, with a girlfriend, without children— after a few hours of sports and two Cokes: "Well, it seems to me that the time to have a son. It's not that I feel like it, but I guess it's time. Around us, other friends have already taken the step. I don't like the life they lead at all. I see them bitter or stressed or bored. But I suppose that You have to do it. Yes, there's no other choice: you have to jump into the pool. Don't you think? And his voice sounded like he was going straight to the slaughterhouse. In those, his girlfriend would arrive at the bar and add: "Yes, I'm also seeing it with my friends: their lives seem like a roll to me. But I know that we will do it in the end too, just as I know that we will end up at the psychologist for it " . It may seem like an extreme, exaggerated vision. And yet this couple was capable of expressing a malaise that had been hidden for a long time. An unmentionable taboo that was waiting for the right moment to surface, just as it does now in conversations, articles, social networks, and books. The reality is that there are people who have children without wanting to, just because not doing so would be "weird." And that this supposed "rarity" is being questioned more and more.

It would be interesting to examine in depth the reasons that paralyze the population of reproductive age at the idea of ​​having children. Why Spain is one of the countries in the world where it takes the longest to have your first baby. Which, in addition, is usually the only one – the statistic is 1.19 children per woman. What fears of what losses beat behind. Because it is evident that not everything can be explained in economic terms or job insecurity: our grandparents were much poorer and had many more children. Not everything is money, no. Before, probably, people didn't ask so many questions, they didn't doubt so much. Perhaps because no one waited so many years to procreate: with age we become more thoughtful, more analytical, less given to risk and surprise. Before, moreover, no one expected so much from their existence: constant job changes, house and city changes, trips, opportunities, promotions, projects, adventures, absorbing hobbies... Postmodern life offers too many stimuli, artificial and perhaps empty, but seductive and absorbing too.

Even so, there are many people who end up jumping into the procreation pool so as not to be left behind, so as not to be "different", drawing a reassuring check at that point on the list of things that everyone should do. In this regard, it is worth consulting Orna Donath's study Regretful Mothers (Reservoir Books, 2016), with real cases of "if I could hit the rewind...". Sometimes, the simple fact of commenting on this topic of maternity/paternity due to "imperative or social pressure" awakens a visceral hooliganism: many of those who are parents defend their condition tooth and nail and disdain the opinion of those who are not. for own will. The subtext is: "But what are you going to know about the incomparable wonder of having children." And the deeper subtext is: "You should be sacrificing yourself for a creature, too. Because by not doing so, you're making me wonder if I really wanted it that bad."

Hopefully I can talk about these issues without dogmatism or prejudice, with naturalness and respect for the various options. Being able to comment on that panic at losing freedom by tying it to another being, or on the need to find better reconciliation formulas and affordable housing where more than two people can move without tripping, or on the desire to dedicate themselves to upbringing and its reverse, so worthy, to bet on other human facets.

Some time ago, an Italian friend a little older than me, also a university professor and childless, told me: "If you think too much about having children, you end up not having them." Maybe it's true. But let's look at it from another perspective: we are facing the first generation that can afford the luxury of reflecting for a long time on whether or not they want to have offspring. And this is a privilege. Undoubtedly, a sign of maturity and social development. The end of the taboo of the "without desire".