The Table tries to preserve the voting delegation of Lluís Puig, although it has no guarantees for this

The pro-independence majority of the Parliamentary Table has agreed this Tuesday that the delegated vote of former minister Lluís Puig, deputy of Junts per Catalunya, be counted tomorrow in plenary despite the fact that there is a ruling by the Constitutional Court that declares his delegation of vote null . 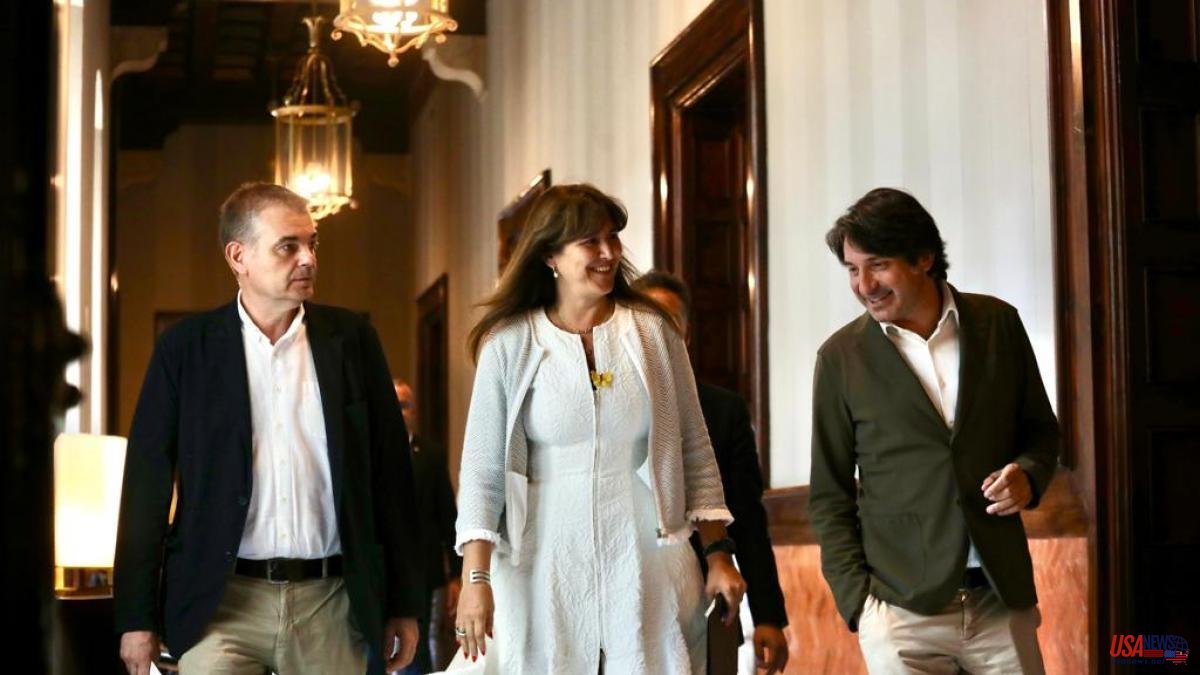 The pro-independence majority of the Parliamentary Table has agreed this Tuesday that the delegated vote of former minister Lluís Puig, deputy of Junts per Catalunya, be counted tomorrow in plenary despite the fact that there is a ruling by the Constitutional Court that declares his delegation of vote null .

The Table has received the notification today, but the five members of JxCat, ERC and the CUP, with the PSC against, have reached an agreement to try to maintain the delegation with all the "legal and political effects", although they have no guarantees for it.

At the meeting of the governing body, which has lasted throughout the morning and part of the afternoon, it has been agreed that electronic voting will be used tomorrow in all cases except for the Puig delegation. In this way, the premise of protecting the institution's officials, who should not publish it on electronic screens or activate any mechanism, will be fulfilled.

According to the planned script, Laura Borràs will ask for the meaning of the vote orally in each case. But that does not mean that the vote will be counted later when the agreements of the plenary session are published in official documents, since that is where the Parliament's publishing department comes into play and as of today there is no agreement for that procedure.

At today's meeting, the possibility of assuming all the functions of the Chamber's workers was considered, something similar to what was done in 2017 to publish the disconnection laws, but the senior lawyer, now with the functions of general secretary provisionally, Miquel Palomares has warned of criminal consequences for possible crimes of disobedience and usurpation of functions. Parliamentary sources point out that the ERC and the CUP have been favorable, but later that option has been set aside, in the face of the opposition of the rest of the members and in the end it has been decided that the vote will be counted in plenary without reaching any agreement on how to guarantee its legal effectiveness at the time of publishing the agreements.

Table sources predict that this matter will end up like that of the CUP deputy who was disqualified a few months ago Pau Juvillà, although they are different cases, and that even the president of the Parliament, Laura Borràs, has recognized this behind closed doors. "We are in a déjà vu," parliamentary sources pointed out.

Another aspect to take into account is that the sentence annuls the first voting delegation that Puig had, in the now Minister Gemma Geis, who is no longer a deputy. In October, with the legislature already underway, the head of Research and Universities left her deputy act and a new agreement was made to delegate the vote to the spokesperson for the Junts parliamentary group, Mònica Sales.

Thus, there are those who understand that the former Minister of Culture could vote under that second agreement, since there is no sentence that knocks him down yet. But in any case, the jurisprudence and the doctrine are clear and the socialists are against him being able to continue voting.