The sweet charm of the extreme right

In a week Giorgia Meloni's Brothers of Italy can win the elections in the transalpine country. 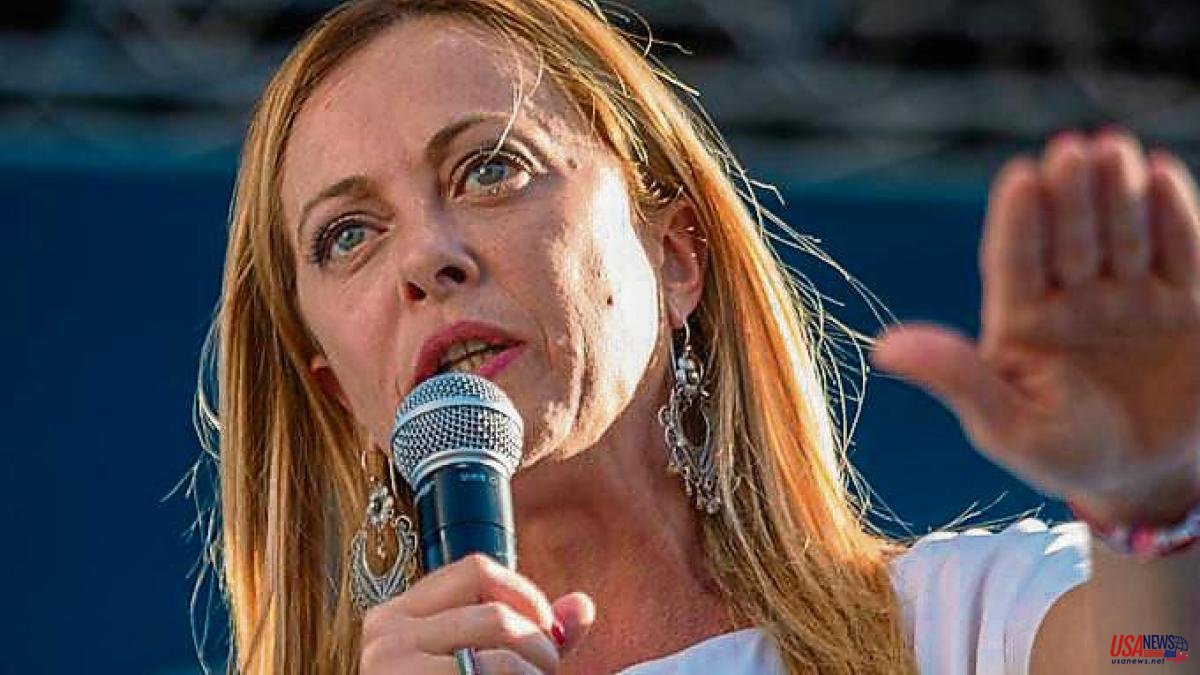 In a week Giorgia Meloni's Brothers of Italy can win the elections in the transalpine country. Seven days ago, the Swedish extreme right won second place in the country's elections, leading the preferences of the conservative voter and can form a government. In the neighboring country, Marine Le Pen achieved in the last votes that her party finally entered the Assembly with honors to play a relevant role in the governance of France. The European Parliament has just defined Hungary as an electoral autocracy, denying the definition of full democracy to the Magyar country presided over by Viktor Orbán. In Spain, always pending the latest poll, there are those who insist on considering the Vox cycle buried after the Andalusian elections, without fully understanding that the period of construction and full legitimation of a far-right party is long and suffers ups and downs, but that once the seed is planted, it always ends up finding the moment in which it flourishes with more force.

The electoral offers of the alternative right, as it likes to call itself to escape the ultra catchphrase, are not the same in each country. But beyond the idiosyncrasy of each society, which forces the supplier to adjust the flavor of their product to the taste buds of the local voter, they do share identifying attributes that are present throughout the hodgepodge of ultra-conservative acronyms scattered across the European board. Homeland and national sovereignty in the face of technocracy –hence the marked euroscepticism–, citizen security, aversion to the LGTBI agenda and a sour view of mass immigration, seen as a serious threat to the way of life of our societies, make up the backbone of the movement, regardless of how concrete it ends up being in each country. It is therefore, broadly speaking, a full-fledged revolt against the liberal agenda of recent decades, just like those carried out by the extreme left; only that it is propped up on conservative values ​​taken to the extreme until they become reactionary. Simple diagnoses and even simpler solutions. The Achilles heel of all this demagogic shell relatively easy to put together is in its electoral offer in the economic field. In this area, the extreme right does not know, cannot or does not want to propose any alternative, beyond the needs of reindustrialization that are already shared by the most conventional electoral offers.

The open-minded liberal response to the demagoguery of the extreme right and its consolidation on the European political board is to take the ghosts of a hundred years out for a walk. Fascism is back, they say obsessively, as if that word should serve as an antidote to automatically stop the background swell that pushes these electoral offers upward. Mentioning fascism in 2022 is equivalent, for most voters, to saying between little and nothing. For many citizens it is a dead word, at most a memory of what they reluctantly learned in school, confused with any other historical episode that can be consulted in encyclopedias. But they are also not fascists. Or not yet. With which the argument is also innocuous as an antibiotic among those citizens who are capable of recognizing it. Hence, no matter how many sanitary cordons are armed against them from the rest of the political formations, these end up blowing up by the force of the citizen vote, which naturalizes these electoral offers to the extreme, as can happen in Italy, fly them to primacy in government.

Rather than spend the day shouting that the wolf is coming, like Pedro in the story, it is worth inquiring about the reasons that make the reactionary discourse irresistibly attractive. Why is the carrot that these games teach us so appetizing for so many people? The answer given to this question is mainly that the extreme right seduces because it proposes a trip back to an idealized past. And it is true that they use the mystification of yesterday to bait their hooks. But it is also true that they are, together with the left-wing extremists, the only ones who dare to imagine a different tomorrow than today, which has seized up the engine. They pose a transcendent vital adventure and a collective dream to societies exhausted from individualism. That is what little by little is making them winners.