Almost two months after the former president of the Junta de Andalucía, José Antonio Griñán, presented the annulment motion before the Supreme Court against the sentence that sentenced him for embezzlement to six years and two days in jail for the ERE case, the appeal has been processed. 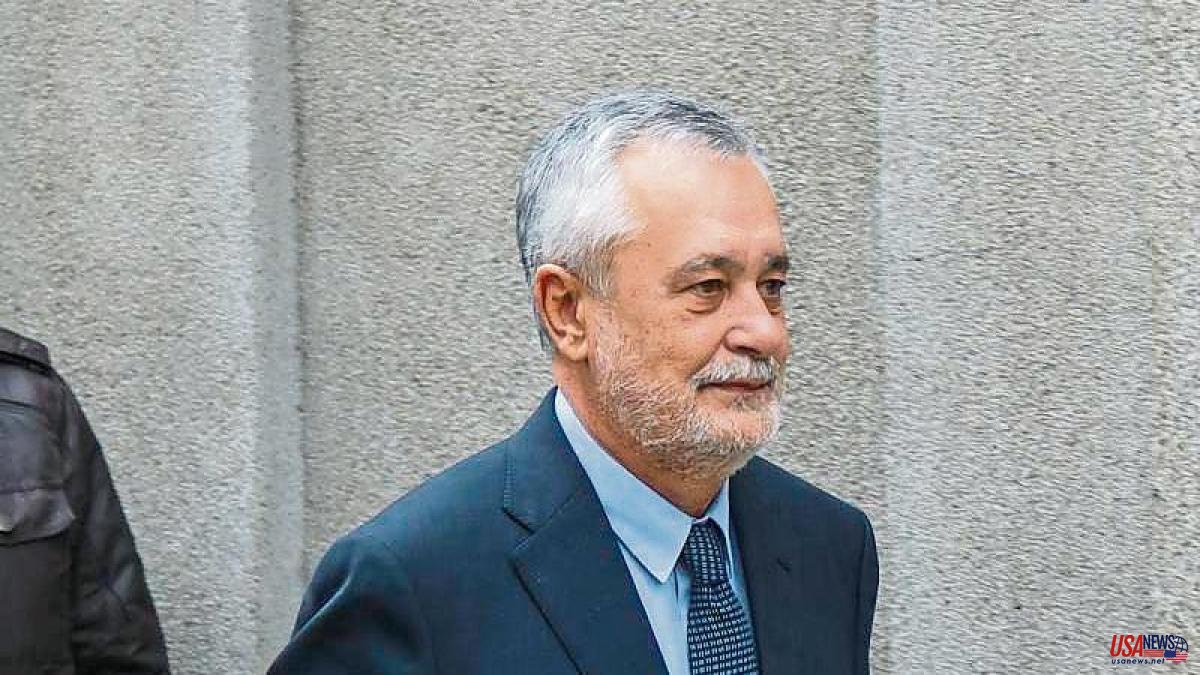 Almost two months after the former president of the Junta de Andalucía, José Antonio Griñán, presented the annulment motion before the Supreme Court against the sentence that sentenced him for embezzlement to six years and two days in jail for the ERE case, the appeal has been processed.

This has been confirmed today by judicial sources, from which it is pointed out that the objections presented by the ex-socialist's defense against the firm ruling issued by the Supreme Court last September, and which ratified the one already issued by the Provincial Court of Seville, will be studied. However, the Supreme Court already warned that it does not have the power to stop the entry into prison of the convicted person, as the Justice in Seville has ordered.

It was the step prior to filing an appeal for amparo before the Constitutional Court so that the execution of the sentence was suspended. Griñán's lawyer, José María Calero, presented on September 27, days after the ruling of the ERE political piece was made known, the nullity incident in the Supreme Court. In it, the defense claimed a possible injury to the principle of presumption of innocence by being "fragmented" the sentence, advanced in a first announcement on July 26 and released in full on September 14. By then, 50 days had passed "where there was a public proclamation of guilt" towards his client, for which, in the lawyer's opinion, the Supreme Court would have declared the sentence "unfounded" as such in July.

On the other hand, the text also made reference to the existing discrepancies between the magistrates of the High Court, stating the particular vote of two of the five judges who were against the imputation of the crime of embezzlement.

For all these reasons, Calero requested the suspension of the sentence as a precautionary measure until this process was resolved, however, the response he obtained from the TS was that he did not have the power to do so, although he was referred to the body in charge of the execution. of the ruling.

In principle, everything pointed to the fact that the incident had little prospect of prospering, especially taking into account that in the Supreme Court ruling it is indicated that the former president of the Board was aware of the existence of the fraudulent framework of the granting of aid to companies and employees for 9 years (2000-2009), which caused a hole in the public coffers of almost 700 million euros. In addition, he highlighted his "passivity" in the face of such waste, allowing aid to be paid knowing the "lack of control" and the "very serious illegalities" that were being committed. However, today it has been taken into consideration and the incident is still ongoing.

On the other hand, the defense is still waiting for the request for partial pardon for Griñán presented at the beginning of September by the ex-president's family to be resolved, and where "humanitarian reasons" were alleged for its granting.

However, the Provincial Court of Seville has not waited for these judicial processes to be resolved, and on November 15 it gave Griñán 10 days, and seven others sentenced to prison by the ERE, to enter voluntarily in prison.

Given this determination of Justice, an appeal could be filed within a period of two days. Thus, Calero sent his letter in which he requested an extension to 3 months of that time with the hope that, by then, both the nullity incident and the pardon request would have been resolved. The defense argued that Griñán could suffer "serious irreparable damage and that could be unnecessary" if he was forced to go to jail so that, some time later, the Supreme Court, the Constitutional Court or the national government ruled in the opposite direction.

This last cartridge, although it is true that it does not suspend this countdown, does paralyze it until the Court resolves the procedure. In other words, in the event that Griñán's defense arguments were rejected, the former socialist would have 8 days left to decide in which penal institution he prefers to serve his sentence, as José María Calero has confirmed to La Vanguardia.

The time for study and decision-making of this appeal by the Court is variable, says Griñán's lawyer, "it depends on many things", and perhaps, he points out, they wait for the appeals of all the convicted to come into play. process and are notified to make a decision.