The strikes of the minister

The return of the summer has caught us like this: the majority, looking at the euro because of inflation; the most informed, turned into prophets of some economic disaster, with no alternative but paralysis or recession; the most sensitive, frightened by the signs of climate change, which either suffocates us in the heat, or dries up the swamps, or makes stones fall from the sky; the mortgaged, looking at the Euribor; the experts, faced with the new war, which is the energy war; the politicians, designing strategies to destroy the adversary… Frankly, we have had better beginnings of the course. 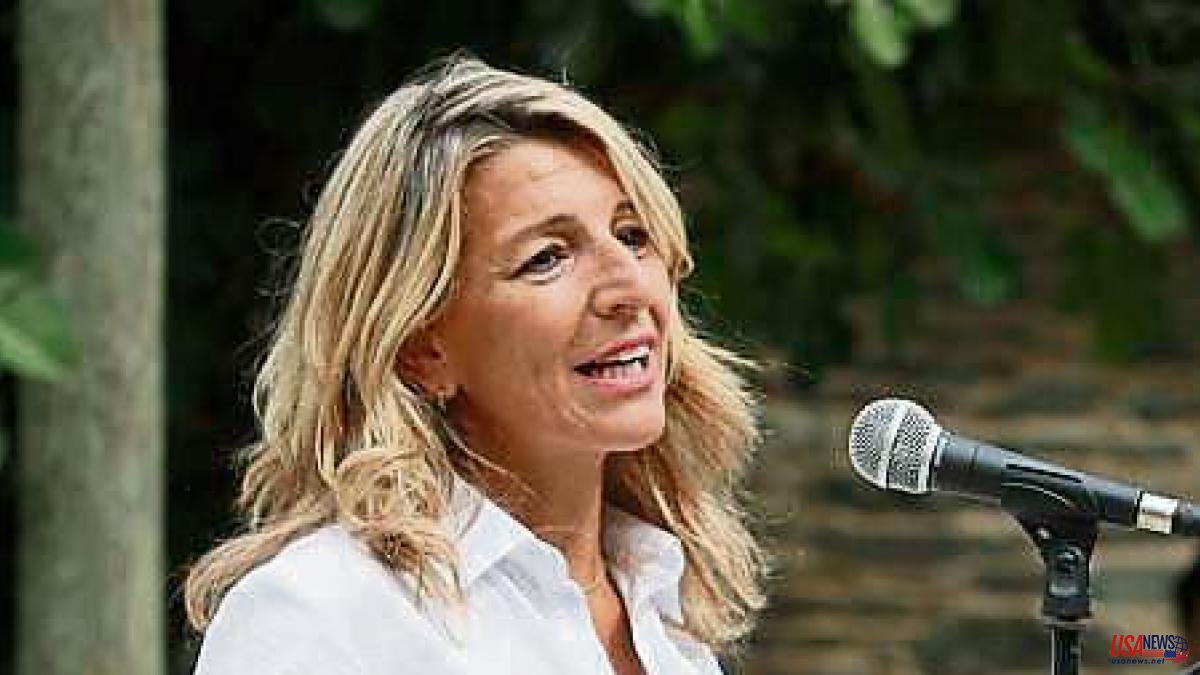 The return of the summer has caught us like this: the majority, looking at the euro because of inflation; the most informed, turned into prophets of some economic disaster, with no alternative but paralysis or recession; the most sensitive, frightened by the signs of climate change, which either suffocates us in the heat, or dries up the swamps, or makes stones fall from the sky; the mortgaged, looking at the Euribor; the experts, faced with the new war, which is the energy war; the politicians, designing strategies to destroy the adversary… Frankly, we have had better beginnings of the course.

To liven up the scene a bit, the immediate after the debate between Sánchez and Feijóo next Tuesday in the Senate will be the classic of every year: hot autumn. There is nothing more socially just than demanding that wages be sufficient to nullify the effects of inflation. Nor is there anything more reasonable than demanding a sharp rise in the minimum wage, because those who suffer the most are those who have difficulty making ends meet. Economically, most companies are not in a position to face these increases and a strong increase in wages would temporarily ease the lives of the weakest, but would further aggravate inflation. That is the drama of this country and all of Europe.

In this scenario, the most unusual political event is once again carried out by the minister and second vice president Yolanda Díaz. Unbelievably for the oldest in the place, a member of the Government appears in public to encourage strikes. She will not personally participate in any, according to her own confession, but she supports and encourages all those convened by the unions. She has never seen it, but perhaps the most intelligent thing that has been done in social policy in recent times. A minister calling for a strike, at least for a protest, is heresy for the classics and is a blatant form of left-wing populism, but it is also a cunning act for her party interests and for the image of the government to which she belongs .

For their party interests, because Mrs. Díaz projects an image of redeeming workers, in line with her union career. If she simply obtains a notable increase in the minimum wage, she is guaranteed the sympathy of those most in need, which is an electoral bloc that is more numerous every day. Just to raise it, plus what was achieved in previous years, she alone has more weight than all the ministers of Podemos, to the point of being able to dispense with this party in her project Sumar de ella.

If you think about Pedro Sánchez and the Government, what he achieves electorally may be what the PSOE is losing to its left, but that at the polls will serve to maintain the coalition. Yolanda Díaz is already the coalition. That's why the president still wants her in her cabinet. And an addition: Mrs. Díaz's cunning is to encourage protests against businessmen. It sounds old to speak of them as exploiters, but there is something of that in the official language. And it is a subtle way of ridding the government of the indignation of society.

Gift Núñez Feijóo can now fine-tune next Tuesday's debate in the Senate. And he can already demand responsibilities in the Popular Party: no one thinks of challenging the Prime Minister on the energy issue, which is the one that is managing the best, most efficiently and with the most European support. And Sánchez – all you have to do is listen to his ministers – he is going to kill.

Responso There are many ways to liquidate a political party. One of the most effective has been launched by a group of notable Citizens militants: they demand the resignation of Inés Arrimadas. They may or may not get it. What they have already achieved is to create the image that the party cannot be saved.

CEOE I believe that Antonio Garamendi is not only a great president of businessmen: he has the traits, speech and actions of a statesman. Now it remains to be seen if he is lucky: he is up for re-election in the climate of conflict created by the unions. And it is not clear that the dialogue that he advocates is the solution that the entire Spanish business community wants.

Pardon The most sensitive thing that Pedro Sánchez has on the table is the pardon of José Antonio Griñán. A socialist would have to grant it out of solidarity of militancy. A head of government runs the risk of being accused of supporting a serious case of corruption. And the president is not there to take risks, involved as he is in the electoral campaign.