The strike at Ryanair returns: flights canceled this Monday 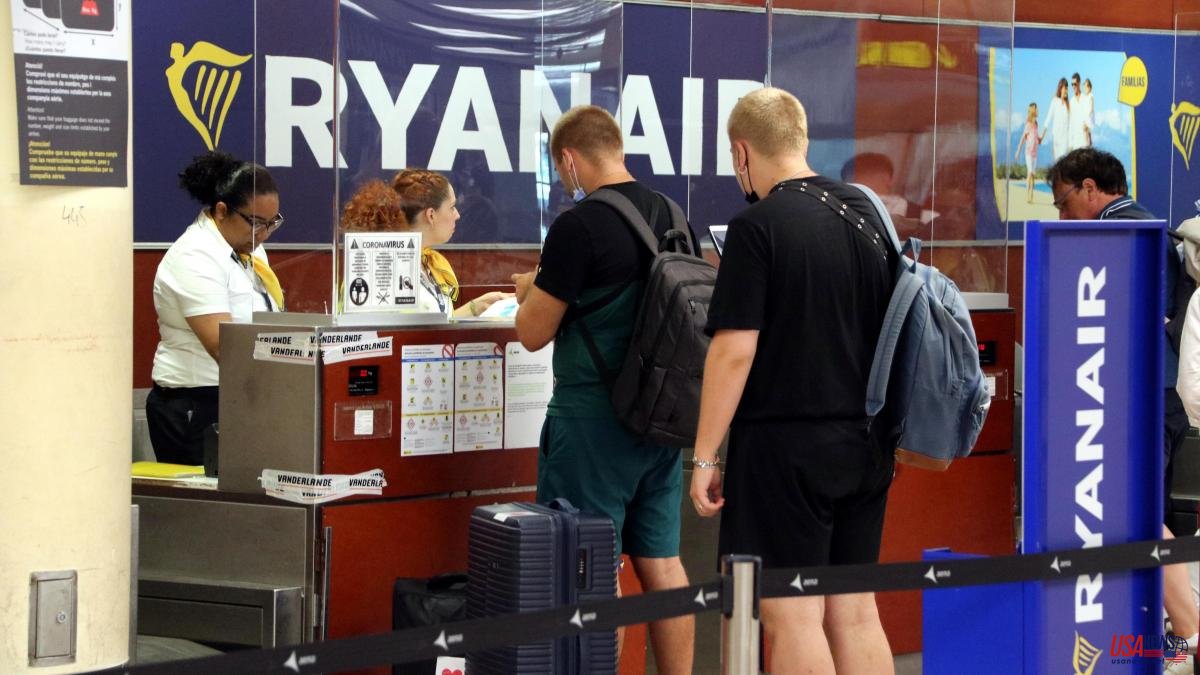 Second consecutive week of strikes at Ryanair. The crew members of the airline have called strikes from Monday to Thursday at the ten air bases where the company operates in Spain.

As in the previous days, the incidence is being limited. According to data from the USO union, organizer of the strike together with Sitcpla, until 11:30 this morning a total of 10 flights have been canceled and 93 have been delayed.

In the cancellations, the Barcelona airport stands out, with canceled routes to London, Milan, Rome and Palma. A Palma-Hamburg and a Hamburg-Palma have also been cancelled.

The main airports affected by the delays have been Palma (23 flights) and Barcelona (26 flights). The trend is similar to the previous days. In Malaga, 9 flights are already delayed. In Madrid the impact is limited, with 5 flights. Problems are also reported in Alicante, Girona, Seville, Santiago de Compostela and Ibiza.

The strikes are due to the discomfort of the crew, who demand the application of the collective agreement in force in Spain: 14 salary payments, 22 working days of vacation (and not 20 as Ryanair establishes) or abolish the subcontracting model through agencies of the same group, among other issues.

At a European level, according to data from the consulting firm Cirium, the problems experienced at European airports have caused the cancellation of 16,000 flights scheduled for August. Added to the workers' protests is the collapse in the management of certain airports due to lack of personnel -such as Heathrow, Gatwick (both in the United Kingdom) and Schipol (the Netherlands)- or the lack of workers in the airlines themselves, which After cutting jobs due to the pandemic, they have not recovered them at the same rate as demand has grown.