The strike at Ryanair cancels and delays flights again this Wednesday

The strike at Ryanair this Wednesday again forces the company to cancel flights and continues to cause delays. 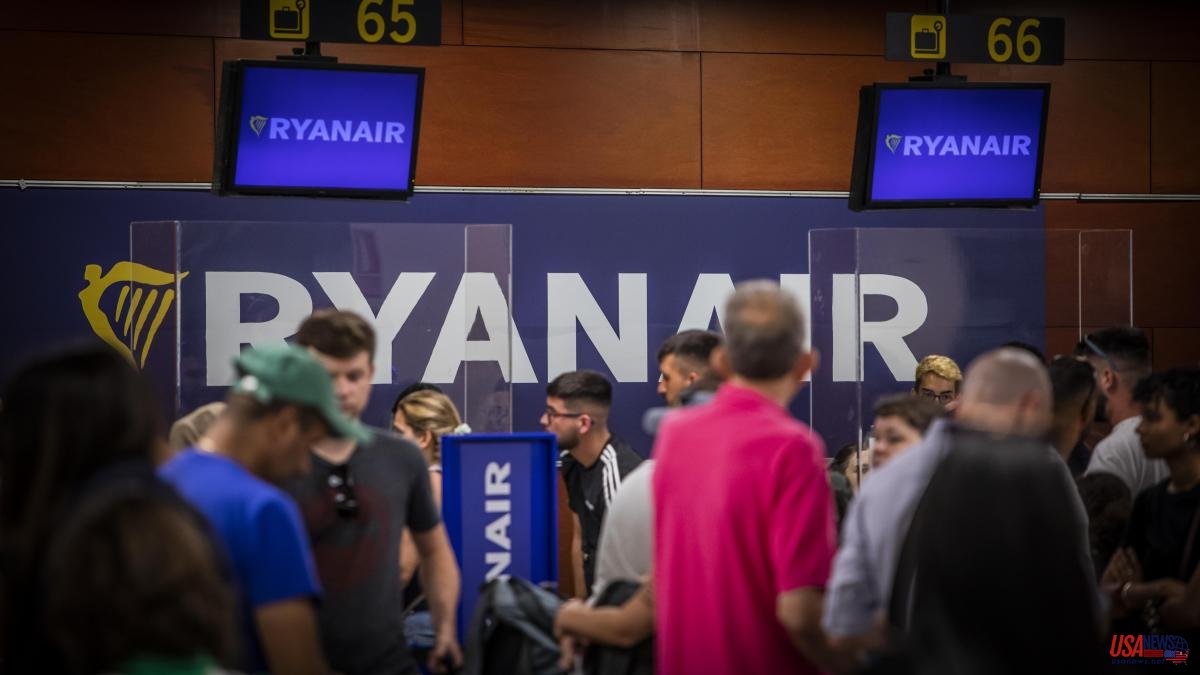 The strike at Ryanair this Wednesday again forces the company to cancel flights and continues to cause delays. Until 7:00 p.m., 12 cancellations and 231 delays had been registered at the national level, according to data compiled by USO, convener together with Sitcpla. Stoppages are expected until Friday.

In the cancellations, the majority affect the Barcelona El Prat airport, with 3 departures suspended (to Brussels, Milan and Rome), for 3 arrivals canceled (from the same cities), 6 operations in total. Like this Tuesday, it is the most affected. They are joined by a Madrid-Paris, a Paris-Madrid, a Madrid-Palma, a Palma-Madrid and a Malaga-Milan.

In the case of delays, until 7:00 p.m., 231 are registered nationwide. Palma airport has been the most affected, with 54 delays, followed by 50 in Barcelona, ​​33 in Malaga, 28 in Alicante, 19 in Barajas, 14 in Ibiza, 10 in Seville, and eight in Valencia. , the eight from Santiago de Compostela and the seven from Girona.

If nothing changes, USO and Sitcpla have called several days of strike that plan to leave hundreds of passengers ashore in the middle of the tourist season. The stoppages are scheduled for the next days 13, 14, 15, 18, 19, 20, 21, 25, 26, 27 and 28 July in the ten Spanish airports where Ryanair operates: Madrid, Malaga, Seville, Alicante, Valencia, Barcelona , Girona, Santiago, Ibiza and Palma.

"The company continues to bring crews from abroad, from Italy, from Morocco, from Portugal. We have brought it to the attention of the Labor Inspectorate and we hope that in the next few days of the strike they will go to the crew rooms and prove the company's abuse regarding the shifts, which cannot be longer than a normal day according to the ministerial resolution. We find clearly abusive shifts with the sole objective of breaking the strike", said Ernesto Iglesias, head of Flight of USO-Air Sector . Likewise, he has denounced that 5 workers have been fired due to the strike, 2 in Malaga, one in Santiago, one in Barcelona and one in Girona.

Employees demand a collective agreement that includes decent working conditions and under Spanish law. "The workers do not have their salary, vacations or free time fixed," Isabel Rubio, secretary of the USO-Air Sector Union Action, denounced on Tuesday.

The workers of the British airline EasyJet have also joined the protests, who plan to go on strike on July 15, 16, 17, 29, 30 and 31, to demand the unblocking of the collective agreement.